NATIONAL arbitration PANEL. In the Matter of the arbitration ). ). between ). ). UNITED STATES POSTAL SERVICE ) Case No. Q06C-4Q-C 11182451. ). and ). ). AMERICAN POSTAL WORKERS ). UNION, AFL-CIO ). ). BEFORE: Shyam Das APPEARANCES: For the POSTAL Service: Julienne W. Bramesco, Esq. Redding C. Cates, Esq. For the APWU: Darryl J. Anderson, Esq. Place of Hearing: Washington, Dates of Hearing: November 12, 2015. November 13, 2015. Date of Award: August 18, 2016. Relevant Contract Provision: Article Contract Year: 2010-2015. Type of Grievance: Contract Interpretation 2 Q06C-4Q-C 11182451. Award Summary: . The POSTAL Service violated the National Agreement by notifying the Union of HCR contracts after they have been let. The POSTAL Service is ordered to cease and desist such violations and to comply with the notice and procedural provisions of Article before it awards a Highway Contract Renewal (HCR) contract.

1 NATIONAL arbitration PANEL. In the Matter of the arbitration ). ). between ). ). UNITED STATES POSTAL SERVICE ) Case No. Q06C-4Q-C 11182451. ). and ). ). AMERICAN POSTAL WORKERS ). UNION, AFL-CIO ). ). BEFORE: Shyam Das APPEARANCES: For the POSTAL Service: Julienne W. Bramesco, Esq. Redding C. Cates, Esq. For the APWU: Darryl J. Anderson, Esq. Place of Hearing: Washington, Dates of Hearing: November 12, 2015. November 13, 2015. Date of Award: August 18, 2016. Relevant Contract Provision: Article Contract Year: 2010-2015. Type of Grievance: Contract Interpretation 2 Q06C-4Q-C 11182451. Award Summary: . The POSTAL Service violated the National Agreement by notifying the Union of HCR contracts after they have been let. The POSTAL Service is ordered to cease and desist such violations and to comply with the notice and procedural provisions of Article before it awards a Highway Contract Renewal (HCR) contract.

2 The POSTAL Service also is ordered to comply with the following remedy: (1) Within six months of the date of this Award (unless otherwise agreed), the POSTAL Service shall convert the 110 (or whatever number there continue to be) disputed routes remaining in service (out of the original 212 cited violations) to PVS service for a four-year period. (2) By agreement, the parties may substitute other route(s) to be converted to PVS service pursuant to this order based on particular circumstances. (3) I retain jurisdiction to resolve any matters relating to implementation of this remedy. Shyam Das, Arbitrator BACKGROUND Q06C-4Q-C 11182451. This grievance was filed by the APWU on April 19, 2011, alleging that the POSTAL Service had continuously violated the provisions of Article 15 and 32 by notifying the National Union of Highway Contract Renewal (HCR) contracts after they have been let.

3 The Union cited 212 violations that occurred in 2010. The Union asked for a comprehensive remedy requiring that the 110 disputed routes remaining in service be converted from HCR routes to PVS routes for the regular HCR contract period of four years. The Union is also seeking compensation for the time after the violations when the routes have remained in service as HCR The parties exchanged 15-Day letters on May 31, 2011. At an initial arbitration hearing on September 4, 2014, the POSTAL Service requested bifurcation to determine whether the remedy for violations of Article previously had been adjudicated, Case No. Q94V-4Q-C. 96044758 (Das 2004), hereinafter referred to as the St. Petersburg Award. On March 16, 2015, I issued an Interim Award in the present case, which included the following Findings: 1. The Union requests: (1) that the 110 HCR contracts at issue that are still in existence be terminated and the work in question assigned to PVS employees for a regular-contract standard four-year period; (2) that, as compensation for the violation of Article by contracting out under the HCR contracts that are now inactive, the bargaining unit be awarded compensation in the amount of $61,678,277; (3) that, as compensation for the wrongful contracting out of bargaining unit work under the 110 active contracts at issue, the bargaining unit be awarded compensation in the amount of $265,082,961 for fiscal years 2010 through 2015.

4 (4) that, as compensation for any further delay in assigning this work to PVS employees, the bargaining unit be awarded compensation in the amount of $10,195,499 (or the appropriate proportion of that amount if some of the work is assigned to PVS) for each pay period after the Award in this case in which any of the 110 active HCR contracts has not been terminated and the work has not been assigned to PVS employees; (5) that the parties be instructed to meet and seek to reach an agreement on a remedy for all like or related violations of Article that have occurred since the filing of the dispute in this case and that are the subject of a pending dispute between the parties; (6) that the POSTAL Service be ordered to cease and desist from failing to comply with the procedural requirements of Article ; (7) that the Arbitrator retain jurisdiction to resolve any dispute about the implementation of this remedy award; and (8) that the Arbitrator retain jurisdiction to resolve any dispute over the validity of the various reasons offered by the POSTAL Service for its non-compliance with Article , including: That the renewed contracts were emergency contracts That the renewed contracts were short-term contracts That the renewed contracts were temporary contracts That the renewed contracts were being extended to permit compliance with Article 2 Q06C-4Q-C 11182451.

5 In my 2004 St. Petersburg Award, which involved an admitted Article notice violation involving work in St. Petersburg, I rejected the Union's contention that a uniform compensatory remedy such as it was seeking was required in all such cases. I held that "a determination that one remedy fits all Article notice violation cases is not warranted." I provided a list of factors "an arbitrator conceivably could properly consider in fashioning a remedy for a violation of Article of the sort at issue in this case."3 The statement of my Award was as follows: The National Agreement does not mandate the remedy sought by the Union for notice violations under Article The issue of remedy in the underlying grievance involving HCR 33549 in St. Petersburg is remanded to the local level, including regional arbitration if necessary. The grievance in that particular case, as in the present case, was initiated at Step 4.

6 Article notice violation grievances prior to the St. Petersburg case, to my knowledge, had been filed and grieved locally and -- if they went to arbitration -- were arbitrated at the regional I treated the issue of remedy as one that would turn mostly on local facts, which in a case like that -- which the POSTAL Service claimed was an isolated instance of a notice violation -- was appropriate. In that case, I did not focus on the fact that notice under Article and the procedure triggered by such notice occurs at the National level, that is, between POSTAL Headquarters and the National Union. Res judicata does not apply in this case. In St. Petersburg the Union was seeking a uniform remedy for every Article notice violation regardless of other circumstances. I ruled against that. Here, the Union asserts the need and right to obtain an _____. 3. The POSTAL Service conceded that the compensatory remedy the Union sought in that case could be appropriate in a particular case -- meaning a particular individual case -- depending on the circumstances.

7 4. The POSTAL Service more generally maintained in that case that National level arbitrators consistently had rejected Union demands for blanket remedies, and, instead, remanded grievances from the National level to the regional level for resolution. 3 Q06C-4Q-C 11182451. effective remedy at National arbitration for what it alleges is a systemic and pervasive failure by the POSTAL Service at the National level to provide the required Article notice in literally hundreds of cases. The Union alleges that the POSTAL Service knowingly and repeatedly violated Article and characterizes the POSTAL Service's action as, in effect, an abrogation of the parties' contract. Whatever the merits of the Union's contentions or its proposed remedy, this grievance raises different issues than the St. Petersburg case. Moreover, the Union's complaint really cannot be addressed on a case-by-case basis particularly at the regional arbitration level.

8 The St. Petersburg Award rejected the notion of one remedy fits all Article notice cases. It did not address the issue of a comprehensive remedy for the sort of National level violation of Article alleged by the Union in this case. The POSTAL Service further argues that the Union has not identified an interpretive issue to be decided in this case, pointing out that there is no dispute regarding the language of Article and that the issue of remedy was presented and decided in the St. Petersburg Award. To be sure, the Union cannot simply consolidate multiple separate notice violation claims each of which needs to be considered on its own merits with respect to whether there was a violation and, if so, what is the appropriate remedy. That would not raise an interpretive issue. But if the evidence establishes what the Union alleges in this case -- a wholesale abrogation or disregard of the notice requirements in Article by the POSTAL Service at the National level -- then the issue of whether the POSTAL Service's actions or inactions warrant the sort of comprehensive and extraordinary remedy the Union seeks -- which can only be obtained in National arbitration -- could constitute an interpretive issue for purposes of Article 15.

9 See my decisions in the September 6, 2002 Interim Award in the St. Petersburg case (Case No. Q94V-4Q-C 96044758) and in Case Nos. Q06C-4Q-C 10032106/10005587 (2010) and the National Awards cited therein. The provisions in Article 1(a) allowing for a class action grievance relate to class actions arising in a single office, not the situation posited here by the Union. And the Union's ability to possibly file an unfair labor practice claim before the NLRB. does not mean it is foreclosed from seeking a remedy under the grievance and arbitration provisions of the National Agreement. 4 Q06C-4Q-C 11182451. Accordingly, I conclude that National arbitration of this grievance is not barred by res judicata and that, as set forth above, this grievance may present an interpretive issue properly to be decided in National arbitration . That will depend on the evidence developed at a hearing on the merits.

10 INTERIM AWARD. The arbitrability or jurisdictional issues raised by the POSTAL Service in opposition to arbitration of the Union's Step 4 grievance in this case are resolved on the basis set forth in the final paragraph of the above Findings. There is no dispute that the POSTAL Service has nearly always used two types of services side by side for highway movement of mail: Highway Contract Services, which are contracted services, and POSTAL Vehicle Services (PVS) which is made up of APWU MVS craft employees. Article provides: The AMERICAN POSTAL WORKERS Union, AFL-CIO, and the United States POSTAL Service recognize the importance of service to the public and cost to the POSTAL Service in selecting the proper mode for the highway movement of mail. In selecting the means to provide such transportation the POSTAL Service will give due consideration to public interest, cost, efficiency, availability of equipment, and qualification of employees.

3 the parties presented lengthy opening statements that elaborated on the positions they had taken in their pre-hearing briefs. Between February 17 and April 28, 2016, the Panel held eighteen days of 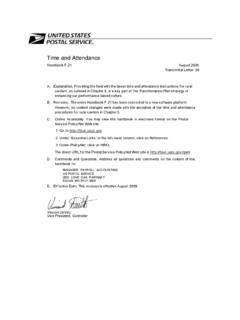 Time and Attendance Letter Handbook F-21 August 2009 Transmittal Letter 38 A. Explanation. Providing the field with the latest time and attendance instructions for rural 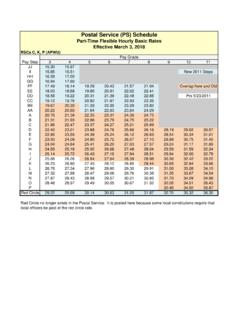 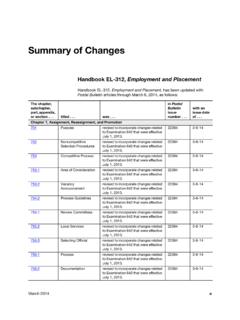 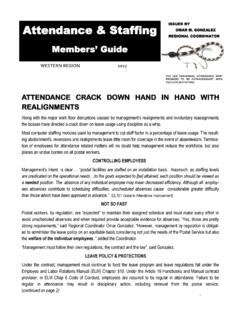 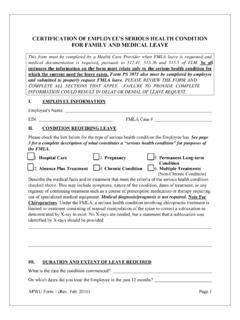 APWU Form 1 (Rev. Feb. 2016) Page 1 CERTIFICATION OF EMPLOYEE'S SERIOUS HEALTH CONDITION FOR FAMILY AND MEDICAL LEAVE This form must be completed by a Health Care Provider when FMLA leave is requested and 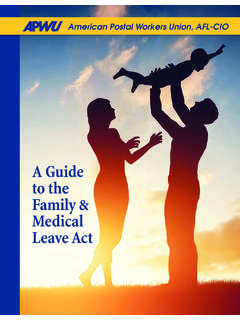 6 under the family and medical 12 months, and work at a location where the employleave act of 1993 (FMLA), eligible employees of the U.S. Postal Service are entitled to receive unpaid leave for 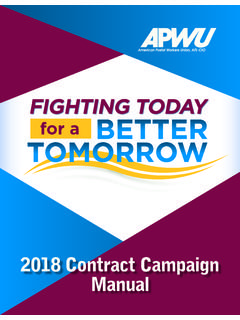 2018 Contract Campaign Manual 3 As we progress further into the 21st century, postal workers are confronting signiﬁcant challenges. How can we build our own power and triumph over unrelenting attacks by 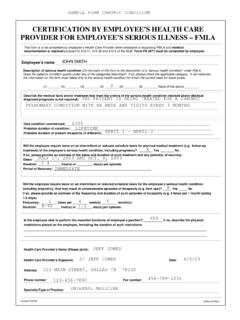 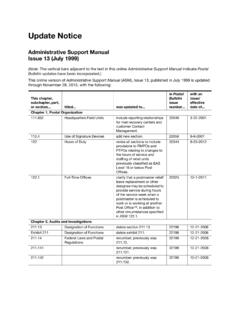