2 In a criminal trial, a magistrate may either sit alone or preside with the assistance of one or two assessors. The criminal jurisdiction of magistrates is dependent upon the seniority of the magistrate whereas the civil jurisdiction is not. The High court enjoys superiority over the Magistrates' court . In a criminal trial, this court is considered duly constituted if composed of one judge and two assessors. When reviewing any criminal proceedings of an inferior court , one or more judges are required, while in an appeal it is mandatory that it be constituted by at least two judges. The High court has full original criminal jurisdiction over all persons and over all matters in Zimbabwe'.

4 This court only sits as an appellate court and does not have original jurisdiction. There is one exception to this, namely, that it may sit as a first and final court under of the Constitution in matters where it is alleged that the Bill of Rights has been or is being infringed. For the purposes of civil cases, the Magistrates' court has the same jurisdiction regardless of the seniority of the magistrate presiding over the matter. In other words, in civil matters, unlike criminal cases, there is no division of magistrates into four classes of ordinary, senior, provincial and regional magistrates. A Magistrates' court has jurisdiction to apply both customary law and general law in its determination of civil cases.

5 Regarding the composition, in a civil case, the magistrate sits alone. He/she may appoint one or more persons to sit as assessors and assist in an advisory capacity'. Any such appointment requires the approval of the Minister of Justice. The person appointed must be willing to serve and have skill and experience in any matter to be considered by the court . Unlike in a criminal case, an assessor appointed in a civil case merely sits to advise and has no voice in the findings of the court on both matters of fact and of law. In the case of the High court , in civil cases, the judge sits alone. He/she may also appoint one or more persons to sit as an assessor(s) and assist in an advisory capacity'.

7 It may be composed of two judges when hearing an appeal from any court other than the High court , provided this happens on the directions of the Chief Justice. If an appeal involves a difficult or important question of law, the presiding judge may direct that the appeal be heard by a greater number of judges. In such cases, the Chief Justice shall determine the size of the reconstituted court . The minimum number of judges who must be appointed to the Supreme court is three. There is no maximum number. The number of judges at any given one time is determined by the President in terms of of the Constitution. This court has appellate jurisdiction only in civil matters, except where the issue is brought under of the Constitution.

8 An appeal only lies with the Supreme court where the provisions of the relevant statute say so. Specialised tribunals like the administrative and labour court are higher than the Magistrates' court but rank slightly lower than the High court . In conclusion, the above research has outlined the hierarchy and structure of the courts of law in Zimbabwe. At the zenith is the Supreme court , followed by the High court while the Magistrates' court anchors the hierarchical structure. (b) The relevant pieces of legislation regulating the jurisdiction of the High court are the Constitution of Zimbabwe and the High court Act [Chapter 7:06] (hereinafter referred to as the Act).

9 The High court has full original criminal jurisdiction over all persons and over all matters in Zimbabwe. This means that there is no limit to its jurisdiction regarding the nature of the crime, the possible punishment and the place within Zimbabwe where the crime is committed. The High court may impose any lawful punishment, for example, life imprisonment or the death 7. sentence on convicted persons. It has jurisdiction to try cases such as murder, treason, for example in S v Tsvangirai (2004), banditry and insurgency as in S v Bennet (2010). Its jurisdiction over persons is limited by of the Constitution, which grants the President, while in office, immunity from any criminal proceedings whatsoever in any court '.

10 The High court 's extra-territorial jurisdiction is limited for statutory crimes; this depends on the provisions of the relevant statute. It has this jurisdiction over crimes committed wholly or partly outside Zimbabwe if the conduct which constituted the crime took place in Zimbabwe; if the crime is against public security in Zimbabwe or the safety of the state in Zimbabwe; or if the crime has produced, or was intended to produce, a harmful effect in Zimbabwe or was committed with the realisation that there was a real risk or possibility that it might produce such an effect. In S v Mharapara (1985), it was held that the High court had jurisdiction to try a Zimbabwean diplomat who, while in a foreign country, stole money belonging to the Zimbabwean government. 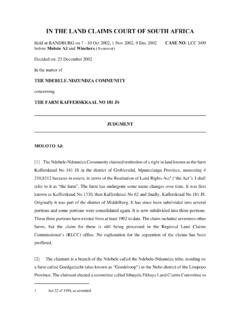 IN THE LAND CLAIMS COURT OF SOUTH AFRICA 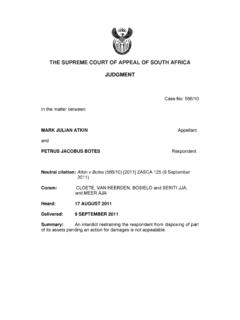 THE SUPREME COURT OF APPEAL OF SOUTH AFRICA JUDGMENT Case No: 566/10 In the matter between: MARK JULIAN ATKIN …

Ubuntu as a moral theory and human rights in … 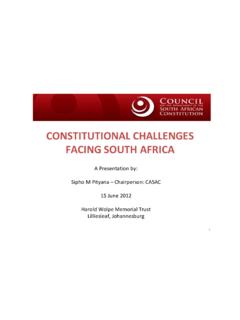 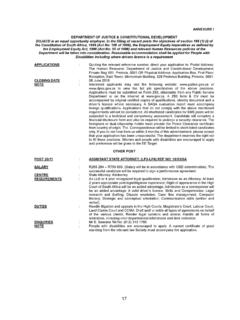 17 ANNEXURE I DEPARTMENT OF JUSTICE & CONSTITUTIONAL DEVELOPMENT DOJ&CD is an equal opportunity employer. In the filling of vacant posts the objectives of section 195 (1) (i) of