with air pockets in a system we can appreciate that Air Release Valves (ARV) are devices ideally suited to eliminate those problems. As a function of physics, entrained air will settle out of the liquid being pumped and collect at high points within the system. if provisions are not made to remove this air from high points, pockets of air will

2 The pump will have to operate at a higher head to overcome the constricted flow. The elimination of air pockets minimizes the problem and greatly improves the pipeline : Air Release valves and Air/Vacuum valves are of fairly simple construction and are not expensive. APCO s years of experience have proven almost without exception that the cost of air valves is less than one percent of the total installed pipeline Release valves represent low cost insurance for protection of expensive pipelines. Furthermore, the Air Release valves pay for themselves by eliminating air pockets and maximizing the capacity and operating efficiency of the pipeline. Additionally, protection against pipeline damage will also occur because it is a well known fact that air pockets are a major encouragement to surge pressures and water hammer in a Orifice Sizes for Air Release ValvesFor many decades sizing orifices for Air Release valves has been a mystery.

3 Air entrapped in pipelines is an invisible culprit and no quantitative means exist to determine the precise amount of entrapped air in a flooded transmission pipeline. Also there is no positive means to quantify the volume of liberated air (from the media), which will accumulate and must be vented from each high point. APCO has solved the such as: Source of Media Pressure differential across the pump operating pressure plus pressure/temperature fluctuations along the transmission line, will dictate the amount of air released from the media accumulating at each high Release valves discharge air (which has accumulated inside the VALVE ) from the high point. Generally, Air Release valves are not constantly discharging air during system operation, but only discharge intermittently as air accumulates at the high on the preceding and more than 75 years application experience, APCO developed and recommends the following criteria be used:1.

4 Use 2% of the media volume divided by the number of high points as the minimum amount of entrapped Consider this volume as the basis for the amount of air to be discharged from each high point. AMOUNT OF AiR TO Be diSChARGed, CFM = FlOW CAPACiTy iN GPM x 2% or FlOW CAPACiTy iN GPM374 (As defined and Recommended)3. Upon determining the operating pressure of the system, refer to the APCO Venting Capacity Graph for Air Release VALVE Orifice then Table of Orifice Sizes to select Model and : A pipeline actual flow capacity of 18,700 GPM and operating at 150 psi. Amount of air to be discharged = 18,700374= 50 CFMU sing the Venting Capacity Graph for Air Release valves , 50 CFM and 150 psi will intersect the 3/16 orifice curve. Then, on the Table of Orifice Sizes, Model 200A with 3/16 orifice can be selected with the appropriate inlet : if the intersection of the Venting Capacity, (CFM) and Operating Pressure (PSi) lies between orifice curve, use the larger to Select and Size an Air Release VALVE When a Specific Venting Capacity is RequiredA.

5 Enter graph with pressure in the system and the venting capacity Read off nearest orifice diameter to intersection of pressure and capacity lines on enter table next page with orifice diameter and select VALVE which can use this orifice diameter at the pressure Differential Across VALVE in SizesVenting Capacity Graph For Air Release ValvesVenting Capacity In Cubic Feet Of Free Air Per Minute 1 32 1 16 3 32 1 8 5 32 3 16 7 32 1 4 5 16 3 8 7 16 1 2 1. Air Release ValvesTypically With Small Orifice 1/2" diameter or Smaller2. Air/Vacuum ValvesTypically With large Orifice 1/2" diameter Or larger3. Combination Air valves or DoubleOrifice Air ValvesWhen These Two valves Are Combined We HaveThere Are Two Types of Air Valves31. Air Release ValvesAir Release valves are hydro-mechanical devices which automatically vent small pockets of air as they accumulate at high points in a system while the system is operating and pressurized.

6 By understanding problems associated with air pockets in a system we can appreciate that Air Release valves (ARV) are devices ideally suited to eliminate those problems. As a function of physics, entrained air will settle out of the liquid being pumped and collect at high points within the system. if provisions are not made to remove this air from high points, pockets of air will collect and grow in size. Air pocket growth will then gradually reduce the effective liquid flow area, creating a throttling effect as would a partially closed VALVE . The degree which flow is reduced and some ensuing problems are described in the the velocity of the liquid will remove air bubbles if the pipeline slopes upward to lodge at a high point. But, if the pipeline is fairly flat, the ceiling of the pipe is very rough or the pipeline slopes downward, the velocity may not be sufficient to keep the air pockets (bubbles) moving.

7 Additional Air Release valves (ARV s) must be installed to prevent this throttling extreme cases it is possible for an enlarging pocket of air collecting at a high point within a system to create an air block to a degree where the flow of fluid virtually stops. in this severe case an air problem is easily detected and installation of ARV s at the high points will remove the restrictive pockets of air to restore system serious consequence is sudden movement of these air pockets causing rapid velocity changes of the liquid being pumped. The dynamics involved in velocity change can be substantial, resulting in high pressure surges and other destructive phenomena in the , problems with air entrapped in a system can range from mild, but costly, to severe and destructive. The design engineer should prevent accumulation of air by installing ARV s on all high points of a Release VALVE OperationThe valves installed on a high point of the system will fill with liquid, shut off, and be subjected to system pressure.

9 Accordingly, the higher the system pressure the smaller the orifice diameter must be to allow the VALVE to open and release accumulated air. Conversely, with the same VALVE and a lower system pressure, a larger diameter orifice can be used to release accumulated : ARV s are intended to release air as it accumulates at high points during system operation. They are not normally recommended for vacuum protection nor to vent large volumes of air when filling large diameter pipelines, because inherently ARVs have small orifices, usually less than 1/2" diameter Air/Vacuum valves have much larger orifices for this purpose. however, ARV s will permit small quantities of air to re-enter under negative conditions and if objectionable, specify ARV s with a vacuum for APCO Computer Software Programs for sizing and specifying your LeverAPCO Series #55 Compound LeverAPCO Series #200 ASimple Lever Seat DetailStandard Orifices Are In GrayModelInlet SizeMaximum Orifice Sizes Which Can Be Used With The Following ". 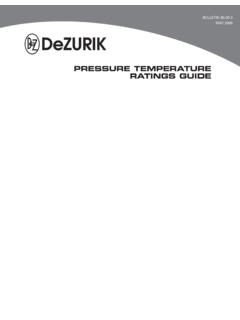 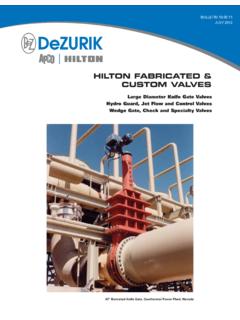 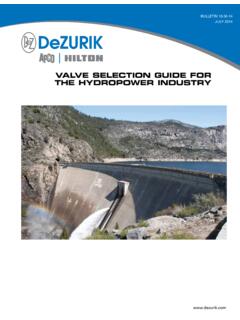 VALVE SELECTION GUIDE FOR THE HYDROPOWER … 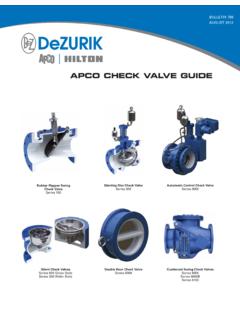 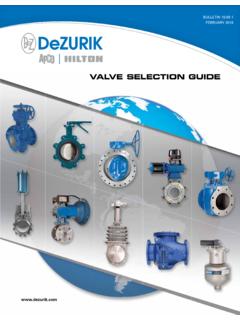 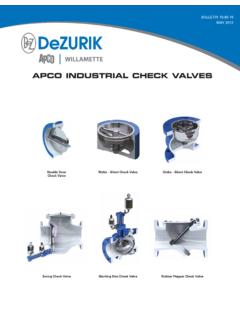 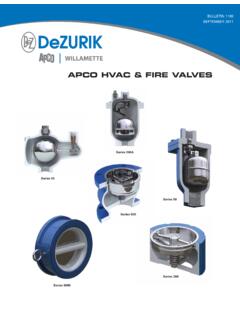