authenticity , Congruence and Transparency Germain Lietaer Although Rogers had always attached great importance to the therapist's authenticity (see for example Rogers, 1951, p. 19), it was not until his 1957 paper about the 'necessary and sufficient conditions' that he mentioned it explicitly as a separate therapeutic condition, along with empathy and acceptance. From 1962. on, he even called it the most fundamental of all three basic attitudes, and continued doing this in his later works. Here is how Rogers describes it: Genuineness in therapy means that the therapist is his actual self during his encounter with his client.

Authenticity, Congruence and Transparency Germain Lietaer Although Rogers had always attached great importance to the therapist's authenticity (see for example

1 authenticity , Congruence and Transparency Germain Lietaer Although Rogers had always attached great importance to the therapist's authenticity (see for example Rogers, 1951, p. 19), it was not until his 1957 paper about the 'necessary and sufficient conditions' that he mentioned it explicitly as a separate therapeutic condition, along with empathy and acceptance. From 1962. on, he even called it the most fundamental of all three basic attitudes, and continued doing this in his later works. Here is how Rogers describes it: Genuineness in therapy means that the therapist is his actual self during his encounter with his client.

2 Without facade, he openly has the feelings and attitudes that are flowing in him at the moment. This involves self-awareness; that is, the therapist's feelings are available to him to his awareness - and he is able to live them, to experience them in the relationship, and to communicate them if they persist. The therapist encounters his client directly, meeting him person to person. He is being himself, not denying himself. Since this concept is liable to misunderstanding, let me state that it does not mean that the therapist burdens his client with overt expression of all his feelings.

3 Nor does it mean that the therapist discloses his total self to his client. It does mean, however, that the therapist denies to himself none of the feelings he is experiencing and that he is willing to experience transparently any persistent feelings that exist in the relationship and to let these be known to his client. It means avoiding the temptation to present a facade or hide behind a mask of professionalism, or to assume a confessional-professional attitude. It is not simple to achieve such reality. Being real involves the difficult task of being acquainted with the flow of experiencing going on within oneself, a flow marked especially by complexity and continuous change.

4 (1966, ). This definition implies clearly that genuineness has two sides: an inner one and an outer one. The inner side refers to the degree to which the therapist has conscious access to, or is receptive to, all aspects of his own flow of experiencing. This side of the process will be called ' Congruence '; the consistency to which it refers is the unity of total experience and awareness. The outer side, on the other hand, refers to the explicit communication by the therapist of his conscious perceptions, attitudes and feelings. This aspect is called ' Transparency ': becoming 'transparent' to the client through communication of personal impressions and experiences.

5 Although this splitting up of genuineness into two components may be slightly artificial, we find it justified from a didactic point of view as well as clinically meaningful. Indeed, a congruent therapist may be very or minimally transparent, according to his style or orientation; a transparent therapist may be congruent, or he may be incongruent (something which makes him or her a 'dangerous' therapist). In a first point, we will discuss the concept of Congruence , which has always been given the most weight in Rogers'. definition. In a second one, we will then deal with Transparency .

6 1. Congruence Why did Rogers come to attach so much importance to the therapist's Congruence , and why did he even come to see it as the most fundamental basic attitude? We hope to answer this question gradually, while further explaining the concept itself. Personal Presence Rogers was always opposed to the idea of the therapist as a 'white screen'. He designed a 'face-to-face'. type of therapy, in which the therapist is highly involved with the client's experiential world, and in which he, consequently, shows little of himself. Yet he does show his involvement in an open and direct way, without hiding his real feelings behind a professional facade.

7 He tries to be himself without artificiality and haziness. By adopting such a 'natural', spontaneous attitude, the client-centred therapist certainly does not favour the process of regression and transference; but Rogers did not see this 'detour-process' as essential to personality change. More than the psychoanalysts, he believed in the therapeutic value of a 'real'. relationship between client and therapist, and saw other, more important advantages in it as well. In such a working relationship, the therapist serves as a model: his Congruence encourages the client to take risks himself in order to become himself.

8 Along with this, Rogers gradually came to consider the therapist's Congruence as a crucial factor in establishing trust, and came to emphasise the idea of acceptance and 1 of 12. empathy only being effective when they are perceived as genuine: Can I be in some way which will be perceived by the other person as trustworthy, as dependable or consistent in some deep sense? Both research and experience indicate that this is very important, and over the years I have found what I believe are deeper and better ways of answering this question. I used to feel that if I fulfilled all the outer conditions of trustworthiness - keeping appointments, respecting the confidential nature of the interviews, etc.

9 - and if I acted consistently the same during the interviews, then this condition would be fulfilled. But experience drove home the fact that to act consistently acceptant, for example, if in fact I was feeling annoyed or sceptical or some other non-acceptant feeling, was certain in the long run to be perceived as inconsistent or untrustworthy. I have come to recognise that being trustworthy does not demand that I be rigidly consistent but that I be dependably real. The term 'congruent' is one I have used to describe the way I would like to be. By this I mean that whatever feeling or attitude I am experiencing would be matched by my awareness of that attitude.

10 When this is true, then I am a unified or integrated person in that moment, and hence I can be whatever I deeply am. This is a reality which I find others experience as dependable. (Rogers, 1961, ). This also means that the therapist should give priority to discussing his own feelings whenever they persistently stand in the way of the other two basic attitudes. Initially, Rogers considered such moments of self-expression as a 'help in need', as a therapist's last resort in discarding obstacles to his involvement with the client's experiential world.

Reflections on Field Theory The British Gestalt Journal, 1991, 1, 68-91 by Malcolm Parlett Commentary: The following is an edited version of a … therapy. With the publication of Client-Centred Therapy in 1951 Rogers became a major force in the world of psychotherapy and established his position as a practitioner, theorist and researcher who warranted 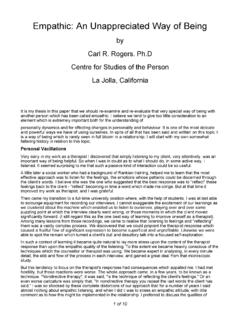 Empathic: An Unappreciated Way of Being by Carl R. Rogers. Ph.D Centre for Studies of the Person La Jolla, California It is my thesis in this paper that we should re-examine and re-evaluate that very special way of being with

The Person-Centred Approach to Therapy Dave Mearns: (Paper presented at the Scottish Association for Counselling, 31st May, 1980. For private distribution) 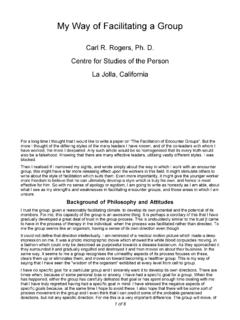 My way of facilitating a group

My Way of Facilitating a Group Carl R. Rogers, Ph. D. Centre for Studies of the Person La Jolla, California For a long time I thought that I would like to write a paper on "The Facilitation of Encounter Groups".

Group, Facilitating, My way of facilitating a group 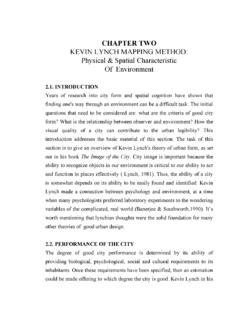 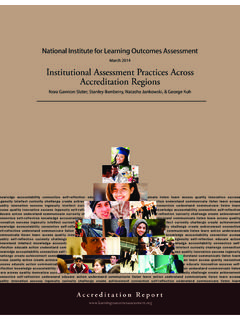 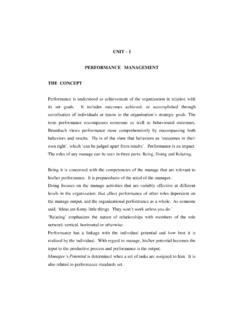 UNIT I PERFORMANCE MANAGEMENT THE …

UNIT – I PERFORMANCE MANAGEMENT THE CONCEPT Performance is understood as achievement of the organization in relation with its set goals. It includes outcomes achieved, or accomplished through