2 9. Heat exchanger boiler model ..10. General ..10. Heat exchanger Basics ..10. T-Q diagram ..11. Heat recovery Steam generator Heat exchanger model of furnace-equipped boilers ..13. References ..15. The Basics of Steam Generation - 2. Introduction The world energy consumption has doubled in the last thirty years and it keeps on increasing with about 1,5 % per year. While the earth's oil and gas reserves are expected to deplete after roughly one hundred years, the coal reserves will last for almost five hundred years into the future. In Finland, 50 % of the electrical power produced, is produced in Steam power plants. But there are more reasons to why electricity Generation based on Steam power plant will continue to grow and why there still will be a demand for Steam boilers in the future: The cost of the produced electricity is low The technology has been used for many decades and is reliable and available Wind and solar power are still expensive compared to Steam power The environmental impact of coal powered Steam plants have under the past decade been heavily diminished thanks to improved SOx and NOx reduction technology The paper industry uses Steam boilers as a vital utility to recycle chemicals and derive electricity from black liquor (pulping waste).

3 Waste and biofuels can effectively be combusted in a boiler Basics of boilers and boiler processes Definition In a traditional context, a boiler is an enclosed container that provides a means for heat from combustion to be transferred into the working media (usually water) until it becomes heated or a gas ( Steam ). One could simply say that a boiler is as a heat exchanger between fire and water. The boiler is the part of a Steam power plant process that produces the Steam and thus provides the heat. The Steam or hot water under pressure can then be used for transferring the heat to a process that consumes the heat in the Steam and turns it into work. A Steam boiler fulfils the following statements: It is part of a type of heat engine or process Heat is generated through combustion (burning).

4 It has a working fluid, heat carrier that transfers the generated heat away from the boiler The heating media and working fluid are separated by walls In an industrial/technical context, the concept Steam boiler (also referred to as Steam generator ). includes the whole complex system for producing Steam for use e. g. in a turbine or in industrial process. It includes all the different phases of heat transfer from flames to water/ Steam mixture (economizer, boiler, superheater, reheater and air preheater). It also includes different auxiliary systems (e. g. fuel feeding, water treatment, flue gas channels including stack). [1]. The heat is generated in the furnace part of the boiler, where fuel is combusted.

5 The fuel used in a boiler contains either chemically bonded energy (like coal, waste and biofuels) or nuclear energy. Nuclear energy will not be covered in this material. A boiler must be designed to absorb the maximum amount of heat released in the process of combustion. This heat is transferred to the boiler water through radiation, conduction and convection. The relative percentage of each is dependent upon the type of boiler, the designed heat transfer surface and the fuels that power the combustion. The Basics of Steam Generation - 3. A simple boiler In order to describe the principles of a Steam boiler, consider a very simple case, where the boiler simply is a container, partially filled with water (Figure 1).

6 Combustion of fuel produce heat, which is transferred to the container and makes the water evaporate. The vapor or Steam can escape through a pipe that is connected to the container and be transported elsewhere. Another pipe brings water (called feedwater ). to the container to replace the water that has evaporated and escaped. Since the pressure level in the boiler should be kept constant (in order to have stable process values), the mass of the Steam that escapes has to be equal to the mass of the water that is added. If Steam leaves the boiler faster than water is added, the pressure in the boiler falls. If water is added faster than it is evaporated, the Figure 1: Simplified boiler drawing.

7 Pressure rises. If more fuel is combusted, more heat is generated and transferred to the water. Thus, more Steam is generated and pressure rises inside the boiler. If less fuel is combusted, less Steam is generated and the pressure sinks. A simple power plant cycle The Steam boiler provides Steam to a heat consumer, usually to power an engine. In a Steam power plant a Steam turbine is used for extracting the heat from the Steam and turning it into work. The turbine usually drives a generator that turns the work from the turbine into electricity. The Steam , used by the turbine, can G. be recycled by cooling it until it condensates into water and then return it as feedwater to the boiler.

8 The condenser, where the Steam is condensed, is a heat exchanger that typically uses water from a nearby sea or a river to cool the Steam . In a typical power plant the pressure, at which the Steam is produced, is high. But when the Steam has been used to drive the turbine, the pressure has dropped drastically. A. pump is therefore needed to get the pressure Figure 2: Rankine cycle back up. Since the work needed to compress a fluid is about a hundred times less than the work needed to compress a gas, the pump is located after the condenser. The cycle that the described process forms, is called a Rankine cycle and is the basis of most modern Steam power plant processes (Figure 2).

9 The Basics of Steam Generation - 4. Carnot efficiency When considering any heat process or power Hot reservoir Qh cycle it is necessary to review the Carnot (temperature Th). efficiency that comes from the second law of thermodynamics. The Carnot efficiency equation gives the maximum thermal efficiency of a system (Figure 3) undergoing a reversible Wcycle =. power cycle while operating between two Qh - Qc thermal reservoirs at temperatures Th and Tc (temperature unit Kelvin). TH TC T Cold reservoir Qc max = =1 C (1) (Temperature Tc). TH TH. To give a practical example of the use of this Figure 3: Carnot efficiency visualized theory on Steam boilers, consider the Rankine cycle example presented in Figure 2. 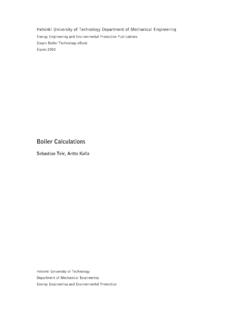 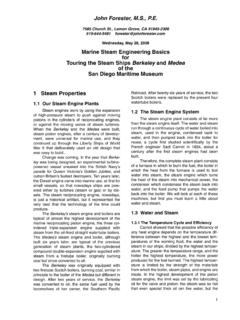 Steam Engineering Basics 3 When considering the volume of a pound of steam, consider that a pound of water has a vol-ume of only 0.016 cubic feet. 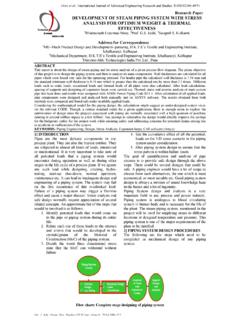 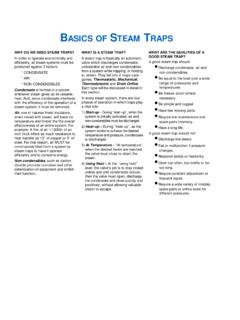 BASICS OF STEAM TRAPS WHY DO WE NEED STEAM TRAPS? In order to operate economically and efficiently, all steam systems must be …

Vb1 Engineering Data Book 3 Valves The valve is a controlled device that regulates the flow of a liquid or gas in a system. This regulation is accomplished by … 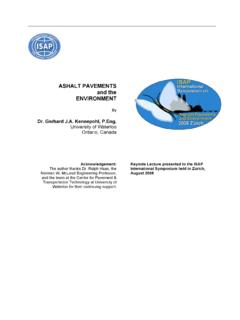 ASHALT PAVEMENTS and the ENVIRONMENT