like MIT’s ScratchJr designed for five to seven-year-olds. Meanwhile, in some countries including the UK, programming is already part of the curriculum, and there are a huge number of schools that teach coding around the world. So there’s never been more information for parents and teachers dedicated to helping to get kids coding.

2 Bibligraphy 83. Hello Hello, we are Primo Toys. We're a team of technologists, designers and educators who make toys that help children learn with technology. You may already know our first toy, Cubetto a playful wooden robot that helps young children aged 3+ learn the basics of computer programming through hands-on play, without a screen. We started building it back in 2013, and we made a bit of a splash last year when we launched Cubetto on the crowdfunding platform Kickstarter. We raised $ , becoming Kickstarter's most-funded educational technology project ever. At the time there were just five of us in the team. Now we are 17 and, after another Kickstarter campaign we look like this: 3. We created Cubetto because, like an increasing number of academics and experts, we believe that coding for kids is a new kind of literacy for the 21st century.. We think that for girls and boys, all over the world, learning to program will be as important as their ABCs and 123sw in helping them understand the world around them.

3 We believe that introducing children to a world of algorithms, bugs and queues also develops their problem-solving skills, encourages collaboration and nurtures children's creativity. Like Maria Montessori, the Italian educationalist acclaimed for her method that builds on the way children naturally learn, we think that children learn best through play. We also know that they're motivated by challenges; and that at very young ages, abstraction (the ability to think about a solution to a problem without trying it out first), is difficult. Coding is a new kind of literacy for the 21st century. 4. 4. Our aim is to help create a new global standard for coding education that incorporates this and other approaches to the way children learn best, both at home and in the classroom. We want to help a new generation to realise their full creative potential in a world of rapidly increasing technological progress. This ebook is part of that mission.

4 Why a book and why now? In the four years since we started, learning software programming for kids once a niche and nerdy enterprise has elbowed its way politely into the mainstream. Well-publicised and well-funded private and public campaigns (often helped along by very well- known entrepreneurs and stars Mark Zuckerberg, Bill Gates, ) have helped make this possible. A growing number of innovative designers, researchers, and of course crowdfunding platforms, have also helped propel coding toys and programming games to new heights. Children as young as three or four can now use block-based, tangible coding languages like our own or Kibo or Google's Project Bloks; while older children can build and program their own robot kits including Lego Mindstorms and LittleBits. And then there's a growing number of programming languages for kids, like MIT's scratchjr designed for five to seven-year-olds. Meanwhile, in some countries including the UK, programming is already part of the curriculum, and there are a huge number of schools that teach coding around the world.

5 So there's never been more information for parents and teachers dedicated to helping to get kids coding. If you Google kids' coding ebook' you'll find plenty of engaging publications that offer a step-by-step initiation to a variety of coding languages, all aimed at Beginning computer programming for kids. 5. The problem is that many of these have been written to complement formal schooling, which typically starts in most countries around ages five or six, and have been written for teachers rather than parents. So we decided to produce something that could also help children aged three to six. An introductory guide that brings together all those vital hands-on learning techniques and imaginative tips and tricks we've learned and developed over the years. Who is this book for? This book is primarily for parents who are keen to find out more about what computer programming is, and how they can introduce easy programming for kids in a fun and engaging way.

6 We also hope that teachers, particularly those less familiar with coding and its key concepts,will find it useful both as an introduction and a tool for their lessons. 6. How does this book work? In Part One: Introducing coding for kids', we dip into some of the key terminology that we'll use throughout the book that typically causes confusion. We'll also ask: Why learn to code in the first place?'. In addition, there's a brief but important history of educational coding, which introduces some of the bright minds and stunning innovations that got us to where we are today it sets the scene for the rest of the book, so please don't skip it! In Part Two: We look at two different age groups: Section i. Three to four years old. Section ii. Five to six years old. For both age groups we investigate: How children learn. Which computational and programming concepts should be introduced at each age. What games and exercises (some that use technology, and others that don't) we can use to teach these concepts in fun, authentic and creative ways, as well as programming ideas for kids, and the best programming languages for kids.

7 7. In Part Three: What next?', we take a quick look at the options available to parents and educators who want to introduce their children to programming beyond tangible devices. Who will find each section most useful? While we hope that you'll find each part of this book helpful, Part Two, Section i, on three- to four-year-olds has been written especially with parents in mind. Part Two, Section ii, for five- to six-year-olds has been written with both parents and teachers in mind. We hope you enjoy using this book as much as we enjoyed writing it. 8. Part One What do we mean by introducing computer programming for kids? Why should kids learn coding and computational thinking at all? A brief history of coding education for kids 9. What do we mean by: Introducing computer programming for Kids?'. Computing terminology can be tricky. Coding', programming ', computational thinking' and computer science' are often used interchangeably to mean the same thing.

8 To avoid confusion, let's start out by getting them straight. computer science is the study of what computers can actually do . it's essentially the theory side of things. computer scientists test and study what is possible using hardware (the physical components of a computer , like the hard drive and motherboard), and software (the programs and data that run on and that live in a computer 's hardware). Examples, given by Oxford University, of the kinds of things that concern computer scientists include whether computers can help us to model and investigate hugely complex systems like the human body, financial systems or the Earth's climate. Computational thinking is the thinking tool that computer scientists use for the kinds of investigations given above. The BBC puts it most succinctly: Computational thinking allows us to take a complex problem, understand what the problem is and develop possible solutions. We can then present these solutions in a way that a computer , a human, or both, can understand.

9 '. computer programming , on the other hand, is the practice of making a computer do things, normally through lines of code that have been written to create an intended outcome: If I write ABC the computer will do XYZ.'. 10. iStock/RichVintage Coding, even though it's often used as a catch-all for all three terms above, is just another slightly more contemporary way of saying computer programming ': ie the act of writing code, normally on a screen, to make a computer do something you want it to do. In this book, for reasons we'll outline later, we'll focus predominantly on introducing computational thinking approaches to children in younger age groups (three to four and five to six), tying in some of the basic elements of programming . For a glossary of all the terms we use in the book, please skip to the back! 11. Why should kids learn coding and computational thinking? 1) Coding nurtures creative expression 2) programming </>.

10 Demysti es tech 3) It teaches problem solving and persistence 4) Children learn by thinking about doing 5) But children also learn to think about thinking 12. Why should kids learn coding and computational thinking at all? There's a common assumption, not always helped by the tech industry itself, that kids need to learn coding because we need more computer scientists. More software engineers, the argument goes, would help shape our digital world for the better and, you know, it wouldn't be so bad for the economy either. (The term workforce-ready' comes to mind). To which the obvious response for a parent or educator is: But what if my child or student doesn't want to be a computer scientist?'. While it's true that the big tech firms Google, Facebook, Apple, Tesla are snapping up whizzkid engineers, there are far more exciting and compelling arguments for why children should learn to code, beyond: Because it's great for GDP. 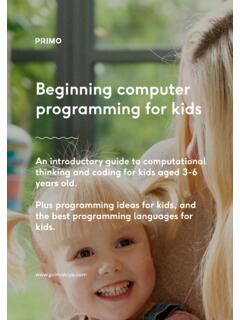 A brief history of coding education for kids 10 13 19 Part Two 23 The use of age groups in the eBook Section i) Three to Four Years Old Section ii) Five to Six Years Old 24 25 57 ... when we launched Cubetto 2.0 on the crowdfunding platform Kickstarter. We raised $1.6m, becoming Kickstarter’s most-funded educational ... 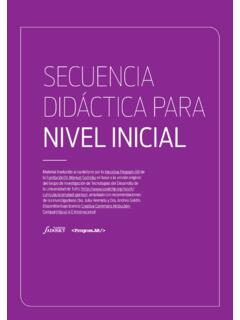 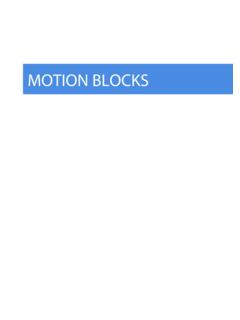 A STUDY PATH FOR - GitHub Pages 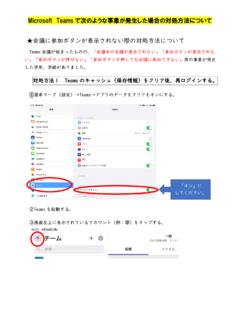 Enabling the Camera and Microphone in Teams - iPad 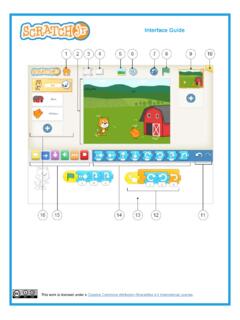 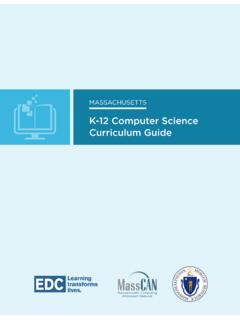