Bridge Rules By Neil H. Timm Rule of 2. You should interfere over the bid of 1NT in the balancing seat if you have two shortness points. Otherwise, do not interfere. Rule of 7. When playing NT contracts and having only one stopper in the suit led headed by the ace, one may use the Rule of 7 to decide how many times to hold up. Rule: subtract the total number of cards you and dummy hold in the suit from seven. This is the number of times you should hold up when the opponents lead the suit. The rule is also used with suit contracts. Rule of 8. Provided you have at least six starting points, you should interfere over 1NT in the direct seat if the number of cards in your two longest suits minus the number of losers in your hand is two or more. Otherwise, do not interfere.

Bridge Rules By Neil H. Timm Rule of 2 You should interfere over the bid of 1NT in the balancing seat if you have two shortness points. Otherwise, do not interfere.

1 Bridge Rules By Neil H. Timm Rule of 2. You should interfere over the bid of 1NT in the balancing seat if you have two shortness points. Otherwise, do not interfere. Rule of 7. When playing NT contracts and having only one stopper in the suit led headed by the ace, one may use the Rule of 7 to decide how many times to hold up. Rule: subtract the total number of cards you and dummy hold in the suit from seven. This is the number of times you should hold up when the opponents lead the suit. The rule is also used with suit contracts. Rule of 8. Provided you have at least six starting points, you should interfere over 1NT in the direct seat if the number of cards in your two longest suits minus the number of losers in your hand is two or more. Otherwise, do not interfere.

2 Rule of 9. A reopening double by opener is for takeout. Responder is expected to bid his best suit or pass for penalty with the correct hand. What is the correct hand? The Rule of 9 may help one decide whether to pass for penalty or bid. To use the rule, add the level of the contract, the number of the trump, and the number of trump honors held including the ten. If this sum is nine or more, pass the takeout double for penalty. If the number is eight or less, bid something, do not let the double stand. Rule of 10. Used to double a 2-level contract of the opponents. Double if the # of winning tricks +. the # of trump yields at least 2 tricks (8+2+10). For a 3-level contract, you need 9. winning tricks and only one trump trick (9+1=10). Following this guideline, a penalty double of a 1-level contract requires 7 winning tricks and 3 trump tricks.

3 Rule of 11. The Rule of 11 is used for placing the outstanding higher cards when partner makes a fourth best lead. One subtracts the spot of the card led from eleven to determine the number of higher cards in the remaining three hands. Since the high cards in the dummy and your hand can be seen, the remaining cards are with declarer. This information is quite useful in deciding which card to play on the trick and how to play the suit if you take the trick. If the answer does not make sense, the card led may not be fourth best. Rule of 10/12. When playing third and fifth best leads the concepts remain the same. Using fifteen as the base, subtract from fifteen the card led (third or fifth best). If partner's lead is third best, subtract spot card from twelve (15-3).

4 If partner's lead is fifth best, subtract spot card from ten (15-5). If you are not sure, try both; one of the answers is likely to make more sense than the other, giving you an idea of partner's holdings. Rule of 15. A rule used for opening the bidding in fourth seat. You should open the bidding if the number of high card points and the number of spades equals fifteen. This assumes that spades are likely to be evenly divided between the two partnerships and that a fit in spades may exist. Rule of 17. When your partner preempts with a weak major suit two bid, you have to decide whether to compete at the three-level or bid game. To help, one may use the Rule of 17. Add your high card points to the number of trump held. If this total is seventeen or more, bid game.

5 If the total is more than ten but less than seventeen compete to the three-level. If you are still unsure, use OGUST and bid 2NT; if the response is 3 (good hand, bad suit) or 3 . (good hand, good suit), bid game, compete to only the four-level, otherwise, raise the bid to the three-level. Rule of 20/22. To determine whether or not to open a hand in the first or second seat, one often uses the rule of 20/22. If the number of high card points and the number of cards in your two longest suits add to twenty and you have two quick tricks, open the hand. In the third or fourth seats, one only needs 1 and one-half quick tricks (the rule of 21 ). Rule of 24 (Losing Trick Count). Losing trick count is a method of evaluating the hand to determine the proper bidding level. The method is most effective with unbalanced hands with an eight-card or better trump fit when the two hands have different distributional patterns.

6 The Rule of 24 goes as follows. STEP 1: Count your losers and assume seven losers in your partner's hand. Rule: 24-7- (Your losers) = Number of Tricks. Reduce the number of tricks by six to determine the level of the bid. STEP 2: Partner will correct the bid with fewer than seven losers. Note: Only the first three cards in each suit are considered when counting losers in each suit. With three cards, only the A, K, and Q are not losers. With less than two cards, then AQ= , Kx= , KQ=1, K=1, Q=1, Qx=2 represent losers. Rule of 26. When opening one of a major, some partnerships play direct splinters or concealed/ambiguous splinters. In either case, a splinter bid usually shows four-card support for the major suit bid and 13+ HCP. When should the opening bidder consider slam?

7 One may apply the Rule of 26. Opener merely adds his HCP in his suits outside the known splinter suit and if the total is 26+, you should consider slam in the major suit bid. This rule works because once the partnership can ignore an entire suit, you can expect to make a small slam with only 26+ game points; you do not need 33+ points which is required when you have to take into account all the suits. Rule of 44. When you open 2 , should you bid 2NT or two of a major? If you intend to bid 2NT, you should have 22-24 HCP and notrump distribution. This is not the case when you bid a major 2 or 2 . What are critical are losers and quick tricks, not points! What is needed? To open 2 and then bid a major requires at least five cards in the major, NO MORE. THAN FOUR LOSERS and a minimum of FOUR QUICK TRICKS (A=1, K= , KQ.)

8 =1); the rule of 44. Given these two requirements, open TWO CLUBS, independent of points. Let's look at an example: You hold the hand AKQJ2 AKQ10 76 7. You have only 19 HCP + one length point or twenty starting points. But you have three losers in the minors (less than four losers) and four quick tricks (two aces and two KQ combinations);. using the rule of 44, open the hand 2 . Marty Bergen in the September 2009 issues of the Bridge Bulletin (page 50) also reviews this rule, but he did not name it the Rule of 44. Rule of 64. When opening a hand that is 6-4, show the four-card suit only if the number of HCP in the four-card suit is greater than or equal to the number of HCP in the six-card suit. If this is not the case, rebid the six-card suit and do not show the four-card suit.

9 The only exception is when you are 6-4 in the majors. Show the other major. Rule of 2/3. This is a guide to preemptive opening bids and overcalls is that one cannot afford to set more than five hundred unless one is saving against a slam contract. One often assumes that a vulnerable partner can make two tricks, and a non-vulnerable partner three tricks. Thus, a player who opens 4 should have an eight playing trick hand if vulnerable, and a seven playing trick hand if not vulnerable. Tricks = 13 losers +3 if non-vulnerable, and Playing tricks = 13 losers + 2 if vulnerable. If the number of tricks is 10, open the bidding at the 4 level, if the number is 9; open the bidding at the three level. The quantity 13 LTC is called the number of playing tricks. 8 Ever 9 Never When finessing for the queen, with nine cards and no information, the odds for a drop are 52:48 vs.

10 50:50 for finesse! This is a nominal difference. In general, if the finesse is into the safe hand, even with nine cards, one would finesse, with no information from the bidding; it is better to play for the drop of the queen. Let me explain in more detail. With AJxxx (dummy) and Kxxx (hand), plan (1) is to cash the king, and if the queen does not drop, take the finesse and plan (2) is to cash the ace and king to drop the queen. Plan (1) wins if trumps are 3-1 with three on our left ( ), when they are 2-2 with the queen on the left ( ), and when they are 1-3. with the bare queen onside ( ), for a total of percent. For plan (2), when the suit is 2-2 ( ) or 3-1 either way round with a bare queen ( ), for a total of percent. I averaged these two approaches to obtain percent or about 52. 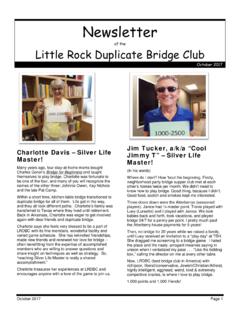 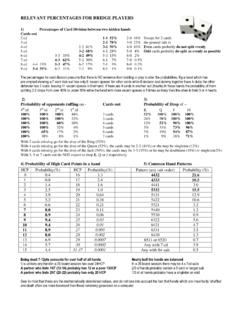 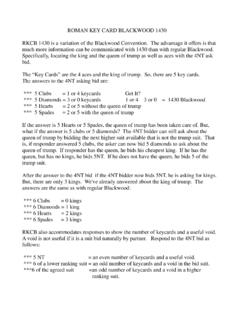 ROMAN KEY CARD BLACKWOOD 1430 RKCB 1430 is a variation of the Blackwood Convention. The advantage it offers is that much more information can be communicated with 1430 than with regular Blackwood. 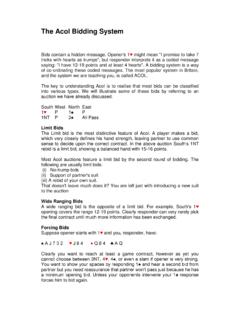 The Acol Bidding System Bids contain a hidden message. Opener's 1 might mean "I promise to take 7 tricks with hearts as trumps", but responder interprets it … 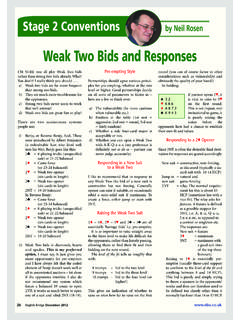 I’M SURE you all play Weak Two bids rather than strong two bids already. What! You don’t? I really think you should . . . a) Weak two bids are far more frequent 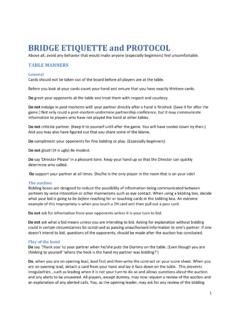 1 BRIDGE ETIQUETTE and PROTOCOL Above all, avoid any behavior that would make anyone (especially beginners) feel uncomfortable. TABLE MANNERS

1" " Hand Evaluation Using Marty Bergen’s Adjust-3 Method By Neil H Timm Hand Evaluation - Introduction Let’s look at two hands: WHAT WOULD YOU BID WITH EACH OF THE FOLLOWING HANDS? 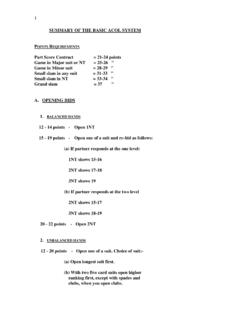 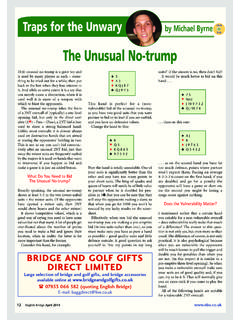 Traps for the Unwary by Michael Byrne clink The …

THE unusual no-trump is a great toy and is used by many players as such – some-thing to be tried out for a while, then put back in the box when they lose interest in

Unusual, Trump, The unusual no trump

1 HALMIC DEFENCE TO 1NT DOUBLED - RESPONDER’S RESCUE Unlike the opponent’s double of a suit for take-out, their double of a 1NT … 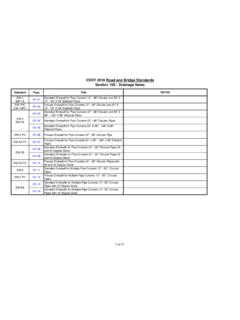 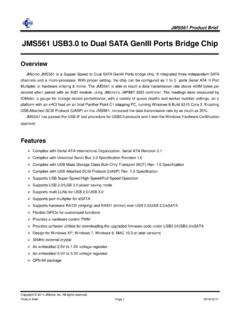 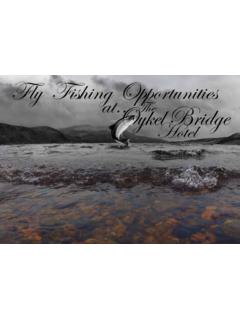 Page 4. Loch Fishing, Boats, Ghillies, our ‘Self help’ and Conservation Philosophy The Oykel Bridge Hotel sits amidst dramatic mountain scenery in the Assynt region of

BRIDGE DESIGN SPECIFICATIONS • APRIL 2000 SECTION 14 - BEARINGS + + + 14.1 SCOPE . This section contains requirements for the design and selection of structural bearings. The selection and layout of the bearings shall be 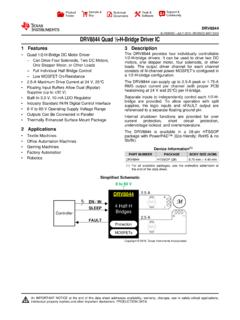