3 Dos Palos is located 23 miles south-southwest of Merced and its incorporated city limits encompass square In general, issues involved in this MSR include the City's potential annexation of unincorporated territory into the City, and the City's ability to provide adequate and efficient governmental services for existing and future residents. Background and Purpose In 1997, the State Legislature convened a special commission to study and make recommendations about how to accommodate California's rapidly accelerating growth.

4 The Commission on Local Governance for the 21st Century focused on empowering the already existing County LAFCOs governed by the Cortese-Knox Local Government Reorganization Act of 1985. The Commission's final report , Growth within Bounds, recommended various changes to local land use laws and LAFCO statutes to allow LAFCOs more influence in shaping California's growth. Assembly Speaker Robert Hertzberg encompassed the recommendations of the Commission in Assembly Bill 2838, which passed into the Cortese-Knox-Hertzberg Local Government Reorganization Act of 2000.

5 The law endows LAFCO with both more responsibilities and more influence to direct growth in California. One of LAFCO 's responsibilities requires preparation of Municipal Service reviews (MSRs) prior to or in conjunction with reviews of city and district spheres of influence (SOIs). Government Code Section 56425 directs LAFCOs to Review and update agencies' SOIs, as necessary. Section 56430 requires MSRs to be conducted before or in conjunction with the sphere updates. The Local Government Reorganization Act requires that this MSR address the following factors: 1.

8 Any other matter related to effective Service delivery, as required by commission policy Approach and Methodology Economic & Planning Systems, Inc. (EPS) has been retained by LAFCO to update the MSR for the City of Dos Palos in Merced County. EPS reviewed the various plan documents provided by LAFCO and City staff, the City's current budget, the prior MSR document, and other readily available information to prepare this report . The report presents a summary of Service issues and trends, and provides details of each Service in subsequent sections of the report .

9 The seven State-mandated issue areas are reviewed for each Service category examined in the report and presented in Chapter 7. Reorganization and Service Issues The prior 2010 MSR identified a number of issues. Following is a summary of the current status or resolution of those issues. 1. Land Use Planning The City of Dos Palos General Plan was adopted in 1991, and the Housing Element was updated in 2003, and the City is overdue for submittal of the State Department of Housing and Community Development 5th planning period update.

10 Although the City was considering an update to the General Plan in 2010, it has yet to complete the update due to ongoing financial The current document pinpoints areas identified for future development, which are a combination of areas to the south and west of the Other areas are identified as having development potential; however, the City is focusing on those areas with some development and infrastructure in place, already served with City water and sewer services , rather than predominantly agricultural lands. 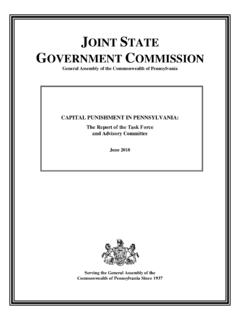 - 1 - JOINT STATE GOVERNMENT COMMISSION. General Assembly of the Commonwealth of Pennsylvania . CAPITAL PUNISHMENT IN PENNSYLVANIA: The Report of the Task Force . and Advisory Committee 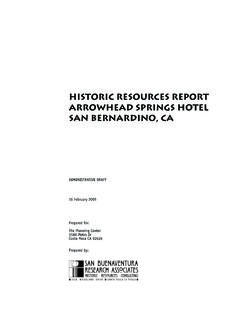 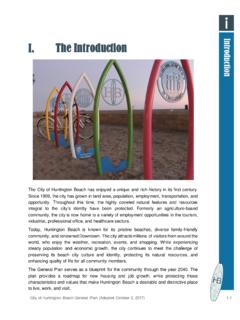 I. The Introduction - Huntington Beach, California 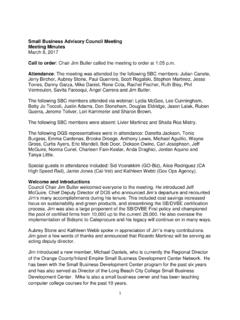 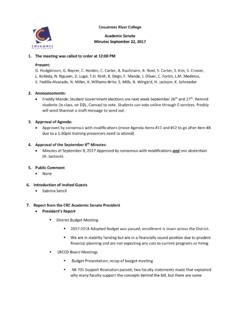