2 Blutner / Colour / Colour Words 4. Prototype Categories Some colours are better examples of a given category than others are. We can say a good red, slightly red. There is usually a single Colour which is the best example of the category (the prototype). The further a Colour is from the prototype the less good it is as an example of the Colour category. Colour categories have fuzzy boundaries. It's not clear exactly which colours are members of the category. Some colours are marginal members. Discriminate membership from prototypicality! Blutner / Colour / Colour Words 5. Voronoi tessellation It defines a partitioning of some (abstract) space in terms of a given set of prototypes. The construction stipulates that the element x belongs to the same category as the closed prototype of the given set of prototypes. It is evident that previously defined categories may change when we add new prototypes. The categories determined by Voronoi tessellation are convex sets in the given (geometric).

3 Space (see G rdenfors 2000). Blutner / Colour / Colour Words 6. Early ethnoscience studies of Colour terms Gladstone (1858), Studies on Homer and the Homeric age. Colour vocabulary in ancient times was poorly developed. Geiger (1868), Ursprung und Entwicklung der menschlichen Sprache und Vernunft. The diachronic encoding of Colour categories in language seems to fit into the linear schema of spectral order: Nearly all languages have a term for red, most langs. have a term for yellow, less langs. have a term for green and still fewer langs. have a term for blue. He sees this as a consequence of the development of the perceptual system. Magnus (1877), Die geschichtliche Entwicklung des Farbensinns. He extends Geiger, performing empirical studies with the help of missionaries. He rejects Geiger's perceptual thesis. Colour perception and Colour identification are different. Marty (1879), Die Frage nach der geschichtlichen Entwicklung des Farbensinns. Colour perception does not have a (Human) history.

6 Results (1969) cont. v 22 actually occurring types of basic Colour lexicon (= 22 types of Categorization ). This types can be described by 7 implicative universals that corresponds to 7 stages. v (I) All languages contain terms for WHITE and BLACK: 1={W, B}. (II) If a language contains three terms, then it contains a term for RED: 2={W, B, R}. (III) If a language contains four terms, then it contains a term for either GREEN or YELLOW: 3={W, B, R, G}, 4= ={W, B, R, Y}, . PURPLE. WHITE GREEN. PINK. < RED < < BLUE < BROUWN ORANGE. BLACK YELLOW. GREY. I II III/IV V VI VII. Blutner / Colour / Colour Words 12. Results (1969) cont. v The prototypes of basic terms from all languages fall into discrete clusters. v People are very consistent in their choice of prototype (but not in where they place boundary colours). 11 foci were identified! The figure shows the regions judged as typical for a term. The numbers correspond to the investigated languages (out of 20) which have a term falling into the indicated region.

7 Blutner / Colour / Colour Words 13. Speculation about Colour word evolution (language change ). v Languages evolved from having only 2 basic Colour terms, and gradually added more over time until they reached a ceiling of a maximum of 11 basic terms. v Languages never lose basic Colour terms. v The 7 stages introduced earlier can be taken as corresponding to basic evolutionary stages of Colour lexicon (the logical ordering corresponds to a temporal ordering). G Pu W R G Pi Bk Bu Br Y Or Y Gr I II III IV V VI VII. Blutner / Colour / Colour Words 14. Berlin & Kay (1969): Basic conclusions The language system ( Colour lexicon) does not affect the perceptual system ( Colour discrimination, Colour similarity judgements). Instead, the perceptual system restricts the language system, especially Colour Categorization . The fixed number of This refutes relativism (the assumption of Sapir and Whorf that the system of language has a strict influence on concept formation and perception): The constraints that determining Colour naming are not linguistic ones but perceptual ones.

8 Especially the existence of 11 foci is a perceptual phenomenon quite independent on the existence of a language system. These foci were interpreted as the primary designata of a set of universal semantic categories. (This conclusion was challenged, for example, by Saunders & Brakel 1997). Blutner / Colour / Colour Words 15. Later Revisions Kay & McDaniel (1978); Kay, Berlin, Maffi, & Merrifield (1997); Kay & Maffi (1999). (1) The category GREY appears earlier than in stage VII, sometimes already in stage III. (Mandarin, Tsonga, Hopi). (2) There are many languages that do not have separate terms for GREEN and BLUE. though they have terms for categories that were assumed to encode later. For example, Zulu and other Bantu-languages, have a term for BROWN but no separate terms for GREEN and BLUE. (3) The labels BLACK, RED etc. were confusingly used for referring (i) to a category having a particular focus, (ii) to a category having a particular extension. However, the extensions referred to were not constant across occasions of use of the CATEGORY.

10 (7) Each Colour terminology partitions the universe of Colour percepts. Evolutionary sequences are assumed as moving from coarser to finer partitions. from Kay & McDaniel (1978), p. 639. Blutner / Colour / Colour Words 19. Adapted from Kay, Berlin, Maffi, & Merrifield (1997), Figure , page 33. Blutner / Colour / Colour Words 20. Criticism: MacLaury (1997). (1) In languages with composite green-blue the focus is in green, other times in blue, and sometimes it is focussed in either green or blue. (2) It's common for purple, pink, orange and brown to emerge before the green-blue term has split into green and blue, sometimes this even happens before yellow-red splits. (3) The order of emergence of derived categories tends to be purple, brown, pink, grey then orange, but there's lots of variation in this order. (4) Co-extension sometimes two Colour terms overlap, covering more or less the same range of colours, but with foci in different places. (5) Different speakers of the same language can be at different evolutionary stages and in some languages most speakers don't fit into any evolutionary classification. 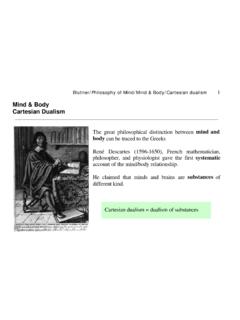 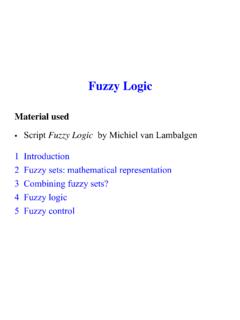 2 1 Introduction • Aristotle was the first to realize that logic based on True or False alone was not sufficient. • The mathematics of fuzzy set theory and fuzzy logic. 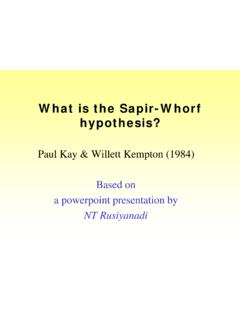 What is the Sapir-Whorf hypothesis? - Reinhard …

8 Sapir-Whorf hypothesis II • Linguistic determinism = extreme "Weltanschau-ung" version of the hypothesis: – The structure of a language can strongly influence or … 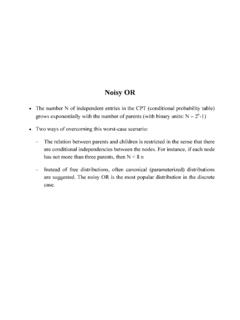 Noisy OR • The number N of independent entries in the CPT (conditional probability table) grows exponentially with the number of parents (with binary units: N ∼ 2n-1) 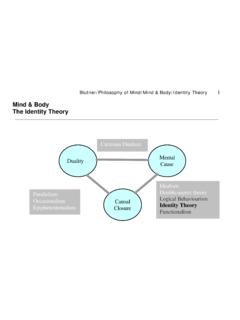 Blutner/Philosophy of Mind/Mind & Body/Identity Theory 3 Four possible reactions 1. The correlations are based on causal interactions between minds and brains (Cartesian

Changeology An all-purpose theory of behaviour …

6 frustrations, the other containing the agency’s needs. Is there an intersection zone? If so, you can create a common outcome that answers the needs of both.

43. “Inference on Sets in Finance,” with E. Kokatulum and K. Menzel, Quantitative Economics, 2015. 44.“Quantile Regression under Censoring and Endogeneity,’’ with I. Fernandez-Val and A.

INTRODUCTION TO THE EXCEL SPREADSHEET …

Lesson 3: Introduction to the Spreadsheet 67 INTRODUCTION TO THE EXCEL SPREADSHEET Preparing a Gradesheet LEARNING OUTCOMES This tutorial will help you understand what a spreadsheet is and where a spreadsheet

MAT0511/101/0/2017 2.2 Outcomes Speciﬁc outcome 1: Do operations on Real Numbers and use Basic Algebra Tools Assessment criteria 1.1Recognition and use of the different kinds of numbers, number sets and set notations. 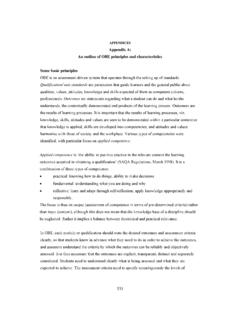 Appendix A: An outline of OBE principles and ...

331 APPENDICES Appendix A: An outline of OBE principles and characteristics Some basic principles OBE is an assessment-driven system that operates through the setting up of standards.