Write a program to declare a square matrix M [ ] [ ] of order ‘N’ where ‘N’ must be greater than 3 and less than 10. Allow the user to accept three different characters from the keyboard and fill the array according to the instruction given below: (i) Fill …

2 Write an algorithm for the selected problem. [3]. (Algorithm should be expressed clearly using any standard scheme such as pseudo code or in steps which are simple enough to be obviously computable). 2. Write a program in JAVA language. The program should follow the algorithm and [7]. should be logically and syntactically correct. Document the program using mnemonic names / comments, identifying and clearly describing the choice of data types and meaning of variables. 3. Code / Type the program on the COMPUTER and get a print out (Hard Copy). [2]. Typically, this should be a program that compiles and runs correctly. 4. Test run the program on the COMPUTER using the given sample data and get a print [3]. out of the output in the format specified in the problem. In addition to the above, the practical file of the candidate containing the practical work related to programming assignments done during the year is to be evaluated as follows: Programming assignments done throughout the year (by the Teacher) [10]. 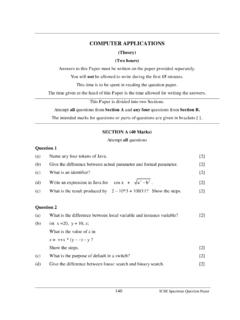 141 COMPUTER APPLICATIONS (8 6) Aims: 1. To empower students by enabling them to build their own applications. 2. To introduce students to some effective tools to

78 ICSE Specimen Question Paper BIOLOGY SCIENCE Paper – 3 (Two hours) Answers to this Paper must be written on the paper provided separately. You will not be allowed to write during the first 15 minutes. This time is to be spent in reading the Question Paper.

121 MATHEMATICS (860) Aims: 1. To enable candidates to acquire knowledge and to develop an understanding of the terms, concepts, symbols, definitions, principles, processes and formulae of Mathematics at the Senior Secondary stage. 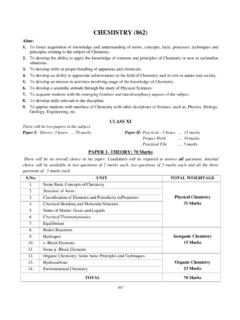 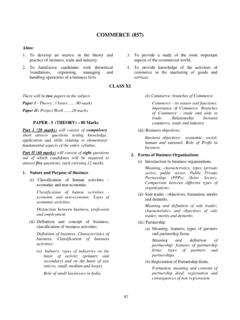 87 COMMERCE (857) Aims: 1. To develop an interest in the theory and practice of business, trade and industry. 2. To familiarise candidates with theoretical

57 ICSE Specimen Question Paper MATHEMATICS (Two hours and a half) Answers to this Paper must be written on the paper provided separately. You will not be allowed to write during the first 15 minutes. 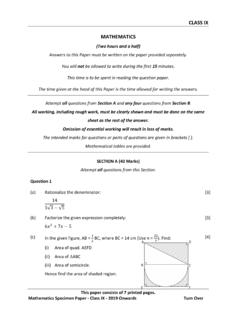 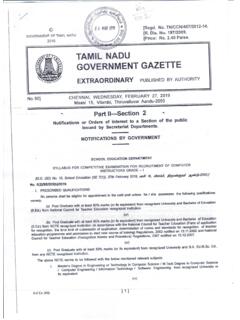