3 [Respir Care 2006;51(4):403 412. 2006 Daedalus Enterprises]. Introduction cardiac disorder that impairs the ventricle's ability to fill with or eject blood. Since there is no definitive diagnostic Congestive Heart failure (CHF) is a complex clinical test for Heart failure , it remains a clinical diagnosis that is syndrome that can result from any functional or structural largely based on a careful history and physical examina- tion and supported by ancillary tests such as chest radio- graph, electrocardiogram, and echocardiography. Heart Michael S Figueroa MD and Jay I Peters MD FAARC are affiliated with the Division of Pulmonary and Critical Care Medicine, The University of failure is a common disease, affecting approximately 5. Texas Health Science Center, San Antonio, Texas.

4 Million people in the United States, and it occurs predom- inately in the elderly, with almost 80% of cases occurring Michael S Figueroa MD presented a version of this paper at the 21st in patients over the age of The magnitude of the annual New Horizons symposium at the 51st International Respiratory Congress of the American Association for Respiratory Care, held De- problem cannot be precisely assessed, because reliable pop- cember 3 6, 2005, in San Antonio, Texas. ulation-based data on the prevalence, incidence, and prog- nosis are lacking. Nevertheless, several studies have found Correspondence: Michael S Figueroa MD, Division of Pulmonary and Critical Care Medicine, University of Texas Health Science Center, 7704. that CHF is associated with a 2-year mortality rate of Merton Minter Boulevard, 111E, San Antonio TX 78229.

5 E-mail: approximately 45 50%, which approaches that of many Moreover, from a societal perspective, car- RESPIRATORY CARE APRIL 2006 VOL 51 NO 4 403. Congestive Heart failure : DIAGNOSIS, PATHOPHYSIOLOGY, THERAPY, AND IMPLICATIONS FOR RESPIRATORY CARE. ing for patients with CHF accounts for 2 3% of the federal health-care budget. The estimated direct and indirect cost of CHF in the United States in 2005 was $ There are 2 mechanisms of reduced cardiac output and Heart failure : systolic dysfunction and diastolic dysfunc- tion. The most common causes of systolic dysfunction (defined by a left-ventricular ejection fraction of 50%). are ischemic Heart disease, idiopathic dilated cardiomyop- athy, hypertension, and valvular Heart disease. Diastolic dysfunction (defined as dysfunction of left-ventricular fill- ing with preserved systolic function) may occur in up to 40 50% of patients with Heart failure , it is more prevalent in women, and it increases in frequency with each decade Fig.

6 1. Determinants of cardiac output. of life. Diastolic dysfunction can occur in many of the same conditions that lead to systolic dysfunction. The most standing the pathophysiologic consequences of Heart fail- common causes are hypertension, ischemic Heart disease, ure and the potential treatments. Furthermore, an appreci- hypertrophic cardiomyopathy, and restrictive cardiomyop- ation of cardiopulmonary interactions is important in our athy. Many patients who have symptoms suggestive of understanding of Heart failure . In the simplest terms, the Heart failure (shortness of breath, peripheral edema, par- Heart can be viewed as a dynamic pump. It is not only oxysmal nocturnal dyspnea) but also have preserved left- dependent on its inherent properties, but also on what is ventricular function may not have diastolic dysfunction; pumped in and what it must pump against.

7 The preload instead, their symptoms are caused by other etiologies, characterizes the volume that the pump is given to send such as lung disease, obesity, or occult coronary isch- forward, the contractility characterizes the pump, and the This article will review the pathophysiology, diag- afterload determines what the Heart must work against. nosis, and treatment of CHF, with specific discussion of The preload is often expressed as the end-diastolic pres- the pulmonary manifestations and their treatment, includ- sure/volume of the left ventricle and is clinically assessed ing noninvasive positive-pressure ventilation (NPPV) strat- by measuring the right atrial pressure. However, the pre- egies. load is not only dependent on intravascular volume; it is also influenced by any restriction to ventricular filling.

8 Pathophysiology of Congestive Heart failure Since the Heart resides in the thoracic cavity, an increased positive pleural pressure (as seen with dynamic hyperin- The syndrome of CHF arises as a consequence of an flation in chronic obstructive pulmonary disease or asthma). abnormality in cardiac structure, function, rhythm, or con- can reduce right-atrial pressure (which equals central ve- duction. In developed countries, ventricular dysfunction nous pressure minus pleural pressure) and thus reduce ven- accounts for the majority of cases and results mainly from tricular filling. The cardiac pump is a muscle and will myocardial infarction (systolic dysfunction), hypertension respond to the volume it is given with a determined output. (diastolic and systolic dysfunction), or in many cases both.

9 If volume increases, so will the amount pumped out in a Degenerative valve disease, idiopathic cardiomyopathy, normal physiologic state, to a determined plateau; this and alcoholic cardiomyopathy are also major causes of relationship is described by the Frank-Starling law (Figs. 2. Heart failure . Heart failure often occurs in elderly patients and 3).5. who have multiple comorbid conditions (eg, angina, hy- A concept that is often poorly understood is the diastolic pertension, diabetes, and chronic lung disease). Some com- function of the Heart . Diastolic function is determined by mon comorbidities such as renal dysfunction are multifac- 2 factors: the elasticity or distensibility of the left ventri- torial (decreased perfusion or volume depletion from cle, which is a passive phenomenon, and the process of overdiuresis), whereas others (eg, anemia, depression, dis- myocardial relaxation, which is an active process that re- orders of breathing, and cachexia) are poorly quires metabolic Relaxation of the myocardium CHF indicates not only an inability of the Heart to main- occurs in early diastole, and the untwisting of the left tain adequate oxygen delivery; it is also a systemic re- ventricle is an active process that produces a suction effect sponse attempting to compensate for the inadequacy.

10 The that augments left-ventricular filling. Loss of normal left- determinants of cardiac output include Heart rate and stroke ventricular distensibility or relaxation by either structural volume (Fig. 1). The stroke volume is further determined changes (eg, left-ventricular hypertrophy) or functional by the preload (the volume that enters the left ventricle), changes (eg, ischemia) impairs ventricular filling (preload). contractility, and afterload (the impedance of the flow from The exercise intolerance seen with diastolic dysfunction the left ventricle). These variables are important in under- largely results from the impairment of ventricular filling, 404 RESPIRATORY CARE APRIL 2006 VOL 51 NO 4. Congestive Heart failure : DIAGNOSIS, PATHOPHYSIOLOGY, THERAPY, AND IMPLICATIONS FOR RESPIRATORY CARE. 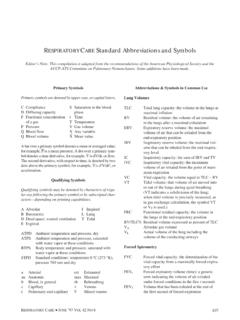 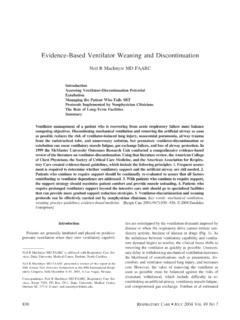 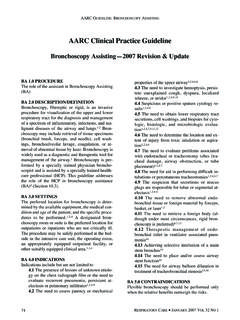 AARC GUIDELINE: BRONCHOSCOPY ASSISTING 76 RESPIRATORY CARE •JANUARY 2007 VOL 52 NO 1 BA 8.0 ASSESSMENT OF NEED: Need is determined by bronchoscopist assessment of the patient and treatment plan in addition to the 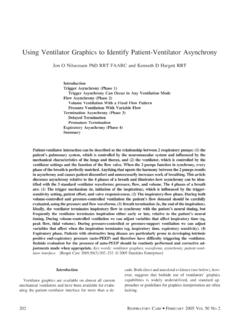 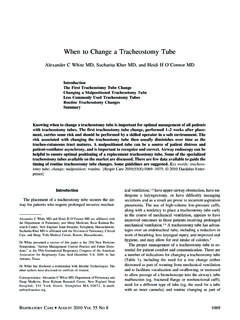 When to Change a Tracheostomy Tube - …

Change, Tubes, When, Tracheostomy, When to change a tracheostomy tube DILATED CARDIOMYOPATHY Dilated or congestive cardiomyopathy (DCM) is diagnosed when the heart is enlarged (dilated) and the pumping chambers contract poorly (usually left side worse than right). 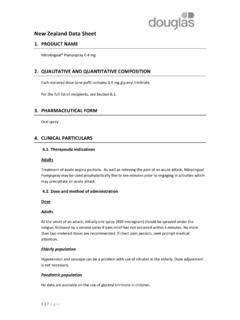