DEREGULATION OF THE NIGERIAN ECONOMY …

Proceedings of the 1st International Technology, Education and Environment Conference (c) African Society for Scientific Research (ASSR). DEREGULATION OF THE NIGERIAN ECONOMY :THE. THEORETICAL MILIEU. Dappa Tamuno-Omi Godwin1 and Daminabo Dagogo 2. 1. Dept. of Political Science, Rivers State University of Education, Port Harcourt, Nigeria. 2. Department of Educational Foundation and Management, Rivers State University of Education 5047, Rumuoumueni, Port Harcourt , Nigeria Email: Abstract The DEREGULATION of NIGERIAN ECONOMY was the main thrust of the Structural Adjustment Programme (SAP) introduced in the country in 1986 under the leadership of General Ibrahim Babandiga (1958-1993). Prior to that period the NIGERIAN ECONOMY was almost a command one with wide range of government control. Indeed, the introduction of SAP was said to be a final solution to the economic crisis faced by the Country. Unfortunately, SAP. was introduced yet, the ECONOMY became more crunched. During the General Abach's regime (1993-1998), SAP was suspended out rightly.

1 Proceedings of the 1st International Technology, Education and Environment Conference (c) African Society for Scientific Research (ASSR). DEREGULATION OF THE NIGERIAN ECONOMY :THE. THEORETICAL MILIEU. Dappa Tamuno-Omi Godwin1 and Daminabo Dagogo 2. 1. Dept. of Political Science, Rivers State University of Education, Port Harcourt, Nigeria. 2. Department of Educational Foundation and Management, Rivers State University of Education 5047, Rumuoumueni, Port Harcourt , Nigeria Email: Abstract The DEREGULATION of NIGERIAN ECONOMY was the main thrust of the Structural Adjustment Programme (SAP) introduced in the country in 1986 under the leadership of General Ibrahim Babandiga (1958-1993). Prior to that period the NIGERIAN ECONOMY was almost a command one with wide range of government control. Indeed, the introduction of SAP was said to be a final solution to the economic crisis faced by the Country. Unfortunately, SAP. was introduced yet, the ECONOMY became more crunched. During the General Abach's regime (1993-1998), SAP was suspended out rightly.

2 When General Abdulsalami Abubakar (1998-1999) took over, he continued pursuing the privatization programme which is a synonym of DEREGULATION of the ECONOMY with the promulgation of another privatization decree. The civilian government led by President Obasanjo which took over from 1999 made DEREGULATION the core with vigour. It is basked on this development that this paper intends to unravel the theoretical paradigm under which the DEREGULATION of NIGERIAN ECONOMY could be explained. This includes capitalism, imperialism, colonialism particularly the incorporation of NIGERIAN into international capitalist system. OVERVIEW OF THE NIGERIAN ECONOMY . The NIGERIAN ECONOMY has been undergoing fundamental structural changes over the years. There is evidence, however that the structural shifts in the ECONOMY have not resulted in any appreciable and sustain economic growth and development. The ECONOMY which was largely at a rudimentary stage of development has been experiencing some structural transformation immediately after the country's independence since 1960.

3 Unequivocally up to the early 70s, agriculture was the core of the economic activities in Nigeria. During that period, manufacturing and mining activities were at a very low level of development. The country's participation in the external trade was based on the level of economic activities in agriculture. Thus, agricultural commodities dominated the country's export trade while manufactured items dominated imports (CBN, 1993). However, the oil boom of 1973/74 brought a new dimension into the economic activities of the country. The sharp increases in oil revenue from N735 million in 1972 (Ibid.) had a pervasive effect on the NIGERIAN ECONOMY . This was because the increase in revenue led to large increases inn public spending designed to expand infrastructure, non-oil productive capacity, human capital and to heal the wounds of the civil war that ravaged the country between 196t7 and 1970. In other words, the performance of NIGERIAN economic growth during 1975-1985 period has its antecedent in the quadrupling of crude oil prices in 1973-1974.

4 The resulting large windfall gain enabled the country not only to expand the public investment almost three folds over the subsequent years but also to build up its foreign reserves. But many of those investments were carried out without sufficient attention to their economic viability (Oyejude, 1991). These rising wages and an appreciating domestic currency squeezed the profitability exports of non-oil exports, while cheap imports competed with domestic food production. As a result, the country's resources shifted from the production of non-oil traded goods mostly agricultural to hat of non-traded goods mostly public services. Thus, the emergence of the oil boom, Co-Published By: Human Resource Management Academic Research Society 123. Proceedings of the 1st International Technology, Education and Environment Conference (c) African Society for Scientific Research (ASSR). relegated agriculture to the background and within a short period, Nigeria became a major food importer which cost the country billion (1998), billion (1999), billion (2000) and billion (2001).

5 In addition, production of export crops declined substantially, making the country dependent on a volatile international oil market for almost all her export earnings and most of the Federal, State and Local government revenues (Shariff, 2004). Consequently, with the sharp fall in the international oil price in the early 1980s, early 1985 and late 1986, Nigeria's ECONOMY was almost at the verge of collapse. This led to the country's built up of large fiscal and external deficits and other macroeconomic imbalances which ensured. To address this problem, government introduced several policy measures which started with the Stabilization Act or 1982, budget-tightening measure of 1984 and finally the Structural Adjustment Programme (SAP) of late 1986. SAP was aimed at laying the foundation for a self-reliant and dynamic ECONOMY . The corner stone of the SAP is the DEREGULATION of the ECONOMY in other words called privatization of the ECONOMY . Indeed, SAP was aimed through the combination of exchange rate and trade policy reforms, at revitalizing the non-oil sector of the ECONOMY with stabilization policies in order to restore the Balance of Payment equilibrium and price stability.

6 SAP emphasized the downsizing of public sector and improving the efficiency of public asset management. Import license and agricultural marketing board were eliminated, price controls were lifted and liberalization of the financial system was almost important instrument of stabilization (CBN, 1993). However, the problems of internal and external imbalances and the undue depend fenced on oil which brought about the adjustment problems still persist. This implies that there is as relative insensitivity of the ECONOMY to the corrective policies. It should be noted that, the genesis of DEREGULATION of the NIGERIAN ECONOMY could be hinged substantially on the economic crisis faced by the country. This economic crisis could be traced to the lopsided character of the post-colonial developmental path followed by the country. The foundation of this lopsidedness was laid from 1945 when the country was under colonialism. During the period, the country in alliance with foreign capital promoted import-substitution industrialization.

7 This was carried out through the use of peasant surpluses to fianc the importation of the inputs necessary for the growth and expansion of manufacturing activities (Olukoshi, 1993). In explaining the causes of this economic crisis sin Nigeria many reasons have been adduced. Some of these reasons emanated from the neo-capitalist Economist the nationalists and the neo-Marxist. The neo-=capitalists, toeing the NIGERIAN official line, submitted that it was the international oil market glut and the rescission in the world market rather than domestic reason that the economic crisis. And that the solution is for the world market to return to the path of economic expansion before NIGERIAN ECONOMY could improve. The Nationalist, it was the prevalent of fraud and mismanagement of Nigeria resources that caused the economic crisis. And that as far as such attitude continues definitely the ECONOMY would never be back on track. To the neo-Marxist, the economic crisis could be anchored on specific role of contractors, consultants and middlemen and their various ruinous activities.

8 That, the way in which the patron client network operates contributed to the country's economic decline. It suffices to say here that; the NIGERIAN ECONOMY is characterized by lack of organic linkages between agriculture and industry, production and consumption an autochthonous capital base, development of indigenous manufacturing sector, balance of payment problem, heavy debt burden, low gross domestic product (GDP), labour inflexibility, high unemployment rate, inadequate provision of social services and poor maintenance of infrastructural facilities, the near collapse of the manufacturing sector etc. (Ibid:57). CONCEPTUALIZATION. Co-Published By: Human Resource Management Academic Research Society 124. Proceedings of the 1st International Technology, Education and Environment Conference (c) African Society for Scientific Research (ASSR). DEREGULATION of a Country's ECONOMY could be conceptualized as privatization, divestiture, and marketization of the ECONOMY . In essence no government but private participation in the Country's economic activities.

9 This is kin order to ensure competitive economic system devoid of monopoly and allow price mechanism of demand and supply's principle of ECONOMY to prevail. According to Ahmed (1993:iii). DEREGULATION of an ECONOMY entrails according greater weight to the private sector as the prime mover of the ECONOMY 's opposed to the emphasis son the dominance of public sector. To achieve this objective, greater role are assigned to market factors as against the use of pervasive administrative controls. This is aimed at stabilizing and fundamentally restructuring the ECONOMY and places it on a durable and suitable growth path. As a major solution to the economic crisis experienced in Nigeria, in 1986y Structural Adjustment Programme (SAP) was introduced with the central aim of deregulating the ECONOMY . To Ayodele (1994), Privatization in other words DEREGULATION is one essential aspect of price and market reforms which entrails both unshackling private sector development through removal of government restrictions on private economic activity and divestiture of the state assets particularly State Owned Enterprises (SOEs) into private hands.

10 The main objectives of DEREGULATION include: introducing a market ECONOMY ;. increasing economic efficiency; establishing democracy and guaranteeing political freedom and increasing government revenue (Dhaji and Milanovic, 1991). It is also assumed that economics based on private prosperity a re better institutions for preserving individual freedoms than economies where the productive apparatus is socially owned (Ijhaiya, 1999). Moreover, for government to be effective, it has to restrict itself surely to the areas of governance and within that duty provide guidelines for the operation of economic activities which can be performed better by private individuals. This is needed the situation under which DEREGULATION of the ECONOMY is introduced in Nigeria. THE THEORETICAL MILIEU. The theoretical foundation of DEREGULATION draws largely from the general equilibrium theory which among other things indicates the relevance of efficient pricing in ensuring optimal allocation of society's limited resources for efficient production of the various needs of society and efficient distribution of the commodities and services among various consumers. 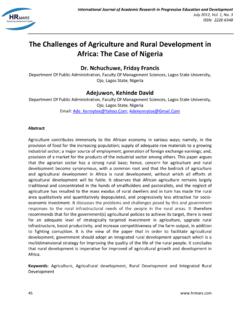 The Challenges of Agriculture and Rural …

Challenges, Agriculture, Rural, The challenges of agriculture and rural 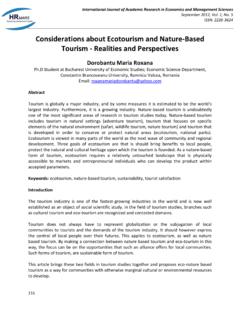 Considerations about Ecotourism and Nature …

International Journal of Academic Research in Economics and Management Sciences September 2012, Vol. 1, No. 5 ISSN: 2226-3624 215 Considerations about Ecotourism and Nature-Based

The Relationship between McGregor's X-Y Theory …

The impact of Management Information System … 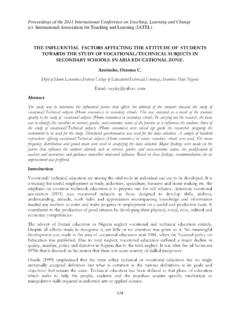 THE INFLUENTIAL FACTORS AFFECTING THE … 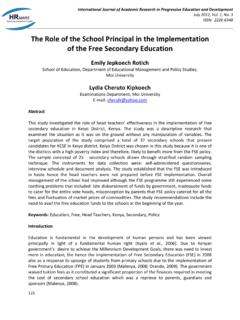 The Role of the School Principal in the …

International Journal of Academic Research in Progressive Education and Development July 2012, Vol. 1, No. 3 ISSN: 2226-6348 125 The Role of the School Principal in the Implementation

The Socio-Economic Impact of Urbanization 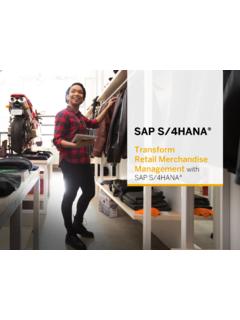 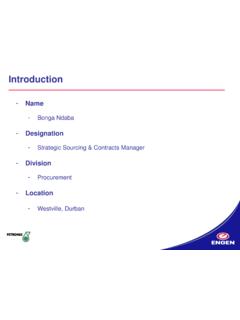 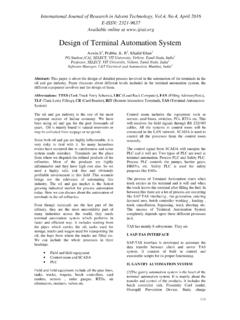 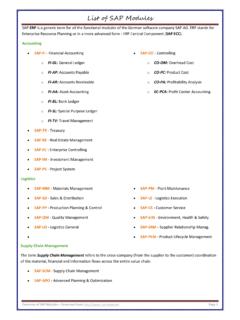 List of SAP Modules Overview of SAP Modules – Download from http://www.connexin.net Page 1 SAP ERP is a generic term for all the functional modules of the German software company SAP AG. 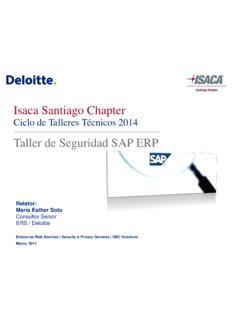 Safety and Health Management System in Oil and …