2 This outstanding achievement is the result of many years of steady growth, the hard work of employees around the world, and DGF's innovative products and solutions. 3'000. TEU in mio. 2'700. Over the years, DGF has been able to leverage its volumes to provide customers with extremely competitive rates. With the largest LCL network of all its FORWARDING peers, DGF moves over 2 million cubic meters of freight annually. Customers have access to some 2,580 weekly direct and bilateral consolidation services, and some 45,000 point pair combinations. DGF has also added innovative products like DHL Ocean Secure, DHL.

3 1'240. Ocean Thermonet and Ocean View, which are all particularly attractive for customers looking to optimize their supply chains and obtain a degree of transparency previously not available with Ocean Freight. 500 Above all else, the secret to DGF's 3 million milestone is its employees. With over 4,000 ocean freight specialists around the world, DGF. serves customers from over 330 locations worldwide. 2000 2005 2010 2016. Source: DHL. DHL GLOBAL FORWARDING | OFR Market Update | April 2017 3. Ocean Freight market in a nutshell (1/4). Many regions are facing capacity reduction and tight space situations.

5 Next GRI announced for Apr 1st, 2017. WB : March GRI was mostly implemented. Vessels continue to be overbooked 3-4 weeks ahead. Pre-booking is strongly recommended. Service/Vessel/Terminal changes are already taking place in view of new carrier alliance agreements. TA drastic capacity reductions from USEC to EURO NC will be initiated by carriers in April and will continue until May (forecasted total reduction 7'000 TEU on average). Rate increases are expected on trades ex USEC and Gulf. Rates ex USWC are expected to remain stable. ASPA-MENAT expect a volume increase starting mid April due to pre-Ramadan rush.

6 GRI announced as of Apr 1st, 2017. ASPA-ASPA space continues to be extremely tight for all IPBC destination lanes. Rates increases, particularly for Pakistan and India are expected. Surcharges (in view of operational delays/issues) are being maintained and further implemented on IPBC inbound sectors. Pure Intra Asia Services are affected by the service reorganizations due to the new carrier alliances. Space/equipment levels are tightening on various Intra Asia lanes and carriers have already started to push for rate increases particularly for ex TH export lanes.

8 There are no big policy mistakes, bringing AMNO GDP growth to in 2017 BR Manufacturing PMI still within contracting zone, With AMLA regional GDP is expected to come out of recession in 2017, although with highest reading within past 13 months. MX. but MX's perspectives became uncertain after the new US administration took PMI remained inside positive territory for 41st successive office month, but latest reading signals subdued business GDP growth for AP as a whole remains unchanged at in 2017. Negative conditions ramifications of the US presidential election on Asia mostly relate to the Both CN PMIs (Caixin and CN Government Manufacturing potential of rising trade tensions PMI) signal expansion.

9 IN's Manufacturing PMI expanding GDP forecast for MEA was set up to for 2016 in the end of last year. More again, after a dip in Dec16. JP Manufacturing PMI signaled stable oil & commodities prices in 2017 will lead to pickup around continuous expansion. Regulations India: Charging of fees for late collection of Delivery Order are being introduced with effect from 1 Apr '17. i) mandatory to file the import entry before the end of the next day, following the day (excluding holidays) on which the vessel or aircraft arrives in India, failing which there would be imposition of charges for late presentation of the entry ii) Importers to pay the import duty on the date of presentation of the bill of entry and if he fails to pay the duty within the time so specified, he shall pay interest on the duty.

10 Given above changes, a late collection fee would be charged by DHL IN in respect of OFR shipments when DOs are collected beyond the fifth day of arrival of the vessel. Conflict in the Spanish stowage remains unsolved. No agreement has been reached between the ANESCO employers and stevedores'. unions. Source: IHS, IHS Markit, Alphaliner, DGF team DHL GLOBAL FORWARDING | OFR Market Update | April 2017 5. Ocean Freight market in a nutshell (3/4). New services are expected to be launched by carriers in the coming month. Capacity Development New alliance networks show capacity additions across the board on the main Asia-Europe & Asia-North America routes from April. 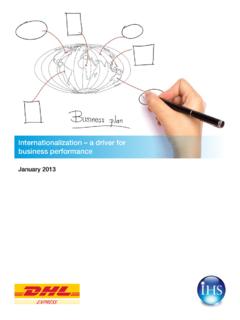 Internationalization – a driver for business …

4 In an exacting economic environment, small and medium sized enterprises (SMEs) have been presented with a challenge. A challenge to grow and increase the profitability of their businesses against a backdrop of often weak 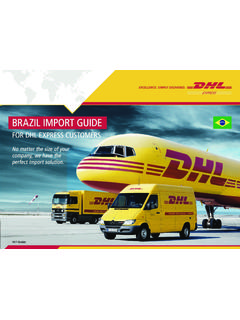 Understanding Self-Driving Vehicles 5 Greater comfort: In an autonomous vehicle, the driver becomes a passenger. He or she doesn’t have to watch the road ahead but can rest and enjoy other activities.

We at DHL and Cisco are excited to share this new trend report with readers from the logistics industry on a topic that fires the imaginations of both our companies: the Internet of Things (IoT). 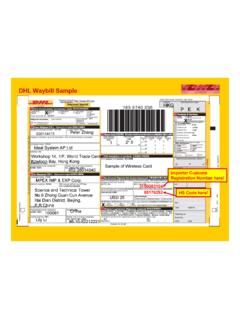 II. CONDITIONS OF CONTRACT ON REVERSE SIDE ...

HAWB terms rev 28 June 2010 I. NOTICE APPEARING ON THE FACE OF THE AIR WAYBILL It is agreed that the goods described herein are accepted for carriage in apparent good order and condition (except 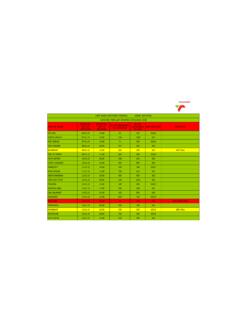 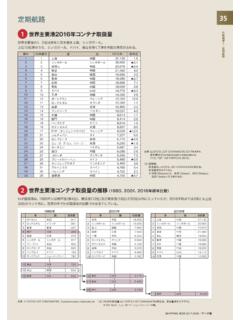 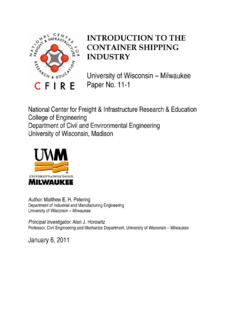 INTRODUCTION TO THE CONTAINER SHIPPING …

UIIA Equipment Providers Free Days and Per Diem/Use Charges Note: For your convenience, we have produced a quick and easy online reference for Motor Carriers to access free time and per 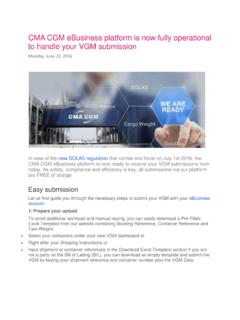 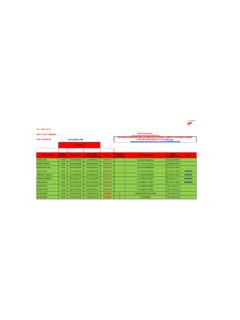 NYI= NOT YET IN INW= IN NOT WORKING VESSEL …

Nyi not yet in