• They were allocated a total bandwidth of about 2 MHz. Frequency modulation (FM) was used. For multiple user access, the system operated frequency division multiple access (FDMA), in which each channel was allocated a non-overlapping frequency band within the 2 MHz.

6 Capacity of MIMO Systems .. 95 ECE 5325/6325 Fall 20116 Lecture 1 Today: (1) Syllabus, (2) Cellular Systems Intro1 Cellular Systems Generation ZeroThe study of the history of cellular Systems can help us understand the need for the system designconcepts we have of the major developments in WWII was the miniaturization of FM radio components toa backpack or handheld device (the walkie-talkie), a half-duplex (either transmit or receive, notboth) push-to-talk Communication device. After returningfrom war, veterans had the expectationthat Wireless communications should be available in their civilian jobs [26]. But the phone system,the Public Switched Telephone Network (PSTN) was: wired, and manually switched at telephoneexchanges.

7 In 1952, the Mobile Telephone System (MTS) was designed to serve 25 cities in the US[11] (including one in Salt Lake City [10]). In each city, an additional telephone exchange office wascreated for purpose of connection with the mobile telephones [26]. The MTS and later the improvedmobile telephone system (IMTS), introduced in 1964, were not particularly spectrally efficient. They were allocated a total bandwidth of about 2 MHz. Frequency modulation (FM) wasused. For multiple user access, the system operated frequency division multiple access(FDMA), in which each channel was allocated a non-overlapping frequency band within the2 MHz.

8 The PTSN is full duplex (transmit and receive simultaneously) in IMTS, so it required twochannels for each call, one uplink (to the base station) and one downlink (to the mobilereceiver). Note MTS had been half duplex, , only one party could talk at once. The FCC required them to operate over an entire city (25 mile radius). Since the coveragewas city wide, and coverage did not exist outside of the cities, there was no need for handoff. Initially channels were 120 kHz [7], due to poor out-of-bandfiltering. The channel bandwidthwas cut to 60 kHz in 1950 and again to 30 kHz in 1965. Thus there were 2 MHz / 2 / 120kHz or 8 full duplex channels at the start, and up to 32 in 1965,for the entire was manual, and the control channel was open for anyone to hear.

9 In fact, users wererequired to be listening to the control channel. When the switching operator wanted to connect toany mobile user, they would announce the call on the control channel. If the user responded, theywould tell the user which voice channel to turn to. Any other curious user could listen as well. Amobile user could also use the control channel to request a call to be connected. The system wascongested, so there was always demand was very high, even at the high cost of about $400 per month (in 2009 dollars).There were a few hundred subscribers in a city [11] but up to 20,000 on the waiting list [26]. Theonly way to increase the capacity was to allocate more bandwidth, but satisfying the need wouldhave required more bandwidth than was 5325/6325 Fall 20117 The downsides to MTS took a significant amount of technological development to address, andthe business case was not clear (AT&T developed the technologies over 35 years, but then largelyignored it during the 1980s when it was deployed [11]).

10 CellularThe cellular concept is to partition a geographical area into cells , each covering a small fractionof a city. Each cell is allocated a channel group , , a subset of the total list of channels. Asecond cell, distant from a first cell using a particular channel group, can reuse the same channelgroup. This is called frequency reuse . This is depicted inFigure in Rappaport. This assumesthat at a long distance, the signals transmitted in the first cell are too low by the time they reachthe second cell to significantly interfere with the use of those channels in the second are dramatic technical implications of the cellular concept. 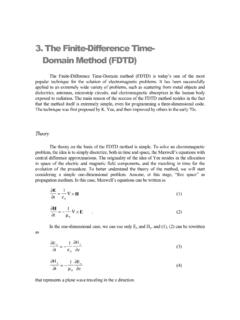 The MOS Transistor in Weak Inversion

Subthreshold MOSFETs behave similarly to bipolar junction transistors (BJTs). The collector current of an npn bipolar transistor exhibits an exponential dependence on base-to-emitter voltage: ⎟⎟ ⎠ ⎞ ⎜⎜ ⎝ ⎛ = T BE C S U V I I exp A bipolar transistor has a transconductance of gm = IC /UT, which is equivalent to the expression for ... 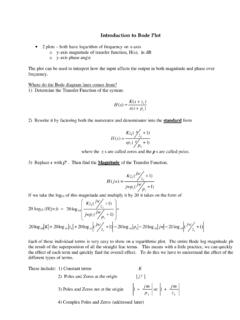 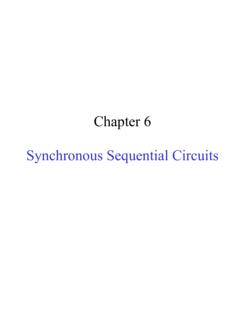 Orthogonal Frequency Division Multiplexing (OFDM) Modulation - a mapping of the information on changes in the carrier phase, frequency or amplitude or combination. Multiplexing - method of sharing a bandwidth with other independent data channels. OFDM is a combination of modulation and multiplexing. Multiplexing generally refers to 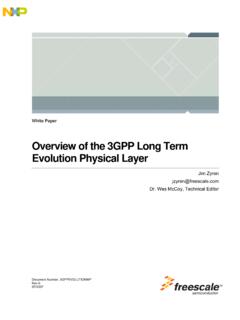 modulation schemes almost exclusively. Although LTE uses OFDM rather than single carrier modulation, it’s instructive to briefly discuss how single carrier systems deal with multipath-induced channel distortion. This will form a point of reference from which OFDM systems can be compared and contrasted.

requirements. For example, the 11ac PHY is based on the well known OFDM (Orthogonal Frequency Division Multiplexing) PHY used for 11a and 11n and will maintain the same modulation, interleaving and coding architecture of 11n. However, some modifications and new 11ac features/parameters are necessary to meet 11ac™s goals. 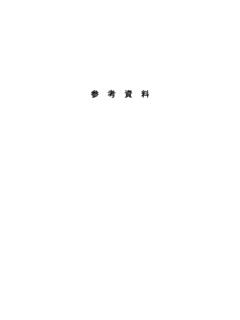 dsss, ofdm , ofdmadsss, ofdm The simplified EU declaration of conformity referred to in Article 10(9) shall be provided as follows: Hereby, [Grandstream Networks, Inc.] declares that … 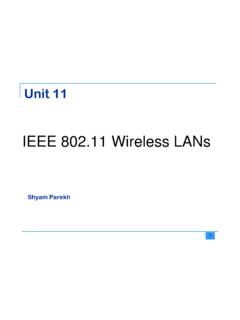 802.11a: 5 GHz OFDM PHY Fundamental Orthogonal Frequency Division Multiplexing (OFDM) work was done in 1960s, and a patent was issued in 1970 Basic idea is to use number of subchannels in parallel for higher throughput Issues with 802.11a Denser Access Point deployment needed due to higher path loss Higher power need