2 That Language happens to be from the largest group of Indigenous Language Speaking immigrants from Guatemalan entering the United States Maya Mam. From the perspective of the Indigenous Language speaker, it is not only contact with US immigration officials authorized to conduct interrogations and interviews for legal purposes that requires interpretation of their primary Language , it is also contact with other key governmental and privately contracted personnel who make decisions about their welfare while in transit, in detention, and under federal custody that necessitates that their interactions be conducted in their primary Language . In that vein, this technical review was prepared in conjunction with the Declaration of the Rights of Indigenous Language Speaking Immigrants. The technical review was prepared by Ama Consultants for the originators of the Declaration, the Guatemalan Community in Tucson, Arizona, United States. Translation: We speak Mam.

7 The size of the Indigenous Language Speaking migrant population affected by immigration enforcement and legal proceedings remains unknown largely due to their persistent Exclusion as a racial class and the Exclusion of their languages. The operational scope of federal LEP policy appears superficially applied in an irregular program by semi-autonomous federal immigration agencies. Though the origin of federal LEP policy lies in the Executive Office, federal departments' programmatic formulation of the LEP policy initiative has been weak. Therefore, in addition to the main tasks, this review specifically examines both the undefined nature of that gap in policy, and the resulting gap in practice. Methods Quantitative estimations of immigrant Language populations were based on a sample of immigrant families. Estimations based on that proxy may approximate but not represent unassessed Indigenous Language populations. Qualitatively, this technical review examined LEP policy documents from the Executive, Departments of Justice (DOJ), Homeland Security (DHS), Health and Human Services (DHHS), and State.

9 DRIP, UNHCR, Enabling Legislation (Homeland Security Act of 2002), Civil Rights Act (Title VI) and published public comments on DHS's LEP policy in the Federal Register. Service provider and immigration court sources consulted were from the Vera Institute, Florence Refugee and immigrant Rights Project, the United States Sentencing Commission, and the Institute for the Study of International Migration, Georgetown University. Interviews were conducted in person, via phone and e-mail were conducted with private, Pro bono, and non-profit attorneys in Texas and Arizona; with an ORR spokesperson, a Streamline court interpreter, former UAC and family shelter workers and volunteers, volunteers visiting three detention centers, and immigrants released on bond, paroled, and with expedited removal orders. Two Language specialists were consulted regarding Language ideology, history, policy, and issues of dialect. Interview sources, with one exception, are dated but not named to preserve the confidentiality of service providers and of immigrants in detention, in immigration and Streamline courts, in UAC shelters, and at large. 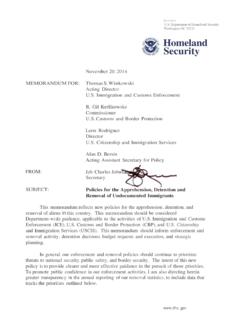 Policies for the Apprehension, Detention, and … 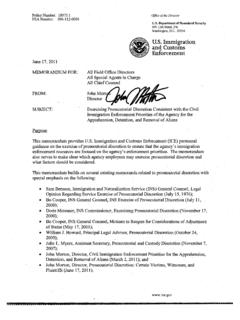 • the agency's civil immigration enforcement priorities; • the person's length ofpresence in the United States, with particular consideration given 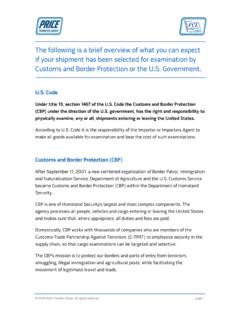 The following is a brief overview of what you can …

The following is a brief overview of what you can expect if your shipment has been selected for examination by Customs and Border Protection or the U.S. Government. 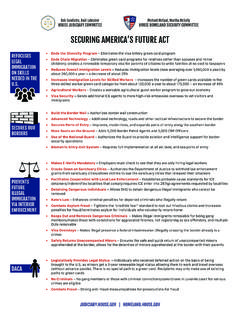