BEDFORDSHIRE AND LUTON FIRE AND RESCUE SERVICE. FIRE Safety Guidance NOTE. NO 72. Reducing Unwanted FIRE SIGNALS. 1 Introduction Nationally and in Bedfordshire and Luton, statistics have demonstrated that over 98% of all Automatic Fire Detection Systems (AFDS) actuations are not caused by fires. These Unwanted fire signals (UFS) reduce the capability of the service to respond to genuine emergencies and the time available to spend upon other community Safety activities. This service attends in excess of 10,000 incident calls each year nearly a quarter of those calls are false alarms generated by automatic fire detection systems (AFD).

1 BEDFORDSHIRE AND LUTON FIRE AND RESCUE SERVICE. FIRE Safety Guidance NOTE. NO 72. Reducing Unwanted FIRE SIGNALS. 1 Introduction Nationally and in Bedfordshire and Luton, statistics have demonstrated that over 98% of all Automatic Fire Detection Systems (AFDS) actuations are not caused by fires. These Unwanted fire signals (UFS) reduce the capability of the service to respond to genuine emergencies and the time available to spend upon other community Safety activities. This service attends in excess of 10,000 incident calls each year nearly a quarter of those calls are false alarms generated by automatic fire detection systems (AFD).

2 Calls to fires that turn out to be false alarms. The Service has a duty to secure both the Safety and welfare of the communities it serves and its staff, together with ensuring the continued efficiency of limited resources. Improving the reliability of the fire alarm system is one of the first steps that occupiers/owners can take. This Guidance note provides examples of good practise that can be adopted to reduce false alarms. Where examples include manufacturers information these are provided as examples only and are not necessarily unique recommendations or endorsements.

4 This can cause a change in the sensitivity of the detector, and in the case of an optical smoke detector cause false activation. New detectors are designed to compensate for a build-up of dust. Incorrect type of detector used to protect an area or zone. A typical example is where there has been a change in the use of a room, where a kettle or a toaster is introduced. Contractors working on site causing dust to enter optical smoke detectors or producing close proximity electrical disturbances affecting the alarm system. The detectors in the area should be temporarily covered, or the zone isolated from the fire alarm system during the work period, and control measures introduced.

5 Failure to notify the alarm monitoring station, with information that a fire alarm system is being tested or maintained. 1 fsgn72. Unsatisfactory maintenance / testing programme in place, where detectors are rarely if ever, cleaned and serviced. Undesirable siting of a detector within the area being protected, especially where excessive air movement due to mechanical ventilation or open windows prevails. Lack of premises occupier involvement in owning their fire alarm system, where initial investigation of the cause of an alarm should be made before the fire service is summoned.

6 3. Technical Solutions Use of a transmission delay of up to 8 minutes, subject to risk assessment, as recommended in British Standard BS 5839 Part 1 2002, would enable a quick assessment of the alarm situation to be carried out before allowing the signal to be automatically sent if necessary, to the fire service via the Alarm Receiving Centre (ARC). Consider re-configuration of the AFD system to be carried out by the alarm maintainer so that in specific areas, the activation of a detector would need to be backed up by another activation of an adjacent detector before the alarm system went into full alarm mode.

7 This offers a more reliable arrangement in circumstances when environmental effects can readily cause false alarms, without increase of risk in the protection of the area. Consider taking the AFD system off line during the fully occupied and active hours of between, for example, 7am and 9pm when most false alarms occur, usually due to cooking fumes. Particularly recommended when workmen are on site. A variation on taking alarm systems 'off line' during working hours is to permit calls from manual call points to actuate the call via the ARC to fire Control. NB. A risk assessment is advisable in each case.

8 The practice of encouraging residential care properties to be remotely monitored ie 'On line' has been the case for many years but has recently been under review. Reactions by the staff especially during the active times of the day, to the alarm sounding and quickly taking appropriate action would prevent many unnecessary turn-outs of the fire service, with the knowledge that if in any doubt the staff can always dial 999 . It is a fact that 70% of false alarm calls occur between the hours of 7am and 7pm. Employ the CookerMiser device where cooking fumes in kitchens regularly pass through doors, which have been wedged open, affecting the smoke detector outside.

9 The device senses a flow of current when the cooking appliance is switched on and automatically activates an extractor fan for a period, which exceeds the time the cooking appliance is in use. Particularly useful in student accommodation situations etc. where false alarms due to cooking fumes are high. Example: The above approach has been extensively used in Nottingham Trent University to good effect, together with an arrangement where a nominated student in the block is responsible for checking out and reporting whether an activation of the fire alarm system is due to a real emergency or is a false alarm, before the Fire Service is called by the security staff.

10 Financial enticements and fines for irresponsible behaviour are also used. 2 fsgn72. Consider the use of alternative fire detector where a particular environmental problem exists and the originally specified detector is prone to false alarm and now considered to be inappropriate. Example: Hotel / student bedroom with integral shower room where steam can activate an optical smoke detector when the shower room door is left open. An ionisation chamber smoke detector has been successfully used in place of the original smoke detector which was centrally located in the bedroom, adjacent to the shower room door, as part of a new analogue addressable fire detection system in a residential training complex.

This fire safety log book has been prepared to assist the ‘responsible person’ in co-ordinating and maintaining a fire safety record keeping system. 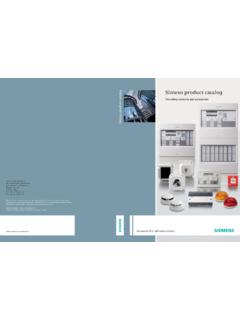