2 No construction information or material lists are included unless otherwise indicated. regularly accepts requests from modellers to research and document a particular vessel. plans are always available as we have our own in - house drafting and printing facilities. OTHER PLANS. We are also agents for model Boats . (Magicalia) and Marine Modelling International (Traplet) plans ranges, both from England. We always carry a large range in stock from both these companies, but can easily order any out of stock items as required.

3 Float a boat M E R C H A N T V E S S E L S. Tramp Steamer Hundreds of these Ferris type standard cargo steamers were built in America at the conclusion of the first world war. They were the last of the large steamships built from timber. Scale - 1:96 model length - 893mm Two sheet detailed set $ Plan No. SP-501A Lines SP-501B General Arrangement Liberty ship American merchant vessels built during world war two. Simple in design and very quick to build, about 2,500 were constructed, many subsequently finding their way into the fleets of shipping companies all over the world.

4 Scale - 1:96 model length - 1407mm Two sheet detailed set $ Plan No. SP-502A Lines SP-502B General Arrangement This plan also available in 1:72 Scale - 3 sheet set $ Plan No. SP-502/72A Lines SP-502/72B General Arrangement Profile SP-502/72C Deck Plans River Loddon . Officially designated an A class Australian steamship, River Loddon was one of 13 vessels built between 1943. and 1947. Commonly called the River class, as all ships were named after Australian Rivers, these vessels were based on a Scottish design for use as Australia's wartime cargo tonnage.

7 SP-506A Lines SP-506B General Arrangement Profile & Sections SP-506C Deck Plans "Edina". One of the longest serving vessels in Australia, 'Ednia' was built on the Clyde by Barclay Curle & Co. in 1854. She saw service in the Crimean War and arrived in Australia in 1863. After a very adventurous life, her final voyage between Melbourne and Geelong was in 1938. She then became a lighter for many years named "Dinah". She was totally scrapped in 1958. A piece of her bow lies buried in the Maribyrnong River and has heritage protection.

9 Lost at sea May 1925. of her life trading out of South Australia. She was lost Scale - 1:48 model length - 740mm in 1880 when on a voyage from Port Macdonnell to Two sheet detailed set $ Port Adelaide. Plan No. SP-102A Lines & General Arrangement Scale - 1:48 model length - 690mm SP-102B Sail Plan Two sheet detailed set $ Plan No. SP-104A Lines & General Arrangement SP-104B Sail Plan Trading Ketch 'Enterprise' Trading Ketch 'May Queen'. Built in 1902 by Charles Lucas in Hobart, Tasmania, One of the oldest vessels in the world, presented "Enterprise" was the first of the flat bottomed Trading with the 22nd World ship Trust Maritime Heritage Scows.

10 The drawings are very accurate as we were award in 2003. Built in 1867 at Franklin, Tasmania by able to do a full measure up of the vessel at Bicheno, Alexander Lawson, May Queen traded for over 100. Tasmania in 2003. Vessel still exists but is in poor years carrying mainly timber for Chesterman & Co. of condition. Hobart. She is currently preserved as a museum ship Scale - 1:48 model length - 580mm in Hobart. Two sheet detailed set $ Scale - 1:48 model length - 645mm Plan No. SP-108A Lines & General Arrangement Two sheet detailed set $ SP-108B Sail Plan Plan No. 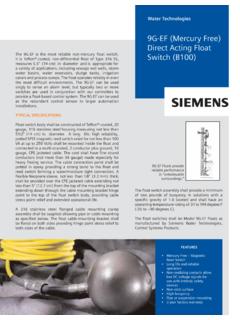 Water Technologies 9G-EF (Mercury Free) Direct Acting Float The 9G-EF is the most reliable non-mercury float switch. Switch (B100) It is Teflon®-coated, non-differential float of Type … 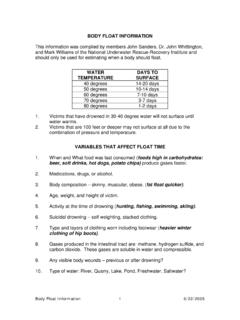 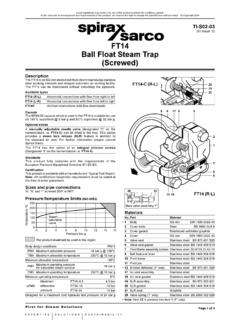 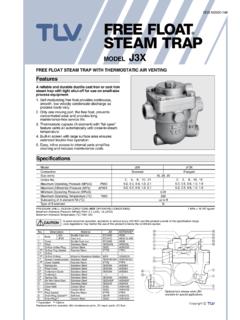