2 This limitation is R2. largely the result of the inaccuracy of Probe movements and R1 = Rlead1 + Rcontact1. the size of the actual Probe tips. The zyvex Test System is R2 = Rlead2 + Rcontact2. designed to overcome these limitations by offering 5 nm Vsense = I * (R1 + Rdut + R2). movement precision with Probe tip diameters less than 20. nm, and current-measuring capability down to 1 pA. Figure 1 2- Point measurement For general purpose resistance Measurements and I-V curve generation, 2- Point Electrical Measurements are normally used. However, when the resistance being measured is relatively low, or the resistance of the probes or the contacts is relatively high, a 4- Point Probe will yield more accurate results.

3 The zyvex Test System employs a zyvex S100 Precision Manip- ulator System and a Keithley Model 4200 Semiconductor Characterization System, with a measurement resolution of 100 fA. With a combined system noise floor below 55 fARMS, current Measurements of 1pA are readily achievable. Theory of 2- Point Measurements Ohm's law is used in order to determine a resistance: R=V/I. A known current is sourced and flows through the unknown resistance. We measure the voltage that develops across the resistance by dividing the measured voltage by the sourced current. A problem that occurs when using a 2-wire setup is that the voltage is measured not only across the resistance in question, but also includes the resistance of the leads and contacts (Figure 1).

4 When using an ohmmeter to measure resistances above a few ohms, this added resistance is usually zyvex . Z Y V E X A P P L I C AT I O N N O T E 9 7 0 2. not a problem. However, when measuring low resistances or Iforce when contact resistance may be high, obtaining accurate results with a two wire measurement could be a problem. R3. I_vm Theory of 4- Point Measurements A solution to the problem of 2- Point Measurements in which R5. Rdut the lead and contact resistance is measured along with that of the device under test (DUT) is the 4-wire or Kelvin V Vsense measurement . Because a second set of probes is used for sensing and since negligible current flows in these probes, only the voltage drop across the device under test is measured R6.

7 DC voltages and currents). Test capabilities are extended by support of a variety of external components. For less precise S100 HEAD IN SEM CHAMBER. measurement and testing applications, other Keithley instruments may be employed to configure the system more Figure 3 Schematic diagram of zyvex S100 test head with Keithley 4200. closely to the requirement. Preparation and Testing To implement a 4- Point measurement (Figure 3), all 4. positioners of the test system are used. Each positioner controls a single Probe . The probes are positioned in a line on the DUT. The outer and inner probes that are closest to each other on the DUT connect to the same Source-Measure Unit (SMU). The outer Probe connects to the force terminal on zyvex .

8 Z Y V E X A P P L I C AT I O N N O T E 9 7 0 2. the SMUs; the inner Probe connects to the sense terminal S100 BLOCK DIAGRAM. on the SMU. Because the zyvex test head employs coaxial cables and the S100. 4200 uses triaxial cables, an adapter is required. The signal HEAD. lines of the coax and triax cables should be tied together and BNC. PATCH PANEL BREAKOUTS. the shields should be tied to each other as well. The guard (BNC CONNECTIONS). of the triax is left open. Keithley's #237-BNC-TRX adapters can be used. Caution should be used with other adapters because they may not interface between the coax and triax Figure 4 S100 block diagram cables in the same way. Note that the connections between the 4200 and S100 can be made at the patch panel rack or on the BNC breakouts (Figure 4).

9 The Keithley Interactive Test Environment (KITE) program on the 4200 is used to run the test. The 4- Point interactive test module which is found in the KITE folder titled 2 wire- resistor can be used to generate results for the I-V curve. This is a pre-configured routine that implements 4- Point measure- ments using 4 cables and 2 SMUs as described above. Conclusion The zyvex Test System is an effective measurement tool for IV characterization of nanoscale components. With 4- Point Probe capability, 1pA accuracy, and 5 nanometer precision movement, the system offers a unique combination of features that are ideal for semiconductor characterizations. References 1. Cable/Harness Testing Made Easy : testing/ 2.

Measuring Electrical Breakdown of a Dielectric-Filled ... 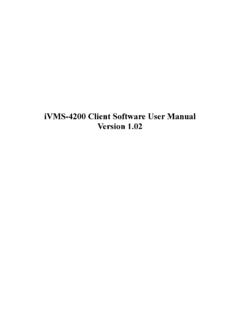 Chapter 2. Starting iVMS-4200 2.1 User Registration For the first time to use the iVMS-4200 software, you need to register a super user for login. Enter the super user name, password and confirm the password in the dialog box and click Register. 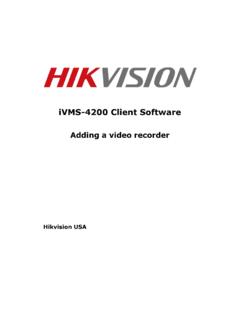 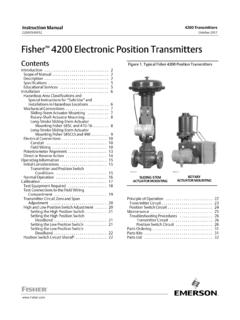 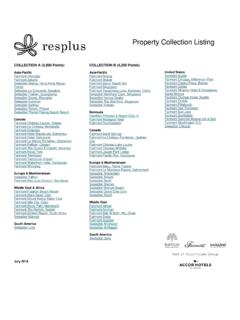