Global Age-friendly Cities: A Guide - WHO

2 : +41 22 791 3264; fax: +41 22 791. 4857; e-mail: Requests for permission to reproduce or translate WHO publications whether for sale or for noncommercial distribution should be addressed to WHO Press, at the above ad- dress (fax: +41 22 791 4806; e-mail: The designations employed and the presentation of the material in this publication do not imply the expres- sion of any opinion whatsoever on the part of the world health organization concerning the legal status of any country, territory, city or area or of its authorities, or concerning the delimitation of its frontiers or boundaries. Dotted lines on maps represent approximate border lines for which there may not yet be full agreement. The mention of speci c companies or of certain manufacturers' products does not imply that they are endorsed or recommended by the world health organization in preference to others of a similar nature that are not mentioned.)

3 Errors and omissions excepted, the names of proprietary products are distinguished by initial capital letters. All reasonable precautions have been taken by the world health organization to verify the information contained in this publication. However, the published material is being distributed without warranty of any kind, either expressed or implied. The responsibility for the interpretation and use of the material lies with the reader. In no event shall the world health organization be liable for damages arising from its use. Design: Illustration: Ann Feild/Didyk Printed in France PAGE iI. AGEING AND LIFE COURSE, FAMILY AND COMMUNITY health . Table of Contents Acknowledgements iv Introduction: about this Guide 1. Part 1.

5 It immediately attracted enthusiastic interest, which has translated into generous contributions from many partners. We gratefully acknowledge the funding and in-kind support provided by the Public health Agency of Canada, which was crucial for implementing the research, the participation of several cities and the publication of this Guide . We also extend our appreciation to the Ministry of health of British Columbia for supporting the initial meeting of collaborating cities in May, 2006 in Vancouver, Canada; to 2010 Legacies Now for funding the publication of a promotional pamphlet; to Help the Aged for enabling the participation of two cities and for supporting the second meeting of collaborating cities in London, United Kingdom, in March 2007; and to the City of Ottawa, Canada, for pilot testing the research protocol.

7 The Global Age-friendly cities project was developed by Alexandre Kalache and Louise Plouffe, WHO head- quarters, Geneva, Switzerland, and the report was produced under their overall direction. Substantial intel- lectual contributions in the data analysis and preparation of the report were made by Louise Plouffe; Karen Purdy, Of ce for Seniors Interests and Volunteering, Government of Western Australia; Julie Netherland, Ana Krieger and Ruth Finkelstein, New York Academy of Medicine; Donelda Eve, Winnie Yu and Jennifer MacKay, Ministry of health of British Columbia; and Charles Petitot, WHO headquarters. The research protocol was implemented in the following 33 cities thanks to the efforts of governments, nongovernmental organizations and academic groups.

9 In focus groups, these people articulated the model of an Age-friendly city based on their experience that is at the heart of this Guide . These older people and those who interact with them in signi cant ways will continue to play a critical role as commu- nity advocates and overseers of action to make their cities more Age-friendly . PAGE iV. AGEING AND LIFE COURSE, FAMILY AND COMMUNITY health . Introduction: about this Guide Population ageing and urbanization are and barriers they experience in eight areas two Global trends that together comprise of city living. In most cities , the reports major forces shaping the 21st century. At from older people were complemented by the same time as cities are growing, their evidence from focus groups of caregivers share of residents aged 60 years and more is and service providers in the public, volun- increasing.

10 Older people are a resource for tary and private sectors. The results from their families, communities and economies the focus groups led to the development of in supportive and enabling living environ- a set of Age-friendly city checklists. ments. WHO regards active ageing as a life- Part 1 describes the converging trends long process shaped by several factors that, of rapid growth of the population over alone and acting together, favour health , 60 years of age and of urbanization, and participation and security in older adult outlines the challenge facing cities . life. Informed by WHO's approach to ac- tive ageing, the purpose of this Guide is to Part 2 presents the active ageing con- engage cities to become more Age-friendly cept as a model to Guide the development so as to tap the potential that older people of Age-friendly cities .

v FOREWORD The English language is now closer to being the world's second language than any other since the dominance of Latin in Western civilization. 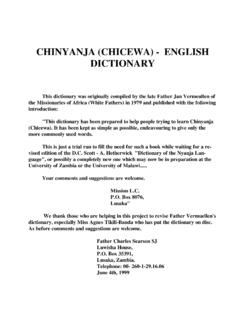 An English - Cornish Glossary in the Standard … 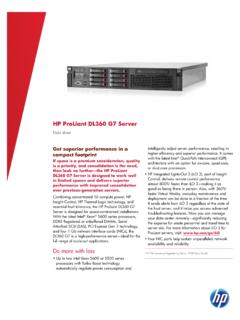 HP ProLiant DL360 G7 Server Data sheet Get superior performance in a compact footprint If space is a premium consideration, quality is a priority, and consolidation is the need,

EMPLOYEE RIGHTS UNDER THE FAMILY AND MEDICAL LEAVE ACT Eligible employees who work for a covered employer can take up to 12 weeks of unpaid, job-protected leave in a 12-month period