Global Vehicle Technologies 425 C Street NW. Auburn, WA 98001. (206) 244-1305. Finding a Better Way to Deploy Lift Axles Norgren Global Vehicle Technologies isn't in the business of making mousetraps, but it believes it has come up with a better way for deploying lift axles for on- and off-road vehicles. The international engineering-driven manufacturer of fluid and motion controls for OEMs of commercial vehicles developed an improved system to control the up and down movement of lift axles for on- and off-road vehicles. The company was convinced its Lift Axle Control Module would help lift axles deploy up to 50 percent faster and provide a more economical, less complicated product for installation and servicing. But how would the company's device perform in extensive field testing?

1 Global Vehicle Technologies 425 C Street NW. Auburn, WA 98001. (206) 244-1305. Finding a Better Way to Deploy Lift Axles Norgren Global Vehicle Technologies isn't in the business of making mousetraps, but it believes it has come up with a better way for deploying lift axles for on- and off-road vehicles. The international engineering-driven manufacturer of fluid and motion controls for OEMs of commercial vehicles developed an improved system to control the up and down movement of lift axles for on- and off-road vehicles. The company was convinced its Lift Axle Control Module would help lift axles deploy up to 50 percent faster and provide a more economical, less complicated product for installation and servicing. But how would the company's device perform in extensive field testing?

2 After about a year of testing in a variety of applications, the LACM is delivering favorable results, according to equipment manufacturers and operators. The device has been installed on vehicles such as dump trucks, heavy-duty hauling tractors and a bulk transporter. They have been tested in winter and summer working conditions in the Northeast and the Midwest. Faster Deployment Times The chassis-mounted LACM can be configured to specific system requirements and is designed to withstand harsh working conditions off-road. And by using brake-style relay valve technology that maximizes air flow, the LACM can reduce lift axle deployment times, according to Andy Lampkin, key account manager at Norgren GVT in Seattle. In many single-element systems, the LACM has consistently shown dramatic time improvements in many cases it's cut in half in the time it takes the lift axle to initially lift off the ground and, when deployed, to reach the pressure set by the regulator, Lampkin says.

3 Many current lift axles are controlled by either a combination of multiple brake-style relay valves and solenoids or industrial piloted spool valves, according to Lampkin. Valves with multiple components Certificate No. FM 26780. require additional plumbing and increase the possibility of air leaks, he points out. In addition, industrial spool valves are expensive and prone to fail in heavy-duty chassis applications. Truck operators have been looking for a way to lift and deploy auxiliary axles quickly and economically and withstand the tough conditions for chassis-mounted components, he says. Lampkin says a truck manufacturer approached Norgren GVT about developing a device that would reduce problems in the field and be more cost effective. They wanted us to come up with a better mousetrap.

4 At the same time we wanted to address the performance requirements of truck operators in construction and other off-road applications, he says. Under normal Vehicle operating conditions, system air pressure in supplied to the lift bags and the load bags are vented, according to Lampkin. The suspension is lowered by triggering the integrated solenoid valve. Once the solenoid is energized, the lift bags are vented and load bags are filled with supply air based on the regulated pressure setting. When the solenoid is de-energized, the load bags are vented while system pressure is restored to the lift bags. These actions take place extremely rapidly because of the high air flow feature of the internal valve components, Lampkin says. Various Configurations The LACM also can be configured to a default position where regulated air pressure is supplied to the load bags.

5 This configuration is used if the lift axle has parking brakes, according to Lampkin. The LACM is a single device containing an integrated solenoid valve and all of the ports required to control the axle. Included are a single main air supply port, two load air spring delivery ports, two lift air spring delivery ports and a single regulated supply port. A pressure gauge port is optional. Lampkin says some manufacturers will pre-plumb new trucks to accommodate the LACM. The device will also be available in the after market for operators who want to retrofit their trucks. Trailer and truck equipment outfitter Stainless and Repair Inc. of Marshfield, Wisc., has installed Watson & Chalin suspensions on three types of vocational applications: dump trucks, log trucks and a milk tank truck.

6 We've had good experiences with all of the applications where the LACM is installed , says Gordy Ritter, Stainless and Repair sales manager. The response times for lifting and lowering have been far less.. Certificate No. FM 26780. Ritter says one of the benefits for his business is easier integration. He says installation time is faster because of the LACM's simplified design and fewer parts. The device eliminates a lot of the parts we put on the axles. All the controls go through this one module.. Ritter says he has installed the LACM only with Watson & Chalin suspensions but will consider using the device with other suspensions. Bulk Transporter Application Will's Milk Transport Inc. of Colby, Wisc., has the LACM installed on both tag and pusher axles on a four-axle straight truck.

7 The Western Star 4964, which is outfitted with a 6,000-gallon tank, collects milk at farms in central Wisconsin and transports to cheese plants for processing. We have more than 25,000 miles on the truck, and the driver says the control module is working well, says Will's Milk Transport owner Bob Will. The driver is lifting the axles 15 to 20 times a day, so it gets a good workout.. Since the LACM deploys the axles quickly, the hauling is placing less strain on axles tires, according to Will. You have less chance of scuffing tires when you lift the axle quicker. In the past, we've discovered flat spots on axle tires because of slow deployment.. Vocational truckers have long sought ways to increase the carrying capacity of their vehicles while still complying with federal and state weight restrictions.

8 Auxiliary axles have been a popular solution. Depending on how much weight a truck is carrying, the operator may need to have the axle down. If the truck isn't carrying much weight, the auxiliary axle may be in the up position. For steerable lift axles, the axles have to be lifted when the truck goes in reverse. The lifting has to happen quickly because most steerable lift axles can't be steered in reverse, according to Cully Dodd, engineering manager at Watson & Chalin Manufacturing, in McKinney, Texas. If the raising doesn't happen fast enough, the axle wheels may slide sideways, which limits the life of the axles or suspension components. Jim Suchowski, a driver with Cons Trucks in Stevens Point, Wisc., says the LACM has performed quickly and without a hitch on his dump truck over the past year.

9 He carries loads ranging from asphalt and dirt to stone and sand in his 2005 Peterbilt with four axles. Certificate No. FM 26780. Suchowski notes that it would be frustrating with other control valves to have to wait for the axle to lift before entering a corner. With the valve, it's the fastest lift up I've experienced in my hauling, says Suchowski, who has driven 18 years with the company. The deployment is fast and reliable, so I can wait to the last second to lift the axles on corners. The release time is at least cut in half for sure.. Suchowski says older valve devices often plug up with dirt and road chemicals that prevent them from releasing. If a valve doesn't deploy, you end up dragging the tires when braking on corners. With the LACM, you reduce wear and tear on the tires and avoid flat spots. 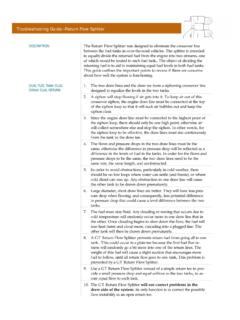 DESCRIPTION: DUAL FUEL TANK/DUAL DRAW/DUAL RETURN: The Return Flow Splitter was designed to eliminate the crossover line between the fuel tanks in … 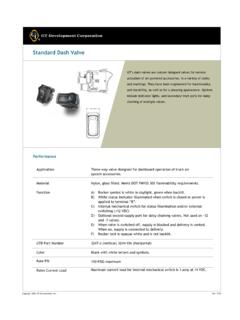 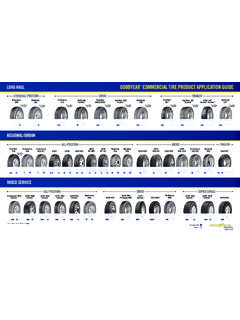 TI AIC - 3 - GENERAL INFORMATION READING A TRUCK SIDEWALL It’s important that you learn how to read the sidewall of a tire. You’ll find that these designations give