Glossary Glossary of Terms used in Programmable Controller -based Systems From Industrial Text and Video Co. the leader in Electrical, Motor Control and PLCs Video Training Programs 1-800-752-8398 1. Glossary Glossary . A AC/DC I/O interface. A discrete interface that converts alternating current (AC). voltages from field devices into direct current (DC) signals that the processor can use. It can also convert DC signals into proportional AC voltages. action. A set of control instructions prompting a PLC to perform a certain control function during the execution of a sequential function chart step. acyclic message. An unscheduled message transmission.

1 Glossary Glossary of Terms used in Programmable Controller -based Systems From Industrial Text and Video Co. the leader in Electrical, Motor Control and PLCs Video Training Programs 1-800-752-8398 1. Glossary Glossary . A AC/DC I/O interface. A discrete interface that converts alternating current (AC). voltages from field devices into direct current (DC) signals that the processor can use. It can also convert DC signals into proportional AC voltages. action. A set of control instructions prompting a PLC to perform a certain control function during the execution of a sequential function chart step. acyclic message. An unscheduled message transmission.

2 A/D. See analog-to-digital converter. address. (1) The location in a computer's memory where particular information is stored. (2) The alphanumeric value used to identify a specific I/O rack, module group, and terminal location. addressability. The total number of devices that can be connected to a network. address field. The sequence of eight (or any multiple of eight) bits immediately following the opening flag sequence of a frame, which identifies the secondary station that is sending (or is designated to receive) the frame. AI. See artificial intelligence. algorithm. A set of procedures used to solve a problem.

3 Alphanumeric code. A character string consisting of a combination of letters, numbers, and/or special characters used to represent text, commands, numbers, and/or code groups. ambient temperature. The temperature of the air surrounding a device. American National Standards Institute (ANSI). A clearinghouse and coordinat- ing agency for voluntary standards in the United States. American Wire Gauge (AWG). A standard system used to designate the size of electrical conductors. Gauge numbers have an inverse relationship to size; larger gauges have a smaller diameter. analog device. An apparatus that measures continuous information signals ( , signals that have an infinite number of values).

4 The only limitation on resolution is the accuracy of the measuring device. analog input interface. An input circuit that uses an analog-to-digital converter to translate a continuous analog signal, measured by an analog device, into a digital value that can be used by the processor. analog output interface. An output circuit that uses a digital-to-analog converter to translate a digital value, sent from the processor, into an analog signal that can control a connected analog device. analog signal. A continuous signal that changes smoothly over a given range, rather than switching suddenly between certain levels as discrete signals do.

5 Analog-to-digital converter (A/D). A device that translates analog signals from field devices into binary numbers that can be read by the processor. AND. A logical operator that requires all input conditions to be logic 1 for the output to be logic 1. If any input is logic 0, then the output will be logic 0. ANSI. See American National Standards Institute. 1-800-752-8398 2. Glossary application. (1) A machine or process monitored and controlled by a PLC. (2) The use of computer or processor-based routines for specific purposes. application memory. The part of the total system memory devoted to storing the application program and its associated data.

6 Application program. The set of instructions that provides control, data acquisition, and report generation capabilities for a specific process. arithmetic instructions. Computer programming codes that give a PLC the ability to perform mathematical functions, such as addition, subtraction, multiplication, division, and square root, on data. artificial intelligence (AI). A subfield of computer science dealing with the development of computer programs that solve tasks requiring extensive knowl- edge. ASCII. For American Standard Code for Information Interchange. A seven-bit code with an optional parity bit used to represent alphanumeric, punctuation, and control characters.

7 ASCII I/O interface. A special function interface that transmits alphanumeric data between peripheral equipment and a PLC. assembly language. A symbolic programming language that can be directly translated into machine language instructions. asynchronous. Recurrent or repeated operations that occur in unrelated patterns over time. AWG. See American Wire Gauge. B back plane. A printed circuit board, located in the back of a chassis, that contains a data bus, power bus, and mating connectors for modules that will be inserted into the chassis. backup. A device or system that is kept on hand to replace a device or system that fails.

8 Backward chaining. A method of finding the causes of an outcome by analyzing its consequents to obtain its antecedents. bandwidth. The range of frequencies expressed in Hertz over which a system is designed to operate. base. The maximum number of digits used to represent values in a number system. baseband coaxial cable. A communication medium that can send one transmission signal at a time at its original frequency. BASIC module. An intelligent I/O interface capable of performing computational tasks without affecting the PLC processor's computing time. battery backup. A battery or set of batteries that will provide power to the processor's memory in the event of a power outage.

9 Baud. (1) The reciprocal of the shortest pulse width in a data communication stream. (2) The number of binary bits transmitted per second during a serial data transmission. Baye's theorem. An equation that defines the probability of one event occurring based on the fact that another event has already occurred. BCC. See block check character. 1-800-752-8398 3. Glossary BCD. See binary coded decimal. binary coded decimal (BCD). A binary number system in which each decimal digit from 0 to 9 is represented by four binary digits (bits). The four positions have a weighted value of 1, 2, 4, and 8, respectively, starting from the least significant (right-most) bit.

10 Binary number system. A base 2 number system that uses only the numbers 0 and 1 to express all values. Each digit position of a binary number has a weighted value of 1, 2, 4, 8, 16, 32, 64, and so on, starting with the least significant (right-most). digit. bit. For binary digit. The smallest unit of binary information. A bit can have a value of 1 or 0. bit rate. See baud. bit-wide bus network. An I/O bus network that interfaces with discrete devices that transmit less than 8 bits of data at a time. blackboard architecture. The distribution of knowledge inferencing, as well as global and knowledge databases, in a control system through the use of several subsystems containing local, global, and knowledge databases that work indepen- dently of each other. 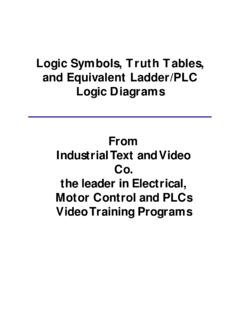 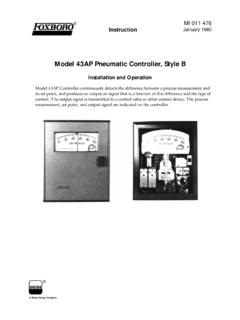 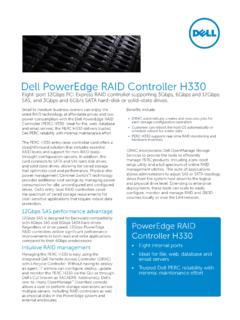 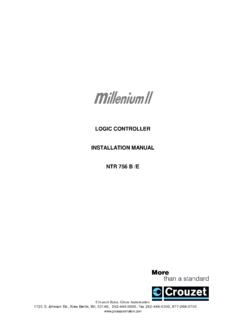 The changing role of the financial controller - EY 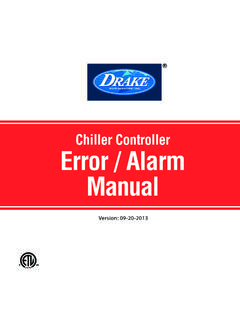 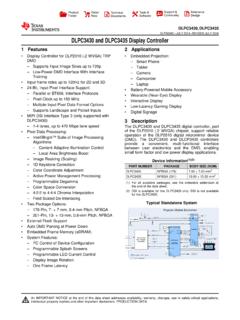