2 The reforms have not stopped with the expansion of the political space, but have moved further to promote and/or accelerate the revitalization of the PUBLIC service. While a lot has been accomplished, much more remains to be done to reposition GOVERNANCE and PUBLIC administration institutions for the emerging challenges, including those related to the implementation of the New Partnership for Africa s Development (NEPAD). Success in re-inventing Africa s GOVERNANCE and PUBLIC administration systems for the challenges of NEPAD hinges on a number of things including leadership, especially, the capacity of the leadership class to build broad-based national and regional coalitions and channel energies towards the realization of the NEPAD vision. The challenges ahead are certainly daunting, but, with the right caliber of leaders, are not insurmountable.

3 In this paper we begin by presenting, with examples, an overview of the REFORM measures undertaken in recent years in a number of african countries. We then proceed to assess the impact of the reforms on the capacity, integrity and NEPAD-readiness of GOVERNANCE and PUBLIC administration institutions. The concluding section focuses on leadership, and the issues that civic, political, government, and PUBLIC service leaders have to face as well as some of the bold measures they have to adopt to re-invent the government for the NEPAD challenge and the human security of Africans. The underlying question is: To what extent can these reforms be equated to innovations? I. GOVERNANCE and PUBLIC Service REFORM : Challenges, responses, and milestones The challenges facing PUBLIC administration worldwide have multiplied since the General Assembly adopted resolution 49/136 in 1995 and 50/225 in 1996 (Bertucci and Dugget).

5 However, this paper does not reflect the opinions of the United Nations in any way. 3 Indeed, the dominant concern in this region of approximately 650 million people is how to sustain on-going GOVERNANCE REFORM and economic restructuring programmes, while at the same time recording breakthroughs in poverty alleviation efforts, and maintaining peace and stability. The continent has certainly made progress in the area of GOVERNANCE , with a growing number of countries, more than two thirds, opting out of one-party rule and military dictatorships and introducing multiparty democracies. This is in contrast to the 1980s when elections were permitted in only a few (probably less than seven) countries. While corruption is still an issue, a number of countries have instituted measures to combat the menace. Among the measures specifically adopted to revitalize GOVERNANCE institutions are the abolition of one-party rule and the legalization of multi-party competition, the organization and conduct of presidential and legislative elections, the enhancement of the policy analytic, budget review, and general oversight capacities of legislatures, the consolidation of the independence of the judiciary, and the empowerment of civic bodies to participate in the political process and to perform sundry policy advocacy and watch-dog roles.

6 To contain grand and petty corruption, african Governments have established high-powered anti-corruption bodies, and have strengthened the enforcement and monitoring mechanisms. While it is too early to say that the era of impunity is past, accountability is increasingly becoming a fact of PUBLIC life. An environment conducive to entrepreneurship and private sector development is emerging, thanks to the efforts made to strengthen the capacity of the police and the judiciary, and ensure that legally valid contracts are enforced. PUBLIC service REFORM As part of the efforts at satisfying the growing demand for democracy dividends , african Governments have in recent years shifted attention to the REFORM of the PUBLIC service. In fact, the signs are visible, and the evidence is overwhelming, that issues that had once been evaded in political circles ( , issues of competence, performance, and integrity of the PUBLIC service) are now being debated within and across political parties.

7 In consonance with the momentous changes taking place in the broad GOVERNANCE sphere (particularly, the replacement of one-party and/or military rule with multi-party competition) the career service is gradually being reconfigured into a de-politicized and professional institution. The PUBLIC service REFORM programmes implemented in the last ten years underscore the importance that the african leaders now attach to the professionalism as well as the performance and productivity of the service. Taking their cues from the experience with the administrative REFORM initiatives of the early post independence period (1960s and 1970s), and the negative impact of structural adjustment programmes on the PUBLIC service, a growing number of countries embarked on home-grown REFORM initiatives as from the mid-1990s (Dodoo, 1996; Ntukamazina, 1996; Balogun and Mutahaba, 1999; and Balogun, 203).

8 Undoubtedly, the scope, direction and impact of PUBLIC service REFORM vary from one country to the other. However, many of the REFORM programmes have the following elements in common: resuscitation of the basic ethos of PUBLIC service with an accent on professionalism, integrity, competence, accountability, and responsiveness of the service; review of personnel policy and practices (with emphasis on the review of performance appraisal instruments and mechanisms, revision of personnel rules, and computerization of personnel processes; rationalization of pay and grading structures and the introduction of performance- and productivity-related pay; labour redeployment and redundancy management introduction of customer-care initiatives; improvement of records and information management systems; revitalization of local government and decentralized agencies.)

9 Implementation of anti-corruption measures (including the establishment of watchdog bodies such as office of Inspector General of Government in Uganda, ombudsman in Namibia, anti- 4corruption commissions in Ghana, Nigeria and Kenya, PUBLIC prosecutor in South Africa, and mediateur de l etat in many Francophone african countries). The circumstances in which the REFORM programmes are being implemented also vary. The experiences described in this paper include those of countries emerging from conflict, and of the countries that are making an effort to build, or that have built, PUBLIC service innovation into their systems. REFORM in post-conflict environment Angola provides a good example of PUBLIC service REFORM in difficult circumstances. Political rights were widened as part of the 1991-92 reforms that instituted a multi-party system, and guaranteed freedom of association, assembly, speech, and of the press.

10 According to a UN Common Assessment, an adequate response to the challenges of reconstruction and long-term development in Angola requires that the underlying institutional and GOVERNANCE issues be quickly addressed. The 1991-92 constitutional reforms opened the way to political pluralism, and assured the citizen of the basic rights. However, the constitutional guarantees could not be effectively implemented while Angola was in a war footing. For years, therefore, popular participation in the conduct of PUBLIC affairs remained highly restricted, and Government accountability to the PUBLIC was circumscribed. Besides, institutional capacity in PUBLIC administration has been badly eroded since the early 1990s, partly because of the decline in the real value of salaries and the resultant impact on morale and performance, and due to brain drain from Government to other employing organizations. 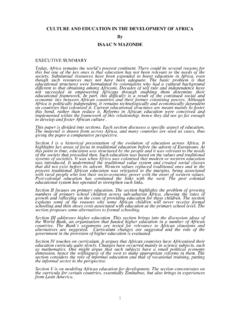 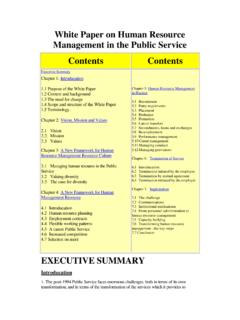 STRATEGY 2.1 Implementing development programmes to facilitate the transfor- mation process This will include principles of public management 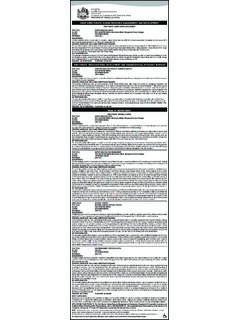 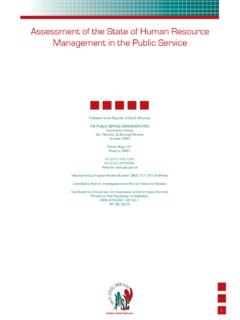 Assessment of the State of Human Resource …

ii FOREWORD The quality of human resources is a critical factor in the capacity of the government to deliver on its mandate. Human Resource Management 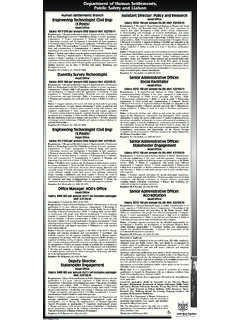 2 No. 38374 GOVERNMENT GAZETTE, 22 December 2014 Act No. 11 of 2014 Public Administration Management Act, 2014 ACT To promote the basic values and principles governing the public administration

Sustainable Management of the Fall Armyworm in …

Towards the attainment of BLS national visions …