GPS Errors & Estimating your Receiver's Accuracy What's the difference between repeatability and Accuracy ? Accuracy The degree of conformance between the estimated or measured position, time, and/or velocity of a GPS receiver and its true time, position, and/or velocity as compared with a constant standard. Radionavigation system Accuracy is usually presented as a statistical measure of system error and is characterized as follows: Predictable - The Accuracy of a radionavigation system's position solution with respect to the charted solution. Both the position solution and the chart must be based upon the same geodetic datum.

GPS Errors & Estimating Your Receiver's Accuracy € € €What's the difference between repeatability and accuracy? Accuracy The degree of conformance between the estimated or measured position, time, and/or velocity of a GPS receiver and

1 GPS Errors & Estimating your Receiver's Accuracy What's the difference between repeatability and Accuracy ? Accuracy The degree of conformance between the estimated or measured position, time, and/or velocity of a GPS receiver and its true time, position, and/or velocity as compared with a constant standard. Radionavigation system Accuracy is usually presented as a statistical measure of system error and is characterized as follows: Predictable - The Accuracy of a radionavigation system's position solution with respect to the charted solution. Both the position solution and the chart must be based upon the same geodetic datum.

2 Repeatable - The Accuracy with which a user can return to a position whose coordinates have been measured at a previous time with the same navigation system. Relative - The Accuracy with which a user can measure position relative to that of another user of the same navigation system at the same time. Estimated Position Error (EPE) EPE (1-sigma) = HDOP * UERE (1-sigma) Multiplying the HDOP * UERE * 2 gives EPE (2drms) and is commonly taken as the 95% limit for the magnitude of the horizontal error. The probability of horizontal error is within an ellipse of radius 2 drms ranges between and depending on the ratio of the ellipse semi-axes.

3 User Equivalent Range Error (UERE) is computed in the tables lower on this page. Estimate the Accuracy of your GPS receiver by following these four steps. A set of measurements is worth a thousand expert opinions! Forget about EPEs! Trust your own plot. any convenient unobstructed place. the UTM coordinates for that place. Don't throw out ANY data points! a graphic plot of Eastings and Northings (pencil and paper works really well for this). steps 2 and 3 (at different time of day and night, and often) Notes from Wolfgang Rupprecht: 1. It might induce more folks to actually do the experiment themselves if the lead in paragraph were to be something along the lines of "If things were working well and everything followed the theoretical models then these are the Errors one would expect to " The difference in my mind is that from a strictly scientific standpoint one really can't assume that any of the information transmit from the satellites is correct or that anything the GPS is calculating is correct.

4 It obviously usually is, but there are low-probability exceptions. 2. The other thing that deserves being stressed is that there are two kinds of " Accuracy " numbers being tossed around. One is actual meausred Accuracy . This is what the GPS system does (or at least did) during the period of the test. The other are target-spec numbers. These are back-of-the-envelope error budgets that the designers have set aside. They might be overly pessimistic outside numbers, they might be overly optimistic. Only real measurements over extended periods of time can tell.

5 3. I'd like to see everyone build or buy a gps-to-computer cable and log their own NMEA. There is no substitute for checking the numbers oneself. Notes from David L Wilson: 1. Suggest you add something like: The more days and more times per day, the better. 2. Suggest something about the fact that, in general, maximum Errors will be larger than those observed. This is due to the fact that large Errors are brief and unpredictable. I would definitely include something to this effect. 3. Suggest that if someone is able to log the NMEA data that that is preferred and that what you propose is for those unable to do that or not possesing the software or experience with it to do differently.

6 Maybe you do not have to say that much. 4. Strongly caution that if the person seems to have very different numbers from other that they should be suspicious that they did not collect enough data or that due to probability, they were just lucky or unlucky. Page 1 of 8 Sam Wormley's GPS Errors & Estimating your Receiver's Accuracy The following is adapted from Chapter 11, "GPS Error Analysis", pages 478-483, Global Positioning System: Theory and Applications by Bradford W. Parkinson, James J. Spilker Jr. Eds. A. Six Classes of Errors Ranging Errors are grouped into the six following classes.

9 Representative values for these Errors are used to construct an error table in a later section of this chapter. A more complete discussion of individual error sources can be found in succeeding chapters. B. Ephemeris Errors Ephemeris Errors result when the GPS message does not transmit the correct satellite location. It is typical that the radial component of this error is the smallest: the tangential and cross-track Errors may be larger by an order of magnitude. Fortunately, the larger components do not affect ranging Accuracy to the same degree. This can be seen in the fundamental error Eq.

10 (12). The AW represents each satellite position error, but when dot-multiplied by the unit satellite direction vector (in the A matrix), only the projection of satellite positioning error along the line of sight creates a ranging error. Because satellite Errors reflect a position prediction, they tend to grow with time from the last control station upload. It is possible that a portion of the deliberate SA error is added to the ephemeris as well. However, the predictions are long smooth arcs, so all Errors in the ephemeris tend to be slowly changing with time. 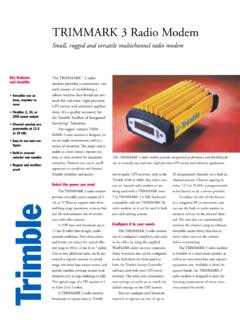 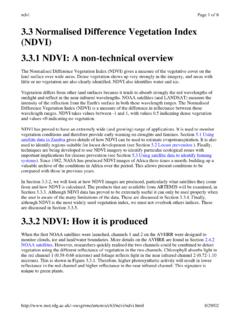 Figure 3.3.3: LAC image from Harare. When the satellite views an area at any one time, a large part of the image may be cloud, which has a very low NDVI (approximately 0.002). 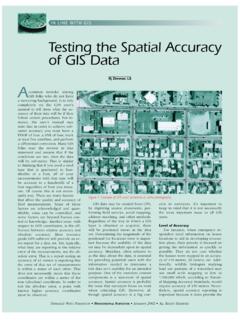 Testing lines, for ex-ample, requires test-ing the accuracy of the end points of the lines such as at road intersections, and the geometry of the line between the 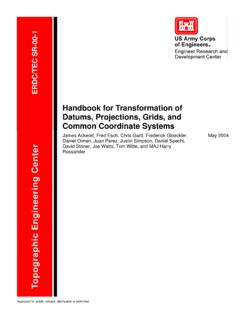 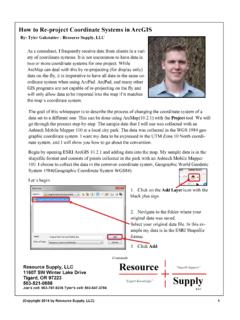 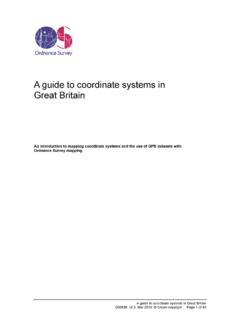 D00659 A Guide to coordinate systems in Great … 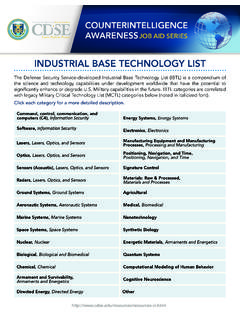 Within the U.S. Government, C4 is ubiquitous. The hardware that comprises C4 is the backbone of almost all government function from battlefield commanders to …