HERBAL MANUAL . The Medicinal, Toilet, Culinary and other Uses of 130 of the most Commonly Used Herbs By HAROLD WARD. L. N. Fowler & Co. Ltd. 15 New Bridge Street London, HERBAL MANUAL by Harold Ward - Page 1. The Southwest School of Botanical Medicine FOREWORD. PRACTISING medical herbalists have long recognized the need, evidenced in an increasing public demand, for a popular-priced MANUAL containing an exposition of their attitude towards problems of health and disease, together with a comprehensive and descriptive cyclopaedia of the remedies they use, with such other information as is likely to be of use or interest to both general reader and more serious student. This purpose the present author has thought to achieve by a preliminary survey of the historical background of medical herbalism, followed by an explanation and discussion of the philosophy upon which the HERBAL practitioner of to-day bases his work.

HERBAL MANUAL The Medicinal, Toilet, Culinary and other Uses of 130 of the most Commonly Used Herbs By HAROLD WARD L. N. Fowler & …

1 HERBAL MANUAL . The Medicinal, Toilet, Culinary and other Uses of 130 of the most Commonly Used Herbs By HAROLD WARD. L. N. Fowler & Co. Ltd. 15 New Bridge Street London, HERBAL MANUAL by Harold Ward - Page 1. The Southwest School of Botanical Medicine FOREWORD. PRACTISING medical herbalists have long recognized the need, evidenced in an increasing public demand, for a popular-priced MANUAL containing an exposition of their attitude towards problems of health and disease, together with a comprehensive and descriptive cyclopaedia of the remedies they use, with such other information as is likely to be of use or interest to both general reader and more serious student. This purpose the present author has thought to achieve by a preliminary survey of the historical background of medical herbalism, followed by an explanation and discussion of the philosophy upon which the HERBAL practitioner of to-day bases his work.

2 The greater part of the book is devoted to the cyclopaedic dictionary of medicinal and other herbs, with their natural order, botanical and common names and synonyms, their habitats, distinctive features, the parts employed and the therapeutic properties, with uses and dosage. The better-known herbs, and those which are more commonly seen in prescriptions, as well as those which, for any other reason, may be of unusual interest, have been dealt with, it will be noticed, in greater detail than the less frequently used and discussed plants. Quotations from the writings of herbalists, from Culpeper to the twentieth century, are freely inserted where these were thought to be especially apposite. It will be observed that to most of the herbs are ascribed double or multiple medicinal actions.

3 Which particular virtue comes to the fore in actual application depends largely on the other agents with which it is combined. Thus, the alterative properties of a herb may be more pronounced in one combination, while in a different prescription its value as a diuretic might become more operative. In the effective allocation of his various medicinal agents to meet precise individual requirements lies an important department of the work of the skilled prescribing herbalist. The index of therapeutic action will be found helpful in locating suitable herbs in specific forms of ill-health, while the volume would not be complete without the information concerning the gathering of herbs, the glossary of botanical terms used and the very full index of the herbs HERBAL MANUAL by Harold Ward - Page 2.

4 The Southwest School of Botanical Medicine themselves, under their common and botanical names and synonyms, with which the book ends. While it is considered that the work will not be without value to both practitioner and student, it is the general public to whom it is primarily addressed. An increasing number of people are turning to HERBAL healing, many of them for reasons which will be apparent in the following pages. HAROLD WARD. Scotts Hall, Westleton, Saxmundham Suffolk. August, 1936. HERBAL MANUAL by Harold Ward - Page 3. The Southwest School of Botanical Medicine PART I. I HISTORY OF HERBALISM. ALTHOUGH the use of plants in the alleviation and cure of bodily ills goes as far back as the history of the human race itself, probably the first official reference to herbalism as a definite art and the practice of a distinct group of persons, is contained in no less important a document than an Act of Parliament of the reign of King Henry VIII.

5 The enactment headed "Annis Tricesimo Quarto et Tricesimo Quinto, Henrici VIII Regis. Cap. VIII" is still part of the Statute Law of England, and is popularly known as "The Herbalists' Charter.". It seems that in the early years of the sixteenth century there was considerable discontent concerning both the methods of practice of the official school of medicine and the fees charged by its practitioners for the conferring of dubious benefits. Further, the Act referred to makes it fairly clear that the doctors of the period did not boggle at legal and other persecution of those who disagreed with their theories and who used, apparently with some success, a different method of healing to their own. The abuses must have reached rather serious dimensions, and have affected even the high and mighty of the land, as it is extremely unlikely that a Tudor monarch and his advisers would have deigned to notice officially a matter that oppressed only the poorer population.

6 The text of the Act first draws attention to the fact that in the third year of the same king's reign it was enacted that no person within the City of London or within a seven-miles radius should practise as a physician and surgeon without first being "examined, approved and admitted" by the Bishop of London and others. Since then, the new Act tells us, "the Company and Fellowship of Surgeons of London, minding only their own Lucres, and nothing the Profit or Ease of the Diseased or Patient, have sued, troubled and vexed divers honest Persons, as well Men as Women, whom God hath endued with the knowledge of the Nature, Kind and Operation of certain Herbs, Roots and Waters, and the using and ministering of them to such as been pained with customable Diseases..". Further, "it is now well-known that the Surgeons admitted will do no Cure to any Person but where they shall know to be rewarded with a greater HERBAL MANUAL by Harold Ward - Page 4.

7 The Southwest School of Botanical Medicine Sum or Reward than the Cure extendeth unto ; for in case they would minister their cunning unto sore people unrewarded, there should not so many rot and perish to Death for Lack or Help of Surgery as daily do.". To this accusation of venality is added the charge of professional incompetence, "for although the most Part of the Persons of the said Craft of Surgeons have small cunning yet they will take great Sums of Money, and do little therefor, and by Reason thereof they do sometimes impair and hurt their Patients rather than do them good." With a view to remedying this somewhat scandalous state of affairs it is then decreed "by Authority of this present Parliament, That at all Time from henceforth it shall be lawful to every Person being the King's subject, having Knowledge and Experience of the Nature of Herbs, Roots and Waters, or of the Operation of the same, by Speculation or Practice, within any part of the Realm of England, or within any other the King's Dominions, to practice, use and minister in and to any outward Sore, Uncome Wound, Apostemations.

8 Any Herb or Herbs," etc.; "or drinks for the Stone, Strangury or Agues, without Suit, Vexation, Trouble, Penalty, or Loss of their Goods; the foresaid Statute in the foresaid Third Year of the King's most gracious Reign, or any other Act, Ordinance, or Statutes to the contrary heretofore made in anywise, notwithstanding.". The happenings and subsequent outcry which must have preceded the introduction of this Bill have tempted modern HERBAL enthusiasts to apply the tag about history repeating itself to conditions hedging the treatment of disease in our own times! However this may be, the unofficial healer of to-day has not yet obtained his Charter from the Tudor king's successors, although it may be argued that this would be unnecessary if proper recognition of King Henry's Act, still part of the present law of the land, could be enforced.

9 The first name to be associated with HERBAL practice and to be attached to writings on the subject is that of Nicholas Culpeper (1616-1654), the "father" of medical herbalism. This son of the Rev. Thomas Culpeper, , Rector of Oakley, Surrey, was by no means the untutored hind he is alleged to be by uninformed or biased critics. Although his system is regarded by the health philosopher of our day as "Culpeperism" rather than medical herbalism as we know it, the independently-minded Nicholas HERBAL MANUAL by Harold Ward - Page 5. The Southwest School of Botanical Medicine was probably the equal of his more orthodox contemporaries whether judged from the general cultural standpoint or by the results of his curative methods. A piquant position arose as long after Culpeper's death as the year 1802.

10 In this year a Dr. George Alexander Gordon, a Fellow of the Royal College of Physicians of Edinburgh, had published an edition of Culpeper's HERBAL or English Physician, in which he claimed a medical degree for its distinguished author ! That a fellow of Britain's foremost medical college should bestow such a dignity upon such a staunch medical libertarian is remarkable and even amusing. It is slyly hinted in some quarters that Edinburgh University, a comparatively progressive institution in the eighteenth century, conferred a posthumous degree upon Culpeper. Whether this theory is correct, or whether Gordon's strange fervour for Culpeper caused the doctor to foist such a "quack" upon his alma mater has never been satisfactorily settled. A preface addressed by Nicholas Culpeper to students of physic appears in the original edition of the HERBAL , published in 1652. 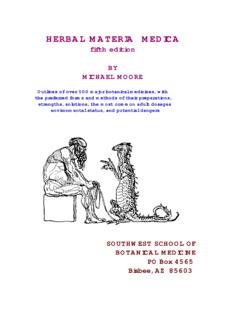 HERBAL MATERIA MEDICA fifth edition BY MICHAEL MOORE Outlines of over 500 major botanical medicines, with the preferred forms and methods of their preparations, 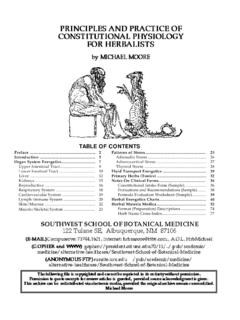 the same. He wasn't taking medications and he wasn't even drinking, since he found that it worsened the dermatitis. All the books and my personal experience 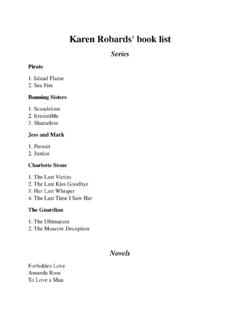 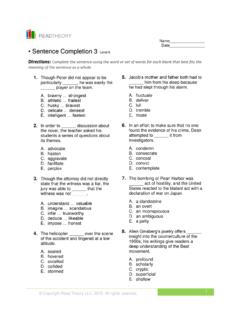 © Copyright Read Theory LLC, 2012. All rights reserved. 3 (A) is incorrect because soared means flew at a great height.This is the opposite of …

UGUST 2011 HINTS TO PASSENGERS AND TRADERS

CUSTOMS GUIDE PAGE 3 All goods in commercial quantities shall be subject to destination inspection unless exempted by the Ministry of Trade and Industries.

E. Consider a few examples of comparable sins and how our hearts defend Pharisaism. 1. Not giving financially what the Lord expects is the same as robbery (Mal 3:8). 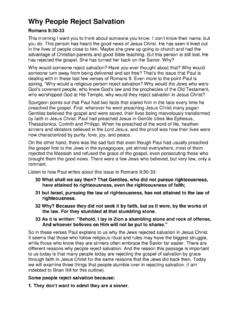 Why People Reject Salvation Romans 9:30-33 This morning I want you to think about someone you know. I don’t know their name, but you do. This person has heard the good news of Jesus Christ.