HYDROSTATIC PRESSURE TESTING . Plastic pipe is not designed to provide structural strength Even though no leaks are found during the initial inspection, beyond sustaining internal pressures up to its designed however, it is recommended that the PRESSURE be maintained HYDROSTATIC PRESSURE rating and normal soil loads. Anchors, for a reasonable length of time. Checking the gauge several valves, and other connections must be independently times during this period will reveal any slow developing supported to prevent added shearing and bending stresses on leaks. the pipe. LOCATE ALL LEAKS. RISERS Even though a leak has been found and the pipe or joint has The above piping design rule applies also where pipe is been repaired, the low- PRESSURE test should be continued brought out of the ground. Above-ground valves or other until there is a reasonable certainty that no other leaks are connections must be supported independently. If pipe is present. Locating and repairing leaks is very much more exposed to external damage, it should be protected with a difficult and expensive after the piping system has been separate, rigidly supported metal pipe sleeve at the danger buried.

1 HYDROSTATIC PRESSURE TESTING . Plastic pipe is not designed to provide structural strength Even though no leaks are found during the initial inspection, beyond sustaining internal pressures up to its designed however, it is recommended that the PRESSURE be maintained HYDROSTATIC PRESSURE rating and normal soil loads. Anchors, for a reasonable length of time. Checking the gauge several valves, and other connections must be independently times during this period will reveal any slow developing supported to prevent added shearing and bending stresses on leaks. the pipe. LOCATE ALL LEAKS. RISERS Even though a leak has been found and the pipe or joint has The above piping design rule applies also where pipe is been repaired, the low- PRESSURE test should be continued brought out of the ground. Above-ground valves or other until there is a reasonable certainty that no other leaks are connections must be supported independently. If pipe is present. Locating and repairing leaks is very much more exposed to external damage, it should be protected with a difficult and expensive after the piping system has been separate, rigidly supported metal pipe sleeve at the danger buried.

2 Joints should be exposed during TESTING . areas. Thermoplastic pipe should not be brought above HIGH- PRESSURE TESTING . ground where it is exposed to high temperatures. Elevated Following the successful completion of the low- PRESSURE temperatures can lower the pipes PRESSURE rating below test, the system should be high- PRESSURE tested for at least design levels. 12 hours. The run of pipe should be more heavily backfilled LOCATING BURIED PIPE to prevent movement of the line under PRESSURE . Since any The location of plastic pipelines should be accurately recorded leaks that may develop probably will occur at the fitting at the time of installation. Since pipe is a non-conductor, it joints, these should be left uncovered. does not respond to the electronic devices normally used to Solvent-cemented piping systems must be fully cured before locate metal pipelines. However, a copper or galvanized wire PRESSURE TESTING . For cure times, refer to the solvent cement- can be spiraled around, taped to, or laid alongside or just ing instruction tables on page 43.

3 Above the pipe during installation to permit the use of a locating device, or use marker tape. TEST PRESSURE . NOTE: For additional information see ASTM D-2774, Underground The test PRESSURE applied should not exceed: (a) the Installation of Thermoplastic PRESSURE Piping. designed maximum operating PRESSURE , (b) the designed PRESSURE rating of the pipe, (c) the designed PRESSURE rating TESTING THERMOPLASTIC PIPING SYSTEMS of any system component, whichever is lowest. We strongly recommend that all plastic piping systems be hydrostatically tested as described below before being put SAFETY PRECAUTIONS. into service. Water is normally used as the test medium. (1) Do not test with fluid velocities exceeding 5 since Note: Do not PRESSURE test with compressed air or gas! excessive water hammer could damage the system. (2) Do Severe damage or bodily injury can result. not allow any personnel not actually working on the high- The water is introduced through a pipe of 1-inch diameter or PRESSURE test in the area, in case of a pipe or joint rupture.

4 Smaller at the lowest point in the system. An air relief valve (3) Do not test with air or gas. should be provided at the highest point in the system to bleed TRANSITION FROM PLASTIC TO OTHER MATERIALS. off any air that is present. Transitions from plastic piping to metal piping may be made The piping system should gradually be brought up to the with flanges, threaded fittings, or unions. Flanged connec- desired PRESSURE rating using a PRESSURE bypass valve to tions are limited to 150 psi, and threaded connections are assure against over pressurization. The test PRESSURE should limited to 50% of the rated PRESSURE of the pipe. in no event exceed the rated operating PRESSURE of the lowest NOTE: When tying into a threaded metal piping system, it is recommended rated component in the system such as a 150-pound that a plastic male thread be joined to a metal female thread. Since the two materials have different coefficients of expansion, the male plastic fitting will flange. actually become tighter within the female metal fitting when expansion INITIAL LOW- PRESSURE TEST occurs.

5 The initial low- PRESSURE HYDROSTATIC test should be applied to the system after shallow back-filling which leaves joints exposed. Shallow back-filling eliminates expansion/. contraction problems. The test should last long enough to deter mine that there are no minute leaks anywhere in the system. PRESSURE GAUGE METHOD. Where time is not a critical factor, the reading of a regular PRESSURE gauge over a period of several hours will reveal any small leaks. If the gauge indicates leakage, that entire run of piping must then be visually inspected - paying special attention to the joints - to locate the source of the leak. VISUAL INSPECTION METHOD. After the line is pressurized, it can be visually inspected for leaks without waiting for the PRESSURE gauge to reveal DO NOT TEST WITH AIR OR COMPRESSED GAS. the presence or absence of a PRESSURE drop. 2002 Corr Tech, Inc 40. INSTALLATION OF THERMOPLASTIC PIPING SYSTEMS. HANDLING & STORAGE OF PLASTIC PIPE. PVC and CPVC are strong, lightweight materials, about Since the soundness of any joint depends on the one fifth the weight of steel or cast iron.

6 Piping made of condition of the pipe end, care should be taken in transit, this material is easily handled and, as a result, there is a handling and storage to avoid damage to these ends. tendency for them to be thrown about on the job site. Care should be taken in handling and storage to prevent The impact resistance and flexibility of PVC and damage to the pipe. especially CPVC pipe are reduced by lower temperature conditions. The impact strength for both types of piping PVC and CPVC pipe should be given adequate support materials will decrease as temperatures approach 32 F. at all times. It should not be stacked in large piles, (0 C) and below. Care should be taken when unloading especially in warm temperature conditions, as bottom pipe and handling pipe in cold weather. Dropping pipe from a may become distorted and joining will become difficult. truck or forklift will cause damage. Methods and techniques normally used in warm weather may not be For long-term storage, pipe racks should be used, acceptable at the lower temperature range.

7 Providing continuous support along the length. If this is not possible, timber supports of at least 3" bearing width, When loading pipe onto vehicles, care should be taken at spacings not greater than 3' centers, should be placed to avoid contact with any sharp corners ( angle irons, beneath the piping. If the stacks are rectangular, twice nail heads, etc.), as the pipe may be damaged. the spacing at the sides is required. Pipe should not be stored more than seven layers high in racks. If different While in transit, pipe should be well secured and classes of pipe are kept in the same rack, pipe with the supported over the entire length and should never project thickest walls should always be at the bottom. Sharp unsecured from the back of a trailer. corners on metal racks should be avoided. Pipe may be off-loaded from vehicles by rolling them For temporary storage in the field when racks are not gently down timbers, ensuring that they do not fall onto provided, care should be taken that the ground is level one another or onto a hard, uneven surface.

8 And free of sharp objects ( loose stones, etc.). Pipe should be stacked to reduce movement, but should not INSPECTION. exceed three to four layers high. Before installation, all lengths of pipe and fittings should be thoroughly inspected for cuts, scratches, The above recommendations are for a temperature of gouges, buckling, and any other imperfections which approximately 80 F. Stack heights should be reduced if may have been imparted to the pipe during shipping, higher temperatures are encountered, or if pipe is nested unloading, storing, and stringing. ( pipe stored inside pipe of a larger diameter). Reduction in height should be proportional to the total weight of the nested pipe, compared with the weight of pipe normally contained in such racks. 2002 Corr Tech, Inc 41. INSTALLATION OF THERMOPLASTIC PIPING SYSTEMS. JOINING TECHNIQUES. There are six recommended methods of joining thermoplastic BUTT FUSION. pipe and fittings, each with its own advantages and This technique us used to connect all sizes of Poly- limitations: propylene (Proline), PVDF (Super Proline) and large diameter Fuseal.

9 Butt fusion is an easy, efficient fusion SOLVENT CEMENTING method especially in larger diameters. The most widely used method in Schedule 40 PVC, Schedule 80 PVC and CPVC piping systems as described in ASTM D- SOCKET FUSION. 2855- 93. The of the pipe and the of the fitting are This technique is used to assemble PVDF and poly- primed, coated with special cement and joined together, as propylene pipe and fittings for high-temperature, described in detail below. Knowledge of the principles of corrosive-service applications. (See each material Design solvent cementing is essential to a good job. These are Data section for recommended joining technique.). discussed in the Solvent Welding Instructions Section. NOTE: The single most significant cause of improperly or FUSEAL HEAT FUSION. failed solvent cement joints is lack of solvent penetration or R & G Sloane's Fuseal is a patented method of elec- inadequate primer application. trically fusing pipe and fitting into a single homo-genous unit.

10 This advanced technique is used for GF Fuseal THREADING polypropylene and PVDF corrosive waste-handling Schedule 80 PVC, CPVC, PVDF, and PP can be threaded systems. with special pipe dyes for mating with Schedule 80 fittings provided with threaded connections. Since this method FUSEAL MECHANICAL JOINT. makes the piping system easy to disassemble, repair, and Mechanical Joint polypropylene drainage system is used test, it is often employed on temporary or take-down piping extensively for accessible smaller sized piping areas. The systems, as well as systems joining dissimilar materials. system, as the name implies, is a mechanical sealed joint However, threaded pipe must be derated by 50 percent from that consists of a seal-ring, grab-ring, and nut. It is quick solvent-cemented systems. (Threaded joints are not and easy to install and can be disconnected just as easily. recommended for PP PRESSURE applications.) You will find it most suitable for under sink and under counter piping. 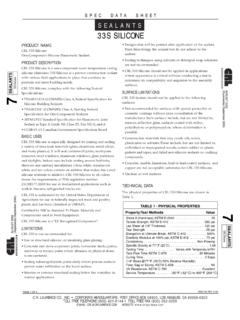 circumstances. The etch primer should only be used on small surfaces that are difficult to clean and prepare for painting and not for general surface pre-treatment. Welcome to the MOBILE PAINT MANUFACTURING …