Visual-Spatial and Auditory-Sequential Learners Identifying Visual-Spatial and Auditory-Sequential Learners: A validation Study Linda Kreger Silverman At the beginning of the 20th century, students sat in rows, and learned the same lessons in the same manner as their classmates. The only means of differentiation was pace of learning. In one-room schoolhouses, children were often allowed to progress to the next level when they had completed the current one. The concept of continuous progress was particularly beneficial for gifted students; it is recently being rediscovered. An educational innovation toward the end of the century was the recognition that students learn differently from each other. With this revelation came the introduction of personality types, learning styles, and multiple intelligences as means of adapting to the individual differences of the student body. As we enter a new millennium, differentiation has become enormously important in the delivery of services to all students.

1 Visual-Spatial and Auditory-Sequential Learners Identifying Visual-Spatial and Auditory-Sequential Learners: A validation Study Linda Kreger Silverman At the beginning of the 20th century, students sat in rows, and learned the same lessons in the same manner as their classmates. The only means of differentiation was pace of learning. In one-room schoolhouses, children were often allowed to progress to the next level when they had completed the current one. The concept of continuous progress was particularly beneficial for gifted students; it is recently being rediscovered. An educational innovation toward the end of the century was the recognition that students learn differently from each other. With this revelation came the introduction of personality types, learning styles, and multiple intelligences as means of adapting to the individual differences of the student body. As we enter a new millennium, differentiation has become enormously important in the delivery of services to all students.

2 Most K-12 educators have attended workshops in which they learned about their own preferred personality type or learning style, and the various types, styles and intelligences of their students. The educational work force as a whole is consciously attempting to adapt teaching methods to the individual differences of students. However, the diligent teacher may become overwhelmed by the complexity of the models that have been offered for individualizing instruction. One of the first of these instructional models evolved from the development of an instrument to assess dimensions of personality. The Myers-Briggs Type Indicator (MBTI). (Myers, 1962), developed by Katharine Cook Briggs and her daughter, Isabel Briggs Myers, was based on Jung's theory of personality types (Jung, 1938). The MBTI has been used extensively in studies of the gifted: students enrolled in gifted classes (Delbridge-Parker, 1988; Gallagher, 1990; Hoehn & Bireley, 1988); National Merit Finalists (Myers &.)

3 1. Visual-Spatial and Auditory-Sequential Learners McCaulley, 1985); students enrolled in ivy league colleges (Myers, 1962); and creative men and women (Helson, 1965; MacKinnon, 1962). The four sets of personality preferences assessed by the MBTI are introversion vs. extraversion; intuitive vs. sensing; feeling vs. thinking; and perceiving vs. judging, resulting in16 possible personality types. In 1983, Howard Gardner introduced seven kinds of intelligence, and the list has recently expanded to 9 (Gardner, 1999), with the addition of naturalistic and existential. Spiritual intelligence is also under consideration, but is currently subsumed under existential intelligence, as Gardner believes there is insufficient ground at present to grant it full status. The search for new intelligences continues. Gardner's (1983) Frames of Mind exerted a powerful impact on educational practice toward the end of the 20th century. The concept of multiple intelligences, however, is not new.

4 The late Calvin Taylor (1968), a prominent gifted educator, proposed a multiple talent approach that was a precursor to Gardner's paradigm, as was Guilford's (1967) theory of the structure of intellect. Both of these earlier models were embraced by gifted education, and served as a basis for Identifying and programming for gifted students in various locales. The father of creativity, J. P. Guilford, proposed the largest number of intelligences. Guilford's structure-of-intellect model consisted of five operations, four contents, and six products. Each of the 120 cells of Guilford's cube was thought to represent a different intelligence, and the number grew to 150, when he split figural content into auditory -figural and visual -figural. Several learning styles inventories have been developed, some by leaders in gifted education ( , Barbe, Swassing & Milone, 1979; Renzulli & Smith, 1978). Dunn and Dunn (1975), who authored the most popular learning styles inventory, proposed 4 environmental, 4.

5 Emotional, 6 sociological, 7 physical, and 3 psychological elements that need to be taken into 2. Visual-Spatial and Auditory-Sequential Learners account when deriving a student's learning style. While this painstaking analysis has been very helpful to many teachers, it is quite time-consuming, and generates at least 41, 472. different combinations of the 24 elements! All of this groundbreaking work has laid a solid foundation for understanding individual differences, but it has been a daunting task to remember all of the components of any of these frameworks, let alone adapt to all the possible combinations. The visual - spatial / Auditory-Sequential dichotomy is a much more accessible structure for educators. The model developed over the last 21 years from clinical observations and analysis of the psychometric patterns of 3,500 gifted children. Two basic learning styles are posited: Auditory-Sequential learners for whom school tends to be a positive experience and visual - spatial learners for whom school is often a negative experience.

7 The strongest modality for Auditory-Sequential learners is audition. auditory strengths are important for the development of linguistic competence. When children suffer severe hearing loss in early childhood, they often experience language delays and difficulty with auditory comprehension. They may understand the meaning of nouns, but be slow to develop syntax. Language involves both comprehending and producing sequences of words. Therefore, there is a connection between good listening skills and good sequencing ability. Coherent speech entails numerous motor sequences. One of the primary qualities of audition is timing. Children with good audition and auditory processing have a good sense of timing and of time. Auditory-Sequential learners excel in phonemic awareness, which facilitates the acquisition of reading skills, and they have well-developed auditory short-term memory (working memory). They remember what they hear, can follow complex sets of oral directions, and memorize easily even rote information, such as the multiplication tables.

8 They are generally able to express themselves well because of their verbal fluency. Verbal fluency is the ability to access words easily, efficiently, and quickly (Lohman, 1994), thus providing greater ease at public speaking and impromptu presentations. Fluency also enables them to be more verbally assertive, getting their ideas across in a group. This generally leads to a strong sense of self-efficacy in our highly verbal society. In an invited presentation for the 1993 Wallace Symposium entitled, Spatially Gifted, Verbally Inconvenienced, Lohman (1994) contended that lack of verbal fluency should not be construed as lack of verbal ability: 4. Visual-Spatial and Auditory-Sequential Learners The problem is erroneously labeled a discrepancy between verbal and spatial abilities, which it is not. The key is not verbal ability, but fluency in retrieving words, particularly on the basis of their sound patterns, or fluidity in assembling novel utterances. On the spatial side, it is the ability to generate and manipulate gestalten or whole patterns, usually of a fairly concrete sort, but in a fluid and flexible way.

9 (p. 252). Sequencing skills are essential for school success. The scope and sequence of the curriculum and traditional methods of teaching favor the sequential learner. auditory - sequential students are able to show their work easily because they took a series of steps that they can retrace. They tend to be orderly, well-organized, and to follow the sequence of events necessary for high academic performance. Visual-Spatial learners often struggle in the areas in which Auditory-Sequential learners succeed. They are visually, rather than auditorally oriented: they need to see a concept in order to understand it. They excel at spatial tasks, such as geometry, map reading, geography, mazes, chess, construction activities, knowledge of mechanics, and three-dimensional puzzles. Activities such as these are not fundamental to school success, although they may be essential for high levels of creative production in adult life (West, 1991). These children understand space better than time, and often lose track of time.

10 They are holistic, rather than detail-oriented. They focus on ideas and may miss formatting requirements, such as punctuation, capitalization, spelling, grammar, and syntax. It is easy for them to recognize patterns. They may be excellent at mathematical reasoning, but make careless mistakes in calculation. They are divergent rather than convergent thinkers, often generating unusual solutions to problems. They tend to be hypersensitive and intense vulnerable to teasing and to teachers' attitudes towards them. They often have marked disparities between their spatial strengths and sequential weaknesses. 5. Visual-Spatial and Auditory-Sequential Learners Differences between these two learning styles are elaborated in Table 1: Insert Table 1 here Gifted Visual-Spatial Learners The Visual-Spatial learner construct came about through the study of gifted children who excelled in Visual-Spatial items on psychometric assessments. Gifted Visual-Spatial learners demonstrate extraordinary abilities with Visual-Spatial tasks, imagistic thinking, complex systems, humor, empathy, music, artistic expression, or creative imagination. Teaching Mathematics to Non-Sequential Learners Linda Kreger Silverman, Ph.D. Gifted Development Center In our case files, we have dozens of students who 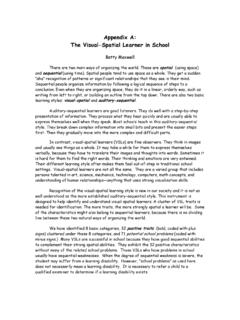 Appendix A: The Visual-Spatial Learner in School

Appendix A: The Visual-Spatial Learner in School Betty Maxwell There are two main ways of organizing the world. These are spatial (using space) and sequential (using time). Spatial people tend to use space as a whole. 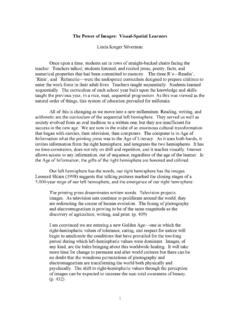 The Power of Images: Visual-Spatial Learners

The Power of Images: Visual-Spatial Learners Linda Kreger Silverman Once upon a time, students sat in rows of straight-backed chairs facing the 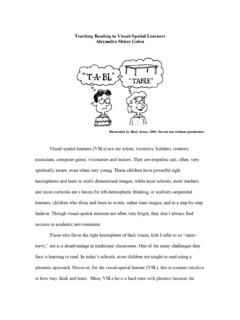 Teaching Reading to Visual-Spatial Learners Alexandra Shires Golon Illustrated by Buck Jones, 2002. Do not use without permission. Visual-spatial learners (VSLs) are our artists, inventors, builders, creators, possibly even with their shoes! I have actually had one of my children (who shall remain unnamed) arrive at our not-so-close-to-home destination and ask, “Where are my shoes?” Poor Handwriting: A Major Cause of …

Poor Handwriting: A Major Cause of Underachievement Linda Silverman, Ph.D. “Handwriting disastrous.” “His handwriting is unreadable.” “Her How to reach and teach the visual-spatial learner Taking Notes in Picture Form – A Powerful Strategy for ... 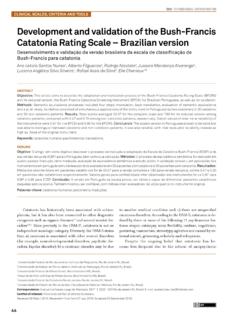 Development and validation of the Bush-Francis … Development and validation of an analytical … Development and Validation of In Vitro Release …

10 Dissolution Technologies | MAY 2003 Background Historically,it has been challenging to carry out bioavail-ability/bioequivalence studies for semisolid drug product 9 How to Survive an FDA Computer Validation Audit

How to Survive an FDA Computer Validation Audit The Myth Within the pharmaceutical, biotech, and medical device industry there is much fear and concern over approaching FDA audits. 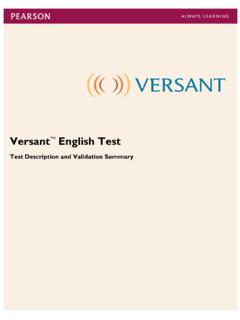 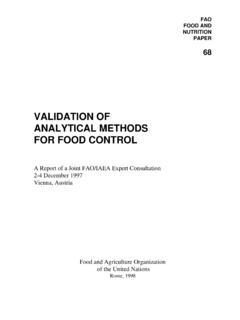 VALIDATION OF ANALYTICAL METHODS FOR … 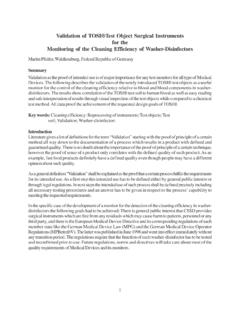 1 Validation of TOSI®Test Object Surgical Instruments for the Monitoring of the Cleaning Efficiency of Washer-Disinfectors Martin Pfeifer, Waldkraiburg, Federal Republic of Germany