IN THE HIGH COURT OF SOUTH AFRICA - SAFLII …

2 JUDGMENT. WILLIS J: [1] The defendants have taken exception to the plaintiff's replication on the basis that paragraphs 1 to 3 thereof do not disclose a reply to the defendants' plea. In the action, the plaintiffs seek an interdict and claim damages arising from for the first and second defendants' alleged importation and sale in SOUTH AFRICA of cylinder heads and cylinder barrels, whether separately or as part of general purpose petrol engines. The plaintiffs have alleged that these parts, if manufactured in this country, would have constituted an infringement of a copyright in four manufacturing drawings.

3 The defendants have denied that their parts are reproductions or adaptations of the drawings. In addition, the defendants have pleaded the statutory defence contemplated by section 15 (3A) of the Copyright Act, No. 98 of 1978, as amended ( the Copyright Act ). [2] This is the plaintiffs' replication: The Plaintiffs replicate to the Defendants plea as follows: 3. Ad paragraph 21. 1. The defendants plead that the First Plaintiff's copyright in its drawings has not been infringed, by virtue of section 15 (3A) of the Copyright Act, because the Defendants' parts (the cylinder head and the cylinder barrel) are three-dimensional reproductions of authorized reproductions of original drawings of the first plaintiff, whether such original drawings are the drawings in issue or other drawings.

4 2. The Plaintiffs plead that the defence of section 15 (3A) if the Copyright Act can only competently be raised in respect of the drawings in issue. Reproductions of drawings which are not in issue does not avail a defence in terms of Section 15(3A) of the Copyright Act. 3. In the circumstances, the plaintiffs plead that the defendants'. reliance on the reproduction of drawings other than the drawings in issue does not disclose a defence to their allegations sustaining the claim of infringement. 4. The Plaintiffs plead further that section 15 (3A) of the Copyright Act amounts to an arbitrary deprivation of property which is in conflict with section 25 of the Constitution of the Republic of SOUTH AFRICA Act 108/1996 ( the Constitution ).

6 3. Such further relief as the COURT deems fit;. 4. The relief sought in the Particulars of Claim. [3] In addition to their submissions that the exception is without merit, the plaintiffs complain that the exception has been taken out of time without any explanation or application for condonation. Rule 23(1) of the Uniform Rules of COURT provides that exceptions shall be delivered within the period for filing any subsequent pleading. Rule 25(5) provides that further pleadings, after the replication, may be delivered within ten days after the previous pleading delivered by the opposite party.

7 The replication was delivered on 6 April 2010. Any exception (or further pleading) thereto was therefore due on or before 20 April 2010. The exception was served on the plaintiffs on 24 June 2010. In terms of Rule 26, any party who fails to deliver a replication or subsequent pleading within the time stated in Rule 25 is ipso facto barred. No further pleading may be delivered unless the bar is 5. removed. In the absence of an agreement between the parties this may occur upon good cause shown to the COURT . The plaintiffs contend that neither situation obtains in the case of the exception.

8 Furthermore, they argue that, in terms of Rule 29(b), the pleadings closed on 21 April 2010. Relying on Stockdale Motors Ltd v Mostert,1. the plaintiffs submit that as exceptions are pleadings, they cannot be brought after the close of pleadings. Accordingly, the plaintiffs argue that the exception stands to be dismissed on the basis that the defendant have been out of time. [4] Section 15 (3A) of the Copyright Act provides as follows:- The copyright in an artistic work of which three-dimensional reproductions were made available, whether inside or outside the Republic, to the public by or with the consent of the copyright owner (hereinafter referred to as authorized reproductions)

9 , shall not be infringed if any person without the consent of the owner makes or makes available to the public three-dimensional reproductions or adaptations of the authorized reproductions, provided the authorized reproductions primarily have a utilitarian purpose and are made by an industrial process. [5] During the course of argument, a fair amount of time was spent in consideration of the case of Dexion Europe Ltd v Universal Storage Systems (Pty) Ltd2 in attempts to persuade me of its implications in the present case. 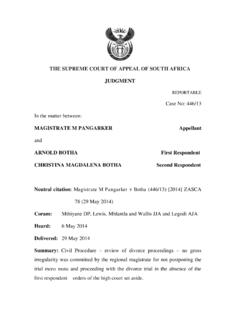 4 represented by Werksmans Attorneys, whilst Mr Botha was represented by different attorneys. The divorce proceedings came before the magistrate and the 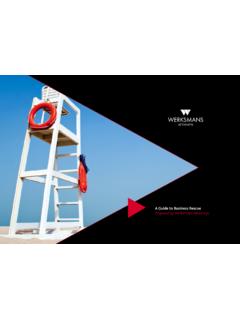 A Guide to Business Rescue Prepared by …

A Guide to Business Rescue Prepared by Werksmans Attorneys The long anticipated new Companies Act No. 71 of 2008 (“the Act”) was promulgated in … 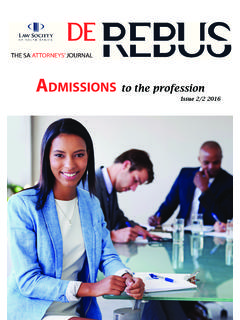 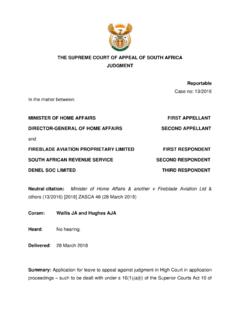 THE SUPREME COURT OF APPEAL OF SOUTH AFRICA JUDGMENT Reportable Case no: 13/2016 In the matter between: MINISTER OF HOME AFFAIRS FIRST APPELLANT

A REVIEW OF THE KING IV REPORT ON CORPORATE …

A draft of the fourth edition of the King Reports on Corporate Governance, namely the King IV Code, was published by the Institute of Directors in Southern Africa NPC (IoDSA)