2 The Second edition was published in 1968, embodying corrections up to 1-4- 1968. 2. The RAILWAY Board decided to revise all the RAILWAY Codes and manuals with a view to symplifying them and bringing them up-to-date. The revision of the INDIAN RAILWAY ESTABLISHMENT MANUAL was accordingly undertaken. While approving the format for the revised MANUAL , the Board decided that the subject matters finding a place in other codes and publications may not be included in this book to avoid duplication. As such, Chapter Nos. X, XIII, XIV, XIX, XX, XXI, XXVIII, XXXI to XXXV, HOER and all Appendices except Appendices I to IV have been kept out of the scope of this Book. 3. In this revised edition of, the MANUAL , chapters of the 1968 edition have been rearranged after incorporating the present day position.

3 The provisions and chapters included in this edition supersede those on the subjects contained in the 1968. edition to the extent these have been revised and incorporated in this Volume. For Labour Laws, the rules contained in the original Acts, as amended from time to time, will hold good and may be used for reference. It must be noted that provisions of this MANUAL do not supersede the rules contained in any of the INDIAN RAILWAY Codes, and in case of conflict the latter should prevail. 4. This edition is published in two volumes in diglot form as per Government of India's Policy. Volume I contains Chapters I to XVI and Appendices I to IV and Volume II .Chapters from XVII to XXVI. 5. Corrections to this MANUAL , when published will be serially numbered. The corrections will be printed on one side in Hindi and English, both in loose leaves, so that these may be pasted at the relevant places.

4 6. It is requested that any error or omission or any suggestion for inclusion of any matter in this MANUAL or for the improvement or amendment of any provision contained therein, may be addressed the Secretary,, RAILWAY Board, through proper channel. A. N. Shukla Dt. 5-5-1990 Secretary/ RAILWAY Board. Table of Chapters and Appendices Chapter Subject 1 Recruitment, training, confirmation and re-employment 2 Rules governing promotion of Subordinate Staff 3 Rules regulating seniority of non-gazetted RAILWAY servants 4 Scales of Pay applicable to Principal categories of non-gazetted staff 5 Percentage of Posts fixed for various categories 6 Pay, increments and efficiency bars 7 Compensatory & other allowances 8 Dearness allowance 9 Running allowance rules 10 Arrears claims and recoveries of overpayments 11 Advances 12 Change in name 13 Absorption of medically incapacitated staff in alternative employment 14 Forwarding of applications from serving RAILWAY employees for posts outside railways 15 Terms and conditions applicable to RAILWAY servants & substitutes in Temporary services 16 Holidays & Special Casual leave Appendices.

5 1 Training of INDIAN RAILWAY Accounts Service Probationers .. Qualifying examination for promotion above Accounts Clerks of the Accounts Department upto and including 2. the rank of Accounts Assistants Qualifying examination for promotion to the rank of Section Officer (A/Cs), Inspectors of Station Accounts &. 3. Inspectors' of Stores Accounts 4 Promotion to and confirmation in the rank of Stock verifiers Contents CHAPTER - I. Recruitment, Training, Confirmation and re-employment Section - A. Training of Officers Part I Probationers General--101,Monitoring/Co-ordination of probationary training--102, Schedule of Probationary Training-103. Maintenance of diary etc. by probationers--104, Confirmation after probationary training--105, Determination of seniority of Group (A) probationers of different services in junior scales after their confirmation-106, Departmental Examination-107, Number of chances for passing institutional or Departmental examination-108, Minimum percentage of pass marks in the examination prescribed after completion of institutional extension of probationary period-109, Extension of probationery period-l 10.

10 SECTION C. Employment of Tuberculosis, Pleurisy and Leprosy patients in the INDIAN RAILWAY SECTION 'D'. Verification of Character and Antecedents before appointment and exclusion from Govt. Service. SECTION 'F'. SECTION 'G'. Extension of service/re-employment of RAILWAY servants Extension of , Staff of Ex. Company and Ex. INDIAN State railways --104, Authorities empowered to grant extension beyond the age of superannuation .--105, Terms of extension of service -- 106-110, Terms of , Fixation of Pay re-employed , Delegation of 118, Privilege Passes and Ticket , Notice of termination .--120, Re-employment of Central Govt. servants/State Govt. servants/Quasi Govt. servants of , R;-employment of RAILWAY servants elsewhere than on CHAPTER--II. SECTION--'A'. Rules governing promotion of subordinate staff Promotion of Group 'B' posts to , Currency of , Consideration of employees on deputation. 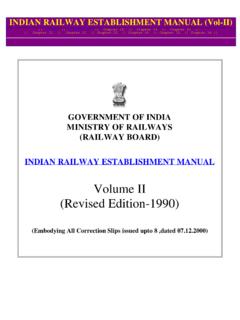 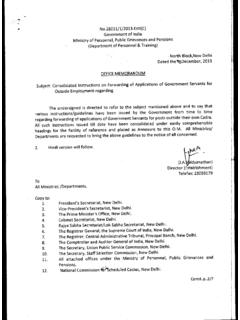 To Change the colour of the Background Click on …

To Change the colour of the Background Click on the Button Below. MASTER CIRCULAR Master Circular No. 67 Important points to be kept in view by the Disciplinary/ Appellate/ 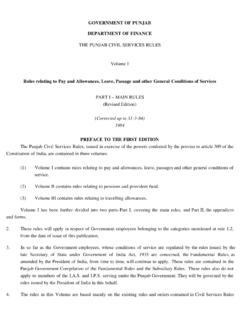 (Punjab), Volume I, Part I-Main Rules (First Edition) –1941, modified in the background of the changes resulting from the partition of the Punjab and Constitutional requirements. 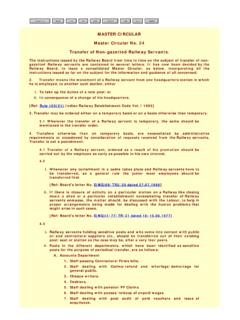 To Change the colour of the Background Click on the Button Below. MASTER CIRCULAR Master Circular No. 24 Transfer of Non-gazetted Railway Servants. 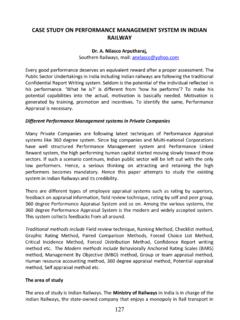 Case Study On Performance Management System In Indian Railway 128 India. The Railway Board which is the apex body of the Indian Railways reports to this ministry. Every day nearly 1.3 crores people are travelling by Indian Railways. 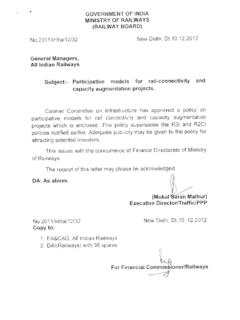 POLICY FOR PARTICIPATIVE MODELS IN RAIL-CONNECTIVITY AND CAPACITY AUGMENTATION PROJECTS 1 General Indian Railways are operating in the core sector of the economy. 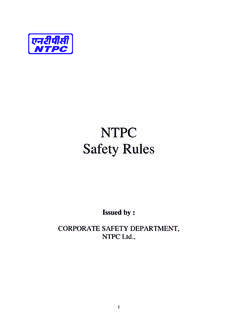 7 11. Hazardous Process: comprises roof work, steel erection, and work under and over water, demolition and work in confined space; 12. National Standard: means standards as approved by the Bureau of Indian