Intercultural Communication | CommGAP | 2 you are being perceived by that other person. But sometimes your avowed identity—the groups with which you really feel a sense of comfort and affiliation—diverges from that ascribed identity.

2 To the degree that interactants are drawing more on personal or idiosyncratic values, personality traits, and experiences, the interaction can be characterized as more interpersonal than InterCultural . When individu- als from different cultural backgrounds become more intimate, their interactions typically move along the continuum from more InterCultural to more interpersonal, though InterCultural elements may always play a role. For casual or business CommunICatIon , sensitivity to InterCultural factors is key to success. CommunICatIon and Group Identity Traditional theories of group identity recognize two types of group identity:6. 1. Ascribed identity is the set of demographic and role descriptions that others in an interaction assume to hold true for you. Ascribed identity is often a function of one's physical appearance, ethnic connotations of one's name, or other stereotypical associations.

3 2. Avowed identity is comprised of the group affiliations that one feels most intensely. For example, if an individual is assimilated into a new culture, then the values and practices of that destination culture will figure importantly in her avowed culture. A related concept is reference group. A refer- ence group is a social entity from which one draws one's avowed identity. It is a group in which one feels competent and at ease. Ascribed and avowed identity are important for understanding InterCultural CommunICatIon , because a person from another culture usually communicates with you based on your ascribed identity; that is how 1 Ting-Toomey, S. (1999). Communicating across cultures. New York: The Guilford Press. 2 Gudykunst, W. B. (2003). InterCultural CommunICatIon : Introduction. In Gudykunst (Ed.), Cross-cultural and InterCultural CommunICatIon , 163 166.

5 Or related ideas. According to this perspective, your cultural group membership is not a static label or fixed attribute. Rather, cultural identities are enacted or performed through interaction. One enacts iden- tity through choice of language, nonverbal signs such as gesture and clothing, and discourse strategy. Depending on the situation and on your goals, you may enact identity in very different ways on different occasions. Cultural identity performances can vary along three dimensions:8. 1. Scope of Identity Performance How many aspects of one's behavior express cultural identity? For example, one may choose to eat a few ethnic-related foods, but reject ethnic dress. Or one may allude to national myths or sagas in speaking just with co-nationals, or may tell such stories at diverse occasions among diverse listeners. 2. Intensity of Identity Performance How powerfully does one enact one's identity?

6 One may note in passing one's national origin, or one may make a point of proclaiming the centrality of national origin at every opportunity. 3. Salience of Identity Performance How obvious are the cultural elements of identity in one's daily routines? Ethnic dress, insistence on using one's first language over the host national lan- guage, or reliance solely on ethnic mass media are all ways in which one asserts identity. InterCultural CommunICatIon Competence and Ethnocentrism What does it mean to be a competent communicator across cultures, and what are the elements or com- ponents of that competence? Some authorities link InterCultural competence with identity; the competent communicator is the person who can affirm others' avowed Other notions of InterCultural com- petence focus on the communicator's goal attainment; the competent communicator is the person who can convey a sense of CommunICatIon appropriateness and effectiveness in diverse cultural Certainly proficiency in the host culture language is valuable for InterCultural competence.

7 But it is not enough to know the grammar and vocabulary of that language; the competent communicator will also understand language pragmatics like how to use politeness strategies in making requests or how to avoid giving out too much Equally important, competent communicators are sensitive to nonverbal CommunICatIon patterns in other In addition to avoiding insults and gaffes by using gestures that may mean very different things in a host culture as opposed to one's home culture, competent communicators understand how to use (or avoid) touch, proximity in physical space, and para- linguistic sounds to convey their intended meanings. 7 Hecht, M. L., Warren, J. R., Jung, E. & Krieger, J. L. (2005). The CommunICatIon theory of identity: Development, theoretical perspec- tive, and future directions. In Gudykunst (Ed.), Theorizing about InterCultural CommunICatIon , 257 278.

9 InterCultural CommunICatIon | CommGAP | 2. Traits that make for competent InterCultural communicators include flexibility and the ability to tolerate high levels of uncertainty,13 reflectiveness or mindfulness,14 open-mindedness, sensitivity, adaptability, and the ability to engage in divergent and systems-level The foundation of InterCultural CommunICatIon competence is the capacity to avoid ethnocentrism. Ethnocentrism is the inclination to view one's own group as natural and correct, and all others as aber- rant. We tend to think prescriptively, that all groups should behave as our own group behaves. And we are naturally proud of our own group and distrustful of Obviously a person who is highly ethnocen- tric cannot adapt to diverse people, and cannot communicate in an interculturally competent manner. Some authorities hold that some degree of ethnocentrism is inevitable, and even functional for the pres- ervation of distinct cultural groups.

Phenomenological Pedagogy and the Question of … 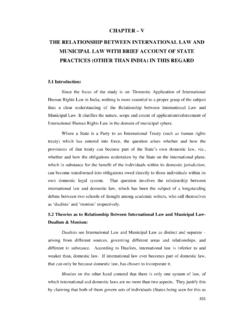 CHAPTER – V THE RELATIONSHIP BETWEEN … 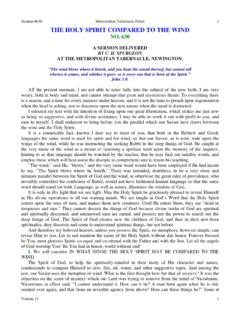 The Holy Spirit Compared to the Wind Sermon # 630 Volume 11 2 2 once directed his attention to the wind, which is none the less real and operative because of its

Holy, Spirit, Compared, The holy spirit compared to the

Phenomenological Pedagogy and the Question, Discourse, THE RELATIONSHIP BETWEEN, The relationship between international law and, The Holy Spirit Compared to the