2 Although the emphasis is on sales and use taxes, the information provided in this publication generally applies to other tax programs administered by us, such as hazardous waste fees , fuel taxes, and cigarette and alcoholic beverage taxes. However, there may be minor differences. If you have questions about these other programs, please contact our Customer Service Center. We welcome your suggestions for improving this or any other publication. Please send your suggestions to: Audit and Information Section, MIC:44. California State Board of Equalization PO Box 942879. Sacramento, CA 94279-0044. To contact your Board Member, see Please note: This publication summarizes the law and applicable regulations in effect when the publication was writ- ten, as noted on the cover.

3 However, changes in the law or in regulations may have occurred since that time. If there is a conflict between the text in this publication and the law, the decision will be based on the law and not on this publication. CONTENTS. Section Page Overview 1. When Do interest , Penalty, and CRF Charges Apply? 3. Relief from interest , penalties , and CRF 10. interest Paid on Refunds and Credits 13. For More Information 14. OVERVIEW. Situations that can result in interest and penalty charges The reasons for interest and penalty charges vary. For example, you may be assessed penalty and interest charges if you: File a late return and/or make a late payment Do not include a payment or sufficient payment with your balance-due return Do not report tax on a taxable transaction Calculate tax at the incorrect rate Do not file a return Operate a business without the required BOE-issued permits or licenses Misuse a resale certificate or make sales without a valid permit Knowingly collect sales tax reimbursement or use tax (tax) and fail to pay the tax to us These and other examples are discussed in more detail on the following pages.

4 Collection Cost Recovery Fee The BOE is required by law to impose a collection cost recovery fee (CRF) on past due liabilities. The CRF is intended to cover costs incurred in obtaining payment of past due amounts and it applies to most tax and fee programs administered by us. You may be assessed a CRF if you: Do not pay your amount due in full within 90 days after the demand notice is issued Do not timely enter into a payment plan and successfully complete the terms of the agreement How interest , penalty, and CRF charges are applied interest . The rate of interest applied to underpayments of taxes differs from the rate of interest paid on overpay- ments of taxes. The interest rate based on the rate charged by the Internal Revenue Service plus 3 percent applies to unpaid or underpaid taxes.

7 1 interest , penalties , and fees | NOVEMBER 2015. penalties . As explained on the following pages, the percentage amount depends on the type of penalty and whether more than one penalty applies. Collection Cost Recovery Fee. The CRF applies to each final billing greater than $250 that remains unpaid more than 90 days following the issuance of a demand notice. An amount due does not need to include tax for the CRF. to be assessed; the CRF will apply even if only interest and/or penalty amounts remain due. If multiple liabilities exist for a specific reporting period, a separate CRF will be assessed for each amount due. However, a billing cover- ing multiple reporting periods, such as an audit, will only be subject to one CRF. interest , penalty, and additional CRF charges do not accrue on a CRF.

8 CRF rates are re-calculated and adjusted periodically to ensure the total CFRs assessed are equal to the collection costs incurred by us. Revised CRF rates will become effective on January 1 and will apply only to billing periods not previously assessed a CRF. For current fee amounts, please check our website at The CRF will not be assessed if you either pay your amount due in full or timely enter into a payment plan. You must successfully complete the terms of the IPA to avoid the CRF. If the IPA is terminated or cancelled, a CRF will be assessed based on the remaining balance of each amount due period that is more than 90 days past due and which has a balance greater than $250. 2 interest , penalties , and fees | NOVEMBER 2015. WHEN DO interest , PENALTY, AND CRF CHARGES APPLY?

9 Collection Cost Recovery Fee on past due amounts The CRF applies to each final billing greater than $250 that remains unpaid more than 90 days after the date a demand notice is issued. The CRF may only be imposed if we have mailed a demand notice to that person requir- ing payment and advising the person that continued failure to pay the amount due may result in collection action, including imposition of a CRF. Late tax return filings and late payments Please note: The following information does not apply to late prepayments. Penalty charges. You are subject to: A 10 percent penalty if you do not file your tax return by its due date A 10 percent penalty if your tax payment is late If you file a late return and make a late payment, your penalty will not exceed 10 percent of the amount of tax due for the reporting period Example: You have a tax amount due of $1,000 for the reporting period and file a late return and make a late tax payment.

10 As noted above, a 10 percent penalty applies to each infraction. However, in this example, the total penalty amount due is limited to $100 (10 percent of your total tax amount due). interest charges. If your payment is late, you will owe interest charges in addition to penalty charges. interest is due for each month or fraction of a month the tax payment is overdue. If you file your return late, we will automatically calculate your interest and penalty charges. If you are filing a late paper return with a late payment, you can determine and report the amount of interest due by using the interest rate shown at the bottom of your sales and use tax return (it will show a monthly rate that is based on the annual rate). If you file a late return and do not report the interest due, we will determine the amount and send you a bill.

Filing Instructions for Sales and Use Tax Accounts …

boe-367-sut (front) rev. 4 (4-15) state of california. board of equalization. filing instructions for sales and use tax accounts on a quarterly and prepayment filing basis PREFACE This publication is designed to help motor vehicle dealers understand California’s Sales and Use Tax Law as it applies to the sale, lease, or use of a vehicle. 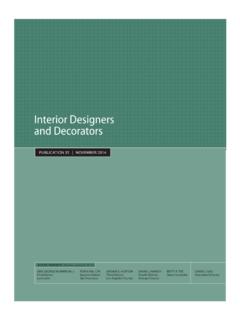 INTERIOR DESIGNERS AND DECORATORS NOVEMBER 20. 14 . PREFACE . This publication is intended as a general guide to the Sales …

Vehicles and Vessels: Use Tax

INTRODUCTION. Overview. This publication provides examples of vehicle and vessel transfers that are not subject to California use tax. You will also find instructions on how to apply for a “use tax clearance” issued by the BOE.

California, Use tax, California use tax 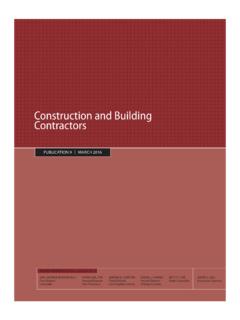 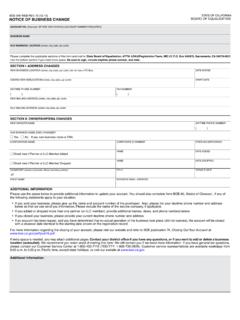 • If you added or dropped more than one partner (or LLC member), provide additional names, dates, and phone numbers below. • If you closed your business, please provide your current daytime phone number and address. 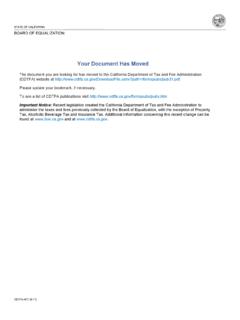 BOARD MEMBERS - State of California

PREFACE. This publication is designed for owners, managers, and other operators of grocery stores and provides basic information on the application of the California Sales and Use Tax Law to grocery store sales and purchases. 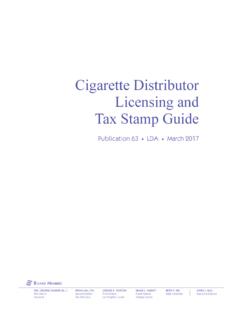 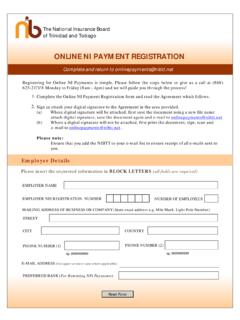 Penalty and Interest Charges The Online NI Payment Service is offered in keeping with the provisions of the Act. You agree that the use of this service shall be in conformity with same and the non-remittance of contribution payments 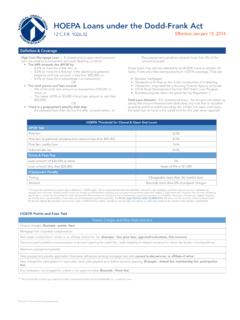 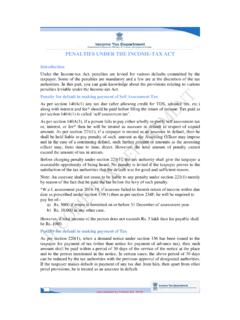 PENALTIES UNDER THE INCOME-TAX ACT

[As amended by Finance Act, 2018] PENALTIES UNDER THE INCOME-TAX ACT Introduction Under the Income-tax Act, penalties are levied for various defaults committed by the

Income, Under, Penalties, Penalties under the income tax 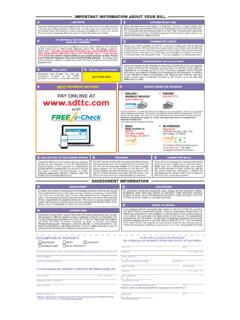 31 BEST PAYMENT METHOD 32 OTHER FORMS OF PAYMENT Credit Card Fee: A credit card fee will be added to your tax payment based on the amount of the payment processed. These fees are charged by the credit card processor, NOT the County of San Diego. The fees will be disclosed prior to any transaction being processed. 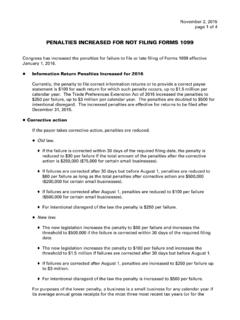 PENALTIES INCREASED FOR NOT FILING FORMS …

November 2, 2015 page 1 of 4 PENALTIES INCREASED FOR NOT FILING FORMS 1099 Congress has increased the penalties for failure to file or late … 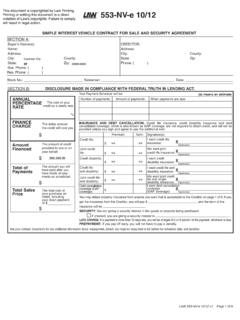