Introduction to roadbase products and testing

Technical Note 76. Introduction to roadbase products and testing Background to AS 2758. Australian Standards are prepared by committees of It is noted that the Australian Standard series AS 2758, industry representatives who contribute their expert Aggregates and rock for engineering purposes, does not have a knowledge to ensure the information contained in a section for roadbase . Part 3 of the Standard series was originally Standard reflects the best technical, scientific and allocated for the roadbase specification but due to the wide system knowledge available.

plasticity (plastic fines) may also be incorporated to assist in the binding nature of the sub-base material required during placement. This is dependent on the pavement design as inundation from a rising water table is always possible and some designs use permeable sub-bases to control this rising water deep within the pavement.

1 Technical Note 76. Introduction to roadbase products and testing Background to AS 2758. Australian Standards are prepared by committees of It is noted that the Australian Standard series AS 2758, industry representatives who contribute their expert Aggregates and rock for engineering purposes, does not have a knowledge to ensure the information contained in a section for roadbase . Part 3 of the Standard series was originally Standard reflects the best technical, scientific and allocated for the roadbase specification but due to the wide system knowledge available.

2 Range of requirements specified state by state, the committee at the time, was of the opinion that it would be in the best In the case of AS 2758, Aggregates and rock for engineering interests of the state specifying bodies not to have an Australian purposes, a set of Standards has been developed to ensure Standard for these materials. Therefore, part 3 has not been uniform material compliance is identified and specified, thus developed to date. minimising the risk of a failure in a project. AS 2758 comprises seven individual standards, viz: This document, roadbase is prepared by Cement Concrete and Aggregates Australia to give the reader background AS Part 0 Definitions and classification knowledge of some of the more general requirements used when supplying roadbase to a particular project.

3 The AS Part 1 Concrete aggregates requirements will greatly depend on information contained in the AS Part 2 Aggregate for sprayed bituminous supply contract or the works specification. surfacing Aggregate produced from rock, gravel, metallurgical slag, AS Part 4 A. ggregate for gabion baskets recycled materials or suitable synthetic materials may be used and wire mattresses provided the particular criteria set out for the aggregate is met. AS Part 5 Coarse asphalt aggregates AS Part 6 Guidelines for the specification of armourstone AS Part 7 Railway ballast 1 Introduction to roadbase products and testing roadbase is a well graded material, consisting of various sized They are usually located directly beneath a surface wearing particles containing coarse and fine aggregate, that when mixed course of asphalt or sprayed bituminous seal and due to the and placed correctly enable compaction of the material into higher loading.

4 Aggregate interlock within the roadbase is key a layer that resists distortion due to weather cycles of wetting to the load distribution into the underlying layers or subgrade. and drying as well as deformation due to vehicular mass and Later in this document the roadbase properties of grading and movement. shape will be discussed and their important relationship with roadbase interlock. It should be noted that various state specifications for roadbase products set out the required criteria as known at the time of As pavement systems primarily fail due to repetitious fatigue publishing and each of these documents should not be read as loading, the damage done to pavement increases with the stand-alone unless noted as the only material specification in a increase of axle load of the vehicles travelling on it.

5 Accordingly, given works specification. heavily loaded trucks can do more than 10,000 times the damage done by a normal passenger car. Passenger cars are In some circumstances, the full range of testing shown in the considered to have no practical effect on a pavement's service specification is not required to control the ongoing supply of life, from a fatigue perspective. roadbase to a particular project. Separate inspection and test plans may need to be established for that purpose. Other failure modes include aging and surface abrasion.

6 As years go by, the binder in a bituminous wearing course Due to the significant number of various state and territory test gets stiffer and less flexible. When it gets old enough, the methods available and specification of specific test methods for surface will start losing aggregates, and as a result the surface use in some cases, this document refers generally to equivalent macro-texture depth increases dramatically. If no maintenance Australian Standard test methods where possible. In most action is done quickly on the wearing course potholing will take circumstances, the road authority method for testing is similar place.

7 If the road is still structurally sound, pot hole repairs or a if not the same as the Australian Standard procedure. bituminous surface treatment, such as re-sheeting can prolong the life of the road at low cost. The science of accurate and reliable pavement design involves a thorough understanding of the properties of roadbase roadbase applications materials and their interactions and as such some road authorities over the years have developed their own rules for pavement construction, while others use design criteria Due to the wide range of materials that fit into the definition of developed by Austroads, (the association of Australian and New roadbase , across Australia.)

8 This document has not been written Zealand road transport and traffic authorities). Design by either to cover the supply of all types of roadbase available. Instead it method incorporates the use of a series of different materials of provides the reader with a brief description of how a pavement differing property, with one overlaying the previous until the final is constructed, some detail of the way in which roadbase upper layer under the pavement wearing surface is established. materials are used and the relevant tests commonly specified to provide confidence of material suitability for the intended application.

9 Wearing Course roadbase products , as the name suggests, are often used Bitumous sprayed seal, asphalt or concrete in the construction of road pavements; which are made up of several layers of material of varying property. Roadbases are Correction Course generally classified into two main supply categories , as a Normally asphalt layer to adjust level to meet final wearing course surface sub-base' material and as a base material; which when placed at the correct moisture content and compactive effort, Base Course form rigid layers able to distribute traffic loading from the If roadbase is used - Better quality material - Higher pavement loads in general pavement surface to the ground beneath.

10 Sub-base material layers tend to be placed deeper within a pavement where Sub-Base Course loading is less, and as such the quality of the materials within If roadbase used - Lesser quality material - Lower pavement loads in general sub-bases may not need to be premium. Significant fines and plasticity (plastic fines) may also be incorporated to assist in Selected Subgrade the binding nature of the sub-base material required during Optional layer added to bridge soft areas within a mixed subgrade region and assist with load distribution placement.

Unplanned construction joints These are joints that are forced upon the concrete-placing crew because of an interruption in supply of a duration long enough for the concrete to take its initial set.

DEFINITION The word ‘joint’ is used in building parlance to cover elements which have to perform quite different functions, eg beam-column joints and isolation 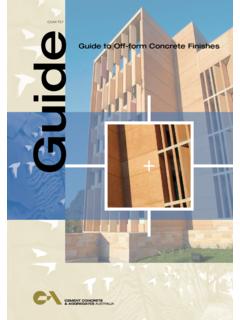 4 Guide to off-form ConCrete finishes 2.3 INSITU v PRECAST While the more-appropriate approach will vary from project to project, precast has some advantages over insitu work in terms of the range and quality 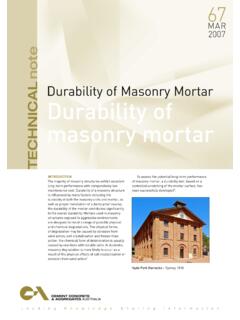 Durability of Masonry Mortar Page 3 Typical cement:lime:sand mortar compositions were chosen with one exception of an M3 mix of cement and sand without lime.

Concrete is the most commonly used construction material for loadbearing and non-loadbearing elements. its ability to be shaped and reflect the 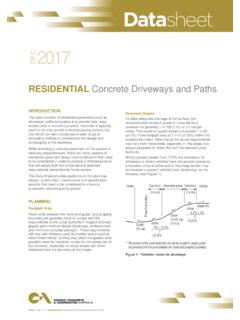 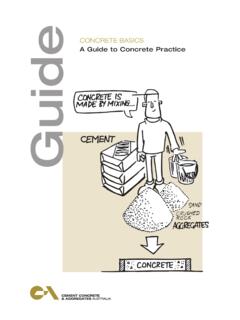 Concrete Basics provides a clear, concise explanation of all aspects of making quality concrete; from the Materials and Properties involved through Planning, Preparation, Finishing and Curing. Concrete Basics addresses the needs of unskilled and semi-skilled persons undertaking general concreting projects including home and handyman projects.

Page of 7 > curing of ncreteco n Curing by preventing excessive loss of moisture from the concrete: either by > leaving formwork in place > 20covering the concrete with an impermeable membrane after the formwork has been removed > by the application of a suitable chemical curing agent (wax etc) > or by a combination of such methods n Curing by continuously … 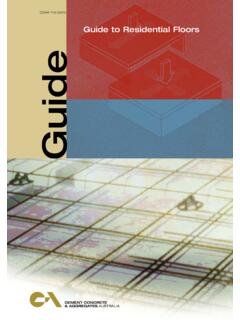 floors suitable for residential buildings ranging from single, detached houses to medium density buildings of apartments and flats. For slab-on-ground floors it provides an understanding of the footing/slab selection, design, detailing and construction requirements contained in AS 2870 and the Housing Provisions of the BCA. The requirements of 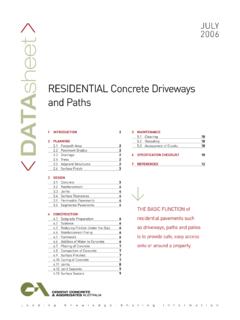 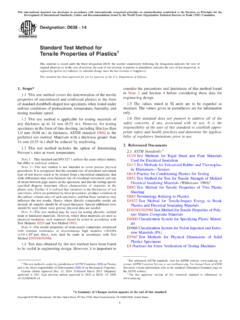 testing machine speed. 1.2 This test method is applicable for testing materials of any thickness up to 14 mm (0.55 in.). However, for testing specimens in the form of thin sheeting, including ﬁlm less than 1.0 mm (0.04 in.) in thickness, ASTM standard D882 is the preferred test method. Materials with a thickness greater than