5 appalachia is home to more than 25. million people. 4 2016 2020 ARC strategic plan The Appalachian Regional Commission The Appalachian Regional Commission (ARC) is a regional economic development agency representing a unique partnership of federal, state, and local government. Established by an act of Congress in 1965, the draw up annual state Appalachian strategies and Commission is composed of the governors of the select projects for approval by the federal co-chair. 13 Appalachian states and a federal co-chair, who ARC has made investments in such essentials of is appointed by the president. Local participation is comprehensive economic development as a safe provided through multi-county local development and efficient highway system; education, job-train- districts with support from community, business, ing, and health care programs; water and sewer and civic leaders.

6 Each year Congress appropri- systems; and entrepreneurial and capital ates funds for Commission programs, which ARC market development. allocates among its member states. The governors 2016 2020 ARC strategic plan 5. 6 2016 2020 ARC strategic plan appalachia is a Region of Great Opportunity. For 50 years, the Appalachian Regional Commission (ARC) has invested in the efforts of its local, regional, and state partners to transform Appalachian communities and advance its mission of helping the Region achieve socioeconomic parity with the nation. These efforts have laid a foundation on which average) has decreased from 295 in 1960. to build in pursuing current opportunities and in to 90 today. creating and strengthening the building blocks of Between 1970 and 2012, in counties that received Future opportunities. Since 1965, ARC has made ARC investments, employment increased at a nearly 25,000 targeted investments and invested percent faster pace, and per capita income more than $ billion in the Region.

7 These increased at a percent faster pace, than in investments were matched by $9 billion in other similar counties that did not receive federal, state, and local funding sources. Since 1978, ARC investments. when ARC began tracking leveraging data, every The percentage of adults in the Region with a dollar invested by ARC has leveraged an average of high school diploma has increased by more than $ from the private sector. 150 percent, and students in appalachia now graduate from high school at nearly the same rate The record of progress in the Region over the past as the national average. few decades includes these accomplishments: The percentage of homes in appalachia with complete plumbing has increased from The Region's poverty rate has decreased from percent in 1970 to percent today, in line with nearly 31 percent in 1960 to 17 percent today; and the national rate of percent.

8 The number of high-poverty counties (those with The infant mortality rate in the Region has been poverty rates one and a half times the national reduced by two-thirds since 1960. 2016 2020 ARC strategic plan 7. A R C' S V I S I O N. appalachia is a region of great opportunity that will achieve socioeconomic parity with the nation. 8 2016 2020 ARC strategic plan ARC investments can address the challenges associated with economic transition. Despite progress, continued investment is needed. More investment to improve health The Appalachian Region's economy has historically status. The health status of the Region's been dominated by a few industries, including residents continues to decline: the mortality mining, textiles, tobacco, and timber. Dependence rate in appalachia is 27 percent higher than on these industries as economic drivers and the national average, and the Region has employers has left many communities, particularly disproportionately higher rates of cancer, those in the most economically distressed diabetes, substance abuse, and obesity.)

9 Counties, vulnerable to economic fluctuations as their businesses face increasing competition, More investment in areas of persistent specialization, and market changes. and severe economic distress. Nearly a fourth of appalachia 's 420 counties still face high This includes the need for: poverty rates, low per capita market income, and high unemployment rates. More jobs. Job creation is increasing more slowly in the Region than in the nation as a whole. ARC is committed to Investing in appalachia 's The number of jobs in the nation has jumped 83 Future by helping the Region's communities percent since 1975, while the number of jobs in seize opportunities that both reduce disparities appalachia has increased only 50 percent over and advance prosperity. The Commission's the same time period. In addition, the Region's unique federal-state partnership enables flexible labor force participation rate remains low ( community- and state-driven project development percent in the Region compared with as well as opportunities to advance regional percent nationally).

10 Initiatives and model practices. ARC supports the efforts of local communities across the Region Higher educational attainment. While to transform their economies by working with a overall educational attainment rates in the Region network of local development districts and other have improved over the past 50 years, appalachia local partners. ARC also partners with private and continues to fall behind the nation on this nonprofit organizations, regional and national measure. Fifty-seven percent of Americans have philanthropic institutions, and federal agencies to some post secondary education; less than half leverage its resources for the benefit of appalachia 's of Appalachians (48 percent) have reached that people and communities. Together with its local, education level. state, and national partners, ARC is making progress toward achieving its vision. 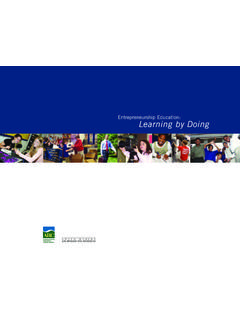 These students at Randolph County Vocational-Technical Center in Elkins, West Virginia, are learning how to recognize opportunities. They’re reviewing questions designed to … 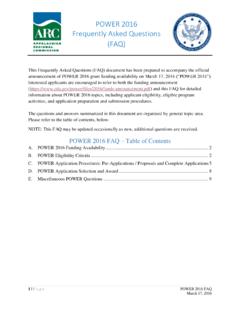 This Frequently Asked Questions (FAQ) document has been prepared to accompany the official announcement of POWER 2016 grant funding availability on March 17, 2016 (“POWER 2016”). Interested applicants are encouraged … 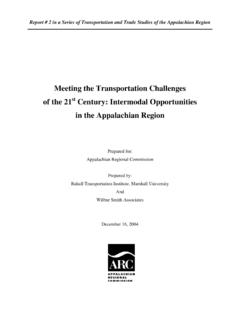 the 1960s, regional economic distress has grown in some parts of the country, including in the U.S.-Mexico Border Region. Like the previous report, an important component of … 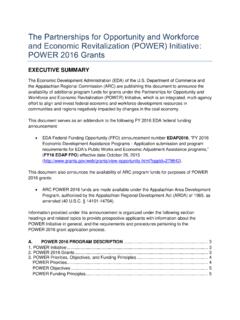 The Partnerships for Opportunity and Workforce and ...

POWER 2016 encourages applicants to leverage a variety of program resources from multiple sources, both public and private, in order to enhance the ability of coal-impacted communities and regions to successfully address these POWER objectives. POWER Funding Principles. 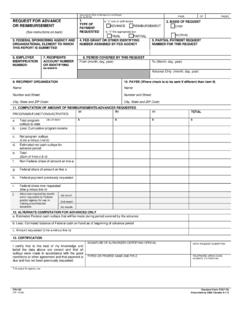 SF 270 Request for Advance or Reimbursement

No. 80 Approved by Office of Management and Budget. -R0183 PAGE OF PAGES REQUEST FOR ADVANCE OR REIMBURSEMENT (See instructions on back) 1. TYPE OF PAYMENT REQUESTED 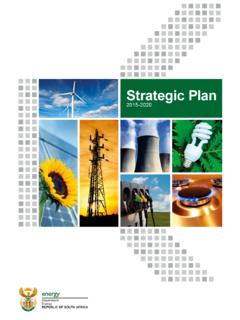 STRATEgIC pLAn FOR 2015/16 - 2019/20 4 OFFICIAL SIgn-OFF It is hereby certified that this Strategic plan: was developed by the management of the department of Higher Education and Training under the guidance of the