Kafka: a Distributed Messaging System for Log Processing Jay Kreps LinkedIn Corp. Narkhede LinkedIn Corp. Rao LinkedIn Corp. ABSTRACT Log Processing has become a critical component of the data pipeline for consumer internet companies. We introduce Kafka, a Distributed Messaging System that we developed for collecting and delivering high volumes of log data with low latency. Our System incorporates ideas from existing log aggregators and Messaging systems, and is suitable for both offline and online message consumption. We made quite a few unconventional yet practical design choices in Kafka to make our System efficient and scalable. Our experimental results show that Kafka has superior performance when compared to two popular Messaging systems.

Log processing has become a critical component of the data pipeline for consumer internet companies. We introduce Kafka, a distributed messaging system that we developed for collecting and delivering high volumes of log data with low latency. Our system incorporates ideas from existing log aggregators and messaging

1 Kafka: a Distributed Messaging System for Log Processing Jay Kreps LinkedIn Corp. Narkhede LinkedIn Corp. Rao LinkedIn Corp. ABSTRACT Log Processing has become a critical component of the data pipeline for consumer internet companies. We introduce Kafka, a Distributed Messaging System that we developed for collecting and delivering high volumes of log data with low latency. Our System incorporates ideas from existing log aggregators and Messaging systems, and is suitable for both offline and online message consumption. We made quite a few unconventional yet practical design choices in Kafka to make our System efficient and scalable. Our experimental results show that Kafka has superior performance when compared to two popular Messaging systems.

2 We have been using Kafka in production for some time and it is Processing hundreds of gigabytes of new data each day. General Terms Management, Performance, Design, Experimentation. Keywords Messaging , Distributed , log Processing , throughput, online. 1. Introduction There is a large amount of log data generated at any sizable internet company. This data typically includes (1) user activity events corresponding to logins, pageviews, clicks, likes , sharing, comments, and search queries; (2) operational metrics such as service call stack, call latency, errors, and System metrics such as CPU, memory, network, or disk utilization on each machine. Log data has long been a component of analytics used to track user engagement, System utilization, and other metrics.

3 However recent trends in internet applications have made activity data a part of the production data pipeline used directly in site features. These uses include (1) search relevance, (2) recommendations which may be driven by item popularity or co-occurrence in the activity stream, (3) ad targeting and reporting, and (4) security applications that protect against abusive behaviors such as spam or unauthorized data scraping, and (5) newsfeed features that aggregate user status updates or actions for their friends or connections to read. This production, real-time usage of log data creates new challenges for data systems because its volume is orders of magnitude larger than the real data.

4 For example, search, recommendations, and advertising often require computing granular click-through rates, which generate log records not only for every user click, but also for dozens of items on each page that are not clicked. Every day, China Mobile collects 5 8TB of phone call records [11] and Facebook gathers almost 6TB of various user activity events [12]. Many early systems for Processing this kind of data relied on physically scraping log files off production servers for analysis. In recent years, several specialized Distributed log aggregators have been built, including Facebook s Scribe [6], Yahoo s Data Highway [4], and Cloudera s Flume [3]. Those systems are primarily designed for collecting and loading the log data into a data warehouse or Hadoop [8] for offline consumption.

5 At LinkedIn (a social network site), we found that in addition to traditional offline analytics, we needed to support most of the real-time applications mentioned above with delays of no more than a few seconds. We have built a novel Messaging System for log Processing called Kafka [18] that combines the benefits of traditional log aggregators and Messaging systems. On the one hand, Kafka is Distributed and scalable, and offers high throughput. On the other hand, Kafka provides an API similar to a Messaging System and allows applications to consume log events in real time. Kafka has been open sourced and used successfully in production at LinkedIn for more than 6 months. It greatly simplifies our infrastructure, since we can exploit a single piece of software for both online and offline consumption of the log data of all types.

6 The rest of the paper is organized as follows. We revisit traditional Messaging systems and log aggregators in Section 2. In Section 3, we describe the architecture of Kafka and its key design principles. We describe our deployment of Kafka at LinkedIn in Section 4 and the performance results of Kafka in Section 5. We discuss future work and conclude in Section 6. 2. Related Work Traditional enterprise Messaging systems [1][7][15][17] have existed for a long time and often play a critical role as an event bus for Processing asynchronous data flows. However, there are a few reasons why they tend not to be a good fit for log Processing . First, there is a mismatch in features offered by enterprise systems.

7 Those systems often focus on offering a rich set of delivery guarantees. For example, IBM Websphere MQ [7] has transactional supports that allow an application to insert messages into multiple queues atomically. The JMS [14] specification allows each individual message to be acknowledged after consumption, potentially out of order. Such delivery guarantees are often overkill for collecting log data. For instance, losing a few pageview events occasionally is certainly not the end of the world. Those unneeded features tend to increase the complexity of both the API and the underlying implementation of those systems. Second, many systems do not focus as strongly on throughput as their primary design constraint.

8 For example, JMS has no API to allow the producer to explicitly batch multiple messages into a Permission to make digital or hard copies of all or part of this work for personal or classroom use is granted without fee provided that copies are not made or Distributed for profit or commercial advantage and that copies bear this notice and the full citation on the first page. To copy otherwise, or republish, to post on servers or to redistribute to lists, requires prior specific permission and/or a fee. NetDB'11, Jun. 12, 2011, Athens, Greece. Copyright 2011 ACM 978-1-4503-0652-2/11 $ single request. This means each message requires a full TCP/IP roundtrip, which is not feasible for the throughput requirements of our domain.

9 Third, those systems are weak in Distributed support. There is no easy way to partition and store messages on multiple machines. Finally, many Messaging systems assume near immediate consumption of messages, so the queue of unconsumed messages is always fairly small. Their performance degrades significantly if messages are allowed to accumulate, as is the case for offline consumers such as data warehousing applications that do periodic large loads rather than continuous consumption. A number of specialized log aggregators have been built over the last few years. Facebook uses a System called Scribe. Each front-end machine can send log data to a set of Scribe machines over sockets. Each Scribe machine aggregates the log entries and periodically dumps them to HDFS [9] or an NFS device.

10 Yahoo s data highway project has a similar dataflow. A set of machines aggregate events from the clients and roll out minute files, which are then added to HDFS. Flume is a relatively new log aggregator developed by Cloudera. It supports extensible pipes and sinks , and makes streaming log data very flexible. It also has more integrated Distributed support. However, most of those systems are built for consuming the log data offline, and often expose implementation details unnecessarily ( minute files ) to the consumer. Additionally, most of them use a push model in which the broker forwards data to consumers. At LinkedIn, we find the pull model more suitable for our applications since each consumer can retrieve the messages at the maximum rate it can sustain and avoid being flooded by messages pushed faster than it can handle.

asynchronous messaging or eventing. Applications scale horizontally, adding new instances as demand requires. These trends bring new challenges. Application state is distributed. Operations are done in parallel and asynchronously. The system as a whole must be resilient when failures occur. Deployments must be automated and predictable.

identifier. Anonymous identifiers allow processing of discrete person level records to analyze information across time, data sources or geographical areas for such purposes as measuring utilization, health system performance, and health outcomes or program evaluation. Encryption may be hardware or software based and is usually “key” based. 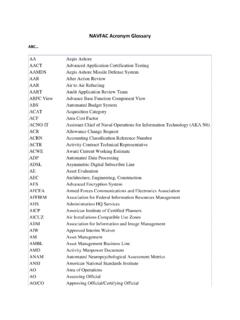 shared address space and for fast messaging and is care-fully tuned for the best RDMA performance. We used FaRM to build a key-value store and a graph store simi-lar to Facebook’s. They both perform well, for example, a 20-machine cluster can perform 167 million key-value lookups per second with a latency of 31µs. 1 Introduction 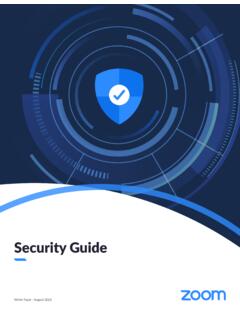