Kreitner Kinicki: III. Group and Social 12. Group Dynamics The mcgraw Hill Organizational Behavior, Processes Companies, 2003. Sixth Edition Chapter Twelve Group Dynamics Learning Objectives When you finish studying the material in this chapter, you should be able to: 1 Identify the four sociological criteria of a group and explain the role of equity in the Workplace Social Exchange Network (WSEN). model. 2 Describe the five stages in Tuckman's theory of group development, and discuss the threat of group decay. 3 Distinguish between role conflict and role ambiguity. 4 Contrast roles and norms, and specify four reasons norms are enforced in organizations. 5 Distinguish between task and maintenance functions in groups. 6 Summarize the practical contingency management implications for group size. 7 Discuss why managers need to carefully handle mixed-gender task groups. 8 Describe groupthink, and identify at least four of its symptoms.

1 Kreitner Kinicki: III. Group and Social 12. Group Dynamics The mcgraw Hill Organizational Behavior, Processes Companies, 2003. Sixth Edition Chapter Twelve Group Dynamics Learning Objectives When you finish studying the material in this chapter, you should be able to: 1 Identify the four sociological criteria of a group and explain the role of equity in the Workplace Social Exchange Network (WSEN). model. 2 Describe the five stages in Tuckman's theory of group development, and discuss the threat of group decay. 3 Distinguish between role conflict and role ambiguity. 4 Contrast roles and norms, and specify four reasons norms are enforced in organizations. 5 Distinguish between task and maintenance functions in groups. 6 Summarize the practical contingency management implications for group size. 7 Discuss why managers need to carefully handle mixed-gender task groups. 8 Describe groupthink, and identify at least four of its symptoms.

2 9 Define social loafing, and explain how managers can prevent it. Kreitner Kinicki: III. Group and Social 12. Group Dynamics The mcgraw Hill Organizational Behavior, Processes Companies, 2003. Sixth Edition Networking is a powerful way to meet tacts, celebrate personal and profes- people and get things done. Unfortu- sional successes, and help their mem- nately, it's one of those important but bers get more done. The power they not urgent things that don't always get represent is as awesome as that of any the attention they deserve. For women of the Powerpuff Girls on Saturday in particular who may also be running morning TV. households and raising children (and No less a personage than Oprah who almost always shoulder most of the Winfrey says she relies on informal responsibility for those things, accord- networks.. ing to recent reality checks) there In this era of multitasking, Oprah isn't isn't enough time to attend a formal the only woman who is mingling her per- networking meeting.

3 And the more sonal and professional lives with the informal contacts one makes could be more helpful by being more specific and less guarded about giving advice and sharing information. It's easier to ask a friend about salary negotiation than to ask someone sitting across from you at a luncheon meeting. Many women have risen to the chal- lenge by forming their own small groups Girl Gangs that get together regularly in person, by phone, or via email to talk about life and career. These buddies share ideas and con- Oprah Winfrey, seen here hugging singer/actress Jennifer Lopez, enjoys the support of an informal network of friends. AP/ Wide World Photos Kreitner Kinicki: III. Group and Social 12. Group Dynamics The mcgraw Hill Organizational Behavior, Processes Companies, 2003. Sixth Edition help of an informal network of likeminded people. Given the companion nursing mothers formed a cross-departmental demands faced by the average American woman juggling network as strong as any within the company.

4 Work, family, and life in general, an informal group offers a The Academic great way to harness the energy of different people dealing Universities are hardly free from the political and career- with similar situations.. management demands of corporate life. Marita Golden is a The Corporate Manager writer and professor in the MFA Graduate Creative Writing In a big company, one needs to network just to navigate effi- Program at Virginia Commonwealth University in Richmond. ciently. In fact, it's as important to network within a company She often meets with a group of other African American as it is to network outside of it. women teaching at colleges in the Washington, DC, area. Daimler-Chrysler has 13,000 people working in its Auburn The group has helped us feel that we are supported in Hills, Michigan, headquarters. Kathryn Lee, staff labor pro- the trenches, even though we're not all at the same univer- grams administrator, is proud that her company supports a sity, she says.

5 It's very good to know that you're not alone Women's Network Group and provides a number of oppor- and that your experiences are valid.. tunities for after-hours networking, including guest speakers Golden believes these groups are vitally important. Even and presentations. But as a working mother of two young in a university, there are very few situations where we get children, formal networking is a low priority for her right now. together to talk about what we are doing creatively, she says. Being perfectly candid, I would rather spend my evenings In Golden's experience, an informal group gives members with my family and pass on the optional business gatherings, a better chance to talk about their research or their articles she says. Intentionally or not, her company has provided a in progress than in an organized faculty forum, which often networking opportunity for women in the exact same cir- degenerates into discussions about students, grading, and cumstance.

6 University policies. Her group finds that exchanging ideas After her second child was born, Lee started spending her informally leads to better formal academic work in the long lunches and breaks in Daimler-Chrysler's lactation room, run. They also enjoy discussing their lives in general with col- where she met a lot of other women. leagues who have become friends. You could spot us a mile away, she says, with the sweater One woman in the group was a grandmother who pro- or suit jacket to cover up leaks and the oversized Pump-N- vided great wisdom about life that we came to rely on, says Style bag. Since we were all on a schedule, we got to know Golden. each other pretty well. It felt like we were in a secret club. That powerful combination of the personal and the pro- In part because they didn't work together, these women fessional is one reason that members come to rely on their would use their pumping sessions to share ideas for work as girl well as to talk about kids.

7 Lee credits the group for helping her stick to nursing for a year, which isn't easy. She says she's also grateful for the opportunity to meet others in her com- For Discussion pany without taking extra time to attend meetings after work. What would you say to a manager who doesn't like I learned which areas in the company have great bosses, informal networks because they are not under which departments have a lot of international travel, and control? . other information that I can use on my job, she says. And her ecause the management of organizational behavior is above all else a social B endeavor, managers need a strong working knowledge of interpersonal behav- ior. Research consistently reveals the importance of social skills for both indi- vidual and organizational success. An ongoing study by the Center for Creative Leadership (involving diverse samplings from Belgium, France, Germany, Italy, the United Kingdom, the United States, and Spain) found four stumbling blocks that tend to derail executives' careers.

9 A favorable first impression by others Persuasion and social Ability to change others' attitudes Influence tactics and social power, Chapter 16. influence or behavior in desired directions Leadership, Chapter 17. Social adaptability Ability to adapt to, or feel Emotional intelligence, Chapter 5. comfortable in, a wide range of Managing change, Chapter 19. social situations SOURCE: Columns 1 and 2 excerpted from R A Baron and G D Markman, Beyond Social Capital: How Social Skills Can Enhance Entrepreneurs' Success, Academy of Management Executive, February 2000, table 1, p. 110. 1. Problems with interpersonal relationships. 2. Failure to meet business objectives. 3. Failure to build and lead a team. 4. Inability to change or adapt during a Notice how both the first and third career stumbling blocks involve social skills . the ability to get along and work effectively with others. Managers with interpersonal problems typically were described as manipulative and insensitive.

10 Interestingly, two- thirds of the derailed European managers studied had problems with interpersonal rela- tionships. That same problem reportedly plagued one-third of the derailed US. executives. Management, as defined in Chapter 1, involves getting things done with and through others. Experts say managers need to build social capital with four key social skills: social perception, impression management, persuasion and social influence, and social adaptability (see Table 12 1).4 How polished are your social skills? Where do you need improvement? Let us begin by defining the term group as a prelude to examining types of groups, functions of group members, social exchanges in the workplace, and the group devel- opment process. Our attention then turns to group roles and norms, the basic building blocks of group dynamics. Effects of group structure and member characteristics on group outcomes are explored next. Finally, three serious threats to group effectiveness are discussed. 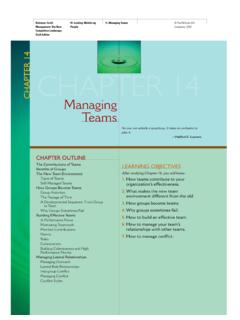 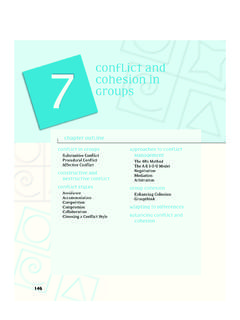 conflict in groups Conflict is unavoidable in an effective group. Rarely do conscientious members work in groups for any length of time without expressing differences and dis- 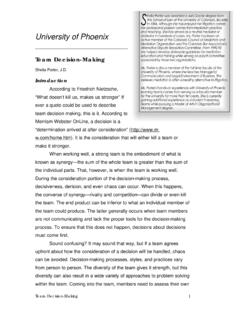 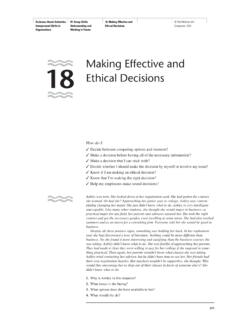 THREE TYPES OF PERCENT PROBLEMS SECTION 6.4 497 Because in any percent problem we know two of the three quantities (A, B,orR), we canalwayssolvefortheunknownterm.ConsiderinExample4theuseofthepercentproportion. 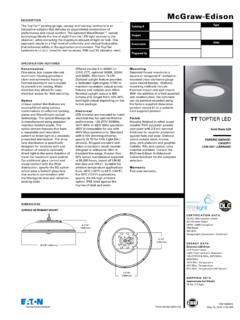 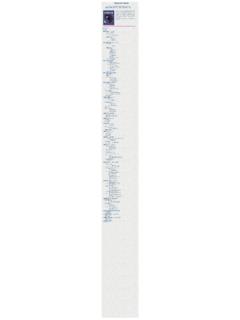