2 POSITION MONITOR. Measurements are performed with up to 28,000 optical axes (IG-028), each of which monitors the amount of light received. Large Distance between the Transmitter and Receiver IG-028: Max. 1500 mm " IG-010: Max. 1000 mm ". L-CCD* Light-Receiving Element The SENSOR recognizes the position of a target and is less sensitive to its environment, making it possible to achieve stable target measurement. * L-CCD : Linearized-Charge Coupled Device IP67 Protection The enclosure is resistant to harsh environments and offers long-term Panel mount type durability.

3 IG-1500/1550. Display Unit Options There are two types of display units: panel mount and DIN-rail mount. When a display unit is connected to a communication unit, measurement data can be sent to external devices such as a PLC. DIN-rail mount type IG-1000/1050. 3. I- SERIES . Intelligent SENSOR T H REE CO N CEPTS. Intelligent High accuracy was achieved by using the technology Intelligent and functions developed for high-accuracy measuring instruments. Rugged I. SERIES . Developed for use in harsh environments, the IG SERIES was designed with a strong structure.

5 With conventional lasers, the transmission spot produces a patchy pattern (as shown in the figure to the right). This is a LASER -specific interference SPOT I M AG E. Intelligent problem caused by the LASER having a single wavelength. The IG SERIES Single-wavelength LASER (conventional LASER SENSOR ). SENSOR overcomes this Intelligent problem by using a multi-wavelength LASER . Because I. SERIES . shadows are formed on the CCD more clearly, the SENSOR remains highly A patchy pattern appears. Rugged Easy stable, even with targets I that are conventionally SERIES .

6 Difficult to detect ( transparent Rugged Easy objects). Multi-wavelength LASER (IG). With the I-DSP (a parallel computing chip). incorporated in the receiver, the SENSOR can perform data processing at high speed, Due to the multi-wavelength LASER used, the beam Intelligent reducing noise to a minimum. pattern has a more uniform intensity distribution. I Best in its class SERIES Best in its class Rugged Easy Intelligent Repeatability of 5 m Mil Linearity of I. SERIES . STABLE DETECTION. Rugged OFEasy TRANSPARENT. & MESH TARGETS.

8 Determining the Part of a Target to be Measured Rugged Easy The position monitor on the IG SERIES sensors Red: Indicates the makes it possible to visually check how a received light position target is detected. The user can prevent mounting or setting errors by observing the red lights that indicate the received light position and the green lights that indicate the Green: Indicates the measurement position. measurement position Easier Optical Axis Alignment The position monitor makes it easier to align the optical axis.

9 Easily perform optical axis alignment by adjusting the SENSOR head so that all of the position monitor lights turn red. Optical axis alignment in Optical axis alignment progress complete 5. Intelligent FUNCTION. I AND STRUCTURE THAT M ATCHES. SERIES . Rugged Easy THE ON -SITE ENVIRONM ENT. Intelligent Easy to maintain thanks to excellent environment resistance I. Rugged SERIES . Easy Key Point: Less Sensitive to Dirt Because it uses an L-CCD, the IG SERIES is less sensitive L-CCD Binarization level to materials such as dirt than a SENSOR that uses a 28 photodiode (PD) as the light-receiving element.

10 Intelligent I. SERIES . Rugged Easy Received light level 0 IP67 Protection The enclosure satisfies the IP67 rating based on the IEC. If the SENSOR gets standards and remains watertight even after being held Binarization level at a depth of one meter for 30 minutes. The enclosure is L-CCD. 28 resistant to adverse environments and offers long-term durability. 0. Received light level Although dirt reduces the total amount of light received, the measurement position is the same. The shadow of a target is shown. Flexible Free-Cut Cable The SENSOR head cable is a robot cable No break in the cable after 20 million bends (typical). 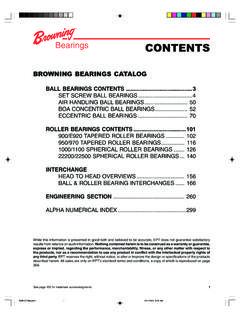 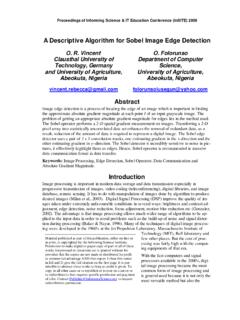 A Descriptive Algorithm for Sobel Image Edge Detection 98 cheapest. The process allows the use of much more complex algorithms for image processing and 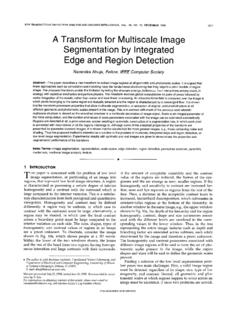 IEEE TRANSACTIONS ON PATTERN ANALYSIS AND MACHINE INTELLIGENCE, VOL. 18, NO.12, DECEMBEFI 1996 A Transform for Multiscale Image Segmentation by Integrated Edge and Region Detection 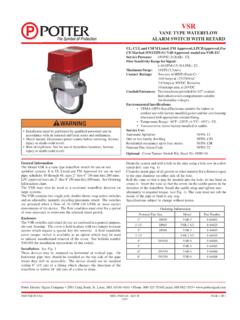 PRINTED IN USA MFG. #5401146 - REV H 12/07 PAGE 2 OF 3 VSR VANE TYPE WATERFLOW ALARM SWITCH WITH RETARD To remove knockouts: Place screwdriver at inside edge of knockouts, not in the center. 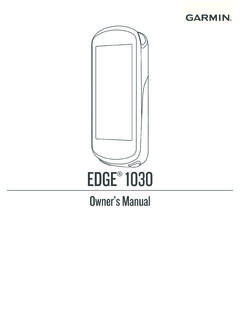 Charging the Device NOTICE To prevent corrosion, thoroughly dry the USB port, the weather cap, and the surrounding area before charging or connecting to

With, Control, Motor, Back, Bldc motor control with sensorless back, Bldc, Sensorless