2 (Political Fragmentation / Caudillos, Politics, and the Church). III. Latin - American Economies and World Markets, 1820-1870. (Britain's support for the new nations was tied to the opening of trade with Latin America. Britain rapidly replaced Spain as the region's largest trading partner. The dominance of the British hindered the development of Latin American industries and reinforced the economic dependence of Latin America in the world trade network. From 1820 to 1850, the post independence economy of Latin America remained stagnant. After 1850, in response to European demand for Latin American products, the economy quickened.)

3 Enhanced trade permitted greater state development of important infrastructure, such as roads and railroads. The economic growth created support for liberal policies and led to liberal governments after 1860. Creation of a united Argentine 1. Republic in 1862. Liberal reformers sought to manipulate the economic boom after the 1860s. Using profits from increased trade, the liberal government established education systems, built roads, and constructed railroads. The liberal government carried out the final conquest of Indians in Argentina.). IV. Societies in Search of Themselves 1800-1900.

4 ( Latin American culture was torn between the heritage of Europe and the need to express Americanism. The end of Spanish colonial dominance opened Latin America to other European influences in the decades after independence. French neoclassical tradition was particularly influential. Romanticism shifted Latin American attentions to symbols of Americanism, such as Indians, gauchos, and slaves. Historical studies reflected the European concepts of positivism and progress. By the 1870s, the political dominance of liberalism produced more realistic literary efforts, which often criticized social and political systems.)

5 Popular culture remained largely unaffected by trends among the elite. Although legal distinctions were often removed, the old social hierarchy based on color and ethnicity was tacitly retained. Indians remained virtually outside the social system of Creoles and mestizos. Socially and economically, the liberal decades led to increasing control of resources, including land, by an elite of white Creoles. After the 1870s, economic change and immigration fostered the creation of greater urban centers, but Latin America remained predominantly agrarian and dependent on the world trade system).

6 V. The Great Boom and uncle Sam goes south, 1880-1920. (The Latin American export economy produced a social and political alliance between large landowners, miners, and export merchants, all of whom depended on commerce for prosperity. Exports dramatically increased between 1870 and 1900. The expanding economy attracted capital from abroad, both from Europe and the United States. Although foreign capital provided the impetus for expansion, it placed Latin American industries and transportation corporations in foreign hands.). Mexico and Argentina: Examples of Economic Transformation Mexico: Porfirio D az, one of Ju rez's generals, was elected president of the Mexican republic.

7 As was typical of liberal regimes, D az's government attracted foreign investment, built up the nation's infrastructure, and initiated industrialization. Although the appearance of democracy was retained, D az's government suppressed all political opposition. Much of the economic growth in Mexico was at the expense of urban laborers and the peasantry, both of which were largely Native American . In 1910, popular dissatisfaction with D az's regime resulted in the Mexican Revolution. Argentina also had a liberal government whose popularity depended on maintaining the boom in the export economy.

8 Unlike Mexico, where labor was provided by indigenous peoples, Argentina's labor force expanded through immigration from Europe. European- born workers brought with them socialism, and a Socialist Party emerged in Argentina in the 1890s. A series of strikes followed by government repression typified the first decades of the 20th century. The middle-class Radical Party promised political reform and enlightened labor policies to gain power in 1916. When faced with strikes, it, too, reacted repressively. The models of Mexico and Argentina (oligarchies composed of the traditional aristocracy and the middle classes uneasily presiding over disgruntled 2.)

9 Laborers and peasants) could be found in other Latin American states where liberal modernization met resistance. Uncle Sam Goes South American capitalists turned to Latin America for investment after the American Civil War. The United States' first armed intervention in Latin America, the Spanish- American War between 1895 and 1898, was intended to open the door to the valuable sugar plantations of the Caribbean. As a result of the war, the former Spanish colonies of Cuba and Puerto Rico were reduced to dependency on the United States. When Colombia proved reluctant to support American plans in Central America, the United States backed Panama's independence movement in return for extensive rights to build a canal in the new nation. 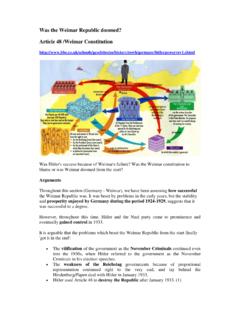 Was the Weimar Republic doomed? Article 48 … 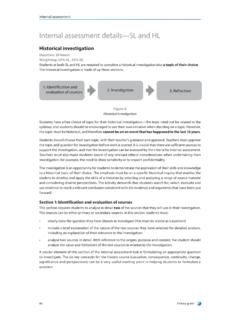 Internal assessment 88 History guide Bibliography A bibliography and clear referencing of all sources must be included with every investigation, but these are not included in the overall word count. Word limit The word limit for the historical … 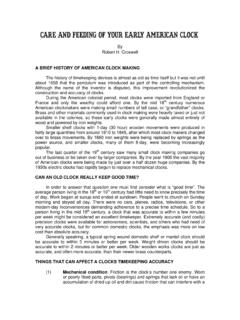 By Robert H. Croswell A BRIEF HISTORY OF AMERICAN CLOCK MAKING The history of timekeeping devices is almost as old as time itself but it was not until 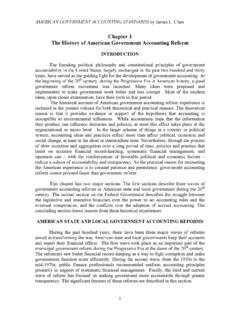 Chapter 3 The History of American Government …

T he history of the United States Postal Service is an ongoing story of enormous depth and breadth, rooted in a single, great principle: that every 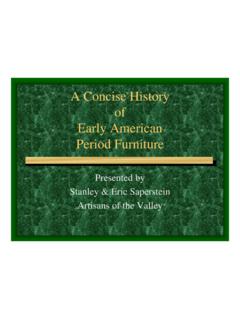 THE HISTORY OF NURSING HOMES

THE HISTORY OF NURSING HOMES In the twenty-first century, nursing homes have become a standard form of care for the most aged and incapacitated persons. 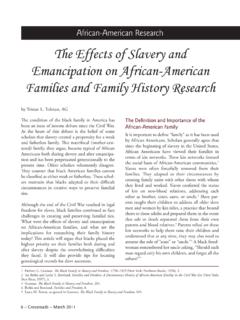 The Effects of Slavery and Emancipation on African ...

March 2011~ Crossroads ~ 7 Despite the importance of these networks, how-ever, scholars continue to debate the existence and preeminence of the nuclear slave family.