accordance with the provisions of Part X of this Act. 5. Jurisdiction of District Delegates (1) The Chief Justice may, from time to time, appoint such resident magistrates

2 2. Interpretation (1) In this Part, unless the context otherwise requires "administrator" means a person appointed by the court to administer the estate of a deceased person when there is no executor or no executor is able and willing to act, and includes, when Part VIII applies and subject to the provisions thereof, a person appointed an administrator under that Part; "codicil" means an instrument made in relation to a will, and explaining, altering or adding to its dispositions; "contention" in relation to a grant of probate or letters of administration means the appearance of any person to oppose the application for the grant, and "contentious" has a like meaning; "court" means the High Court and includes, in any case in which a District Delegate has jurisdiction, a District Delegate, but does not include a district court; "demonstrative legacy" means a legacy directed to be paid out of specified property; "district court" has the meaning ascribed thereto in the Magistrates Courts Act i*; "District Delegate" means a resident magistrate appointed a District Delegate under section 5; "executor" means a person to whom the execution of the last will of a deceased person is, by the testator's appointment, confided; "general legacy" means a legacy other than a specific or demonstrative legacy; "Minister" means the Minister responsible for legal affairs.

3 "probate" means the copy of a will, or, in the case of an oral will, a statement of the contents thereof, certified under the seal of the court, with a grant of administration to the estate of the testator; "Probate Rules" means rules made under section 9; "rules of Court" include rules of court made by the High Court under section 4 of the Judicature and Application of Laws Act ii* and the rules contained in or made under the Civil Procedure Code iii*; "small estate" means an estate the gross value of which a court, district court of other authority having jurisdiction in probate or administration is satisfied does not exceed ten thousand shillings; "specific legacy" means a legacy of specified property; "trust corporation" means (a) the Public Trustee; or (b) the Administrator General; or (c) any incorporated-banking or insurance or guarantee or trust company which has a capital (in stock or shares) for the time being issued of not less than two hundred and fifty thousand pounds, of which not less than one hundred thousand pounds shall have been paid up in cash.

4 Or (d) any body corporate which has a capital (in stock or shares) for the time being issued of not less than two hundred and fifty thousand pounds, of which not less than one hundred thousand pounds shall have been paid up in cash, and which is for the time being empowered (by Act of Parliament of the United Republic charter, memorandum of association, deed of settlement or other instrument constituting it or defining its powers) to undertake trusts, but for so long a time only as such body corporate shall not, by any prospectus, circular, advertisement or other document issued by it or on its behalf, state or hold out that any liability attaches to the Public Trustee or to the general revenue of the United Republic in respect of any act or omission of such body corporate when acting as an executor or administrator; and "will" means the legal declaration of the intentions of a testator with respect to his property, which he desires to be carried into effect after his death.

5 (2) Notwithstanding anything contained in the definition of "trust corporation" in subsection (1) of this section, a company or body corporate which would be a trust corporation but for the fact that it does not for the time being fulfil the requirements as to capital in paragraphs (c) or (d) of the said definition may act as executor or administrator in any case with the leave of the High Court and on giving such security as the High Court may determine, and thereupon for the purposes of so acting as executor or administrator shall be deemed to be and to have the powers, rights and duties of a trust corporation under this Act. PART II JURISDICTION IN PROBATE AND ADMINISTRATION OF ESTATES (ss 3-9) 3. Jurisdiction of High Court in probate and administration The High Court shall have jurisdiction in all matters relating to probate and the administration of deceased's estates, with power to grant probates of wills and letters of administration to the estates of deceased persons and to alter or revoke such grants.

6 4. Jurisdiction of High Court to re-seal certain grants The High Court shall have jurisdiction to re-seal grants of probate and letters of administration made by a court of probate in any part of the Commonwealth in accordance with the provisions of Part X of this Act. 5. Jurisdiction of District Delegates (1) The Chief Justice may, from time to time, appoint such resident magistrates as he thinks fit to be District Delegates. (2) A District Delegate shall have jurisdiction in all matters relating to probate and administration of estates with power to grant probate and letters of administration of estates if the deceased, at the time of his death, had his fixed place of abode within the area for which the Delegate is appointed (a) in non-contentious cases; (b) in contentious cases, if the Delegate is satisfied that the gross value of the estate does not exceed fifteen thousand shillings, or the High Court authorises the Delegate to exercise jurisdiction in such circumstances as are specified in subsection (3).

7 (3) No act of a District Delegate exercising jurisdiction in probate or administration of estates shall be invalid by reason only that it is afterwards discovered that the gross value of the estate exceeded fifteen thousand shillings, but where the District Delegate becomes aware of such circumstances in any contentious case, he shall report the matter to the High Court which shall either direct the transfer of the proceedings to itself or authorise the Delegate to exercise jurisdiction therein. (4) A District Delegate shall not have jurisdiction to exercise any of the powers herein expressly conferred on the High Court. 6. Jurisdiction of district courts (1) A district court presided over by a district magistrate shall have jurisdiction in the administration of small estates, with power to appoint administrators of small estates using the form specified in the Fourth Schedule to this Act, where the deceased died within the jurisdiction of the court.

8 (2) The jurisdiction of a district court shall be exercised in accordance with the provisions of Parts VIII and IX. 7. Consular officers (1) Where any person who is a national of a State to which this section applies is named as executor in the will of a deceased person disposing of property in Tanzania , or is otherwise a person to whom a grant of representation to the estate in Tanzania of a deceased person may be made, then if the court is satisfied, on the application of a consular officer of the said State, that the said national is not resident in Tanzania , and if no application for a grant of such representation is made by a person duly authorised by power of attorney to act for him in that behalf.

10 (3) Sureties shall not be required to an administration bond given by a consular officer upon the grant of any letters of administration by virtue of this section. (4) Where any person who is a national of a State to which this section applies (a) is entitled to any money or other property in Tanzania forming part of the estate of a deceased person, or to receive payment in Tanzania of any money becoming due on the death of a deceased person; or (b) is among the persons to whom any money or other property of a deceased person may, under any Act whether passed before or after the commencement of this Act, be paid or delivered without grant of probate or other proof of title, then if the said national; is not resident in Tanzania , a consular officer of that State shall have the right and power to receive and give a valid discharge for any such money or property as if he were duly authorised by power of attorney to act for him in that behalf: Provided that no person shall be authorised or required by this subsection to pay or deliver any money or property to a consular officer if it is within his knowledge that any other person in Tanzania has been expressly authorised to receive that money or property on behalf of the said national. 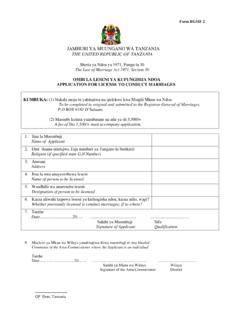 JAMHURI YA MUUNGANO WA TANZANIA THE … 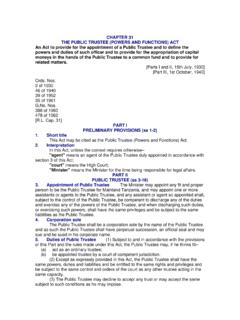 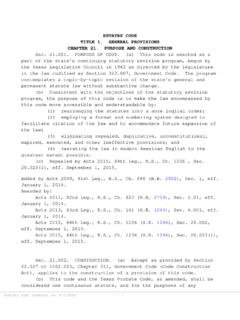 ESTATES CODE Sec. 21.001. PURPOSE OF CODE. (a) This code is enacted as a part of the state's continuing statutory revision program, begun by 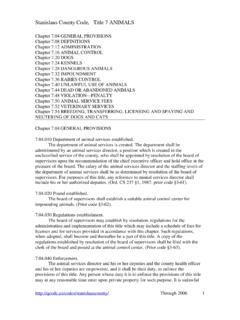 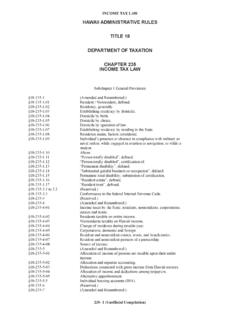 THE AMENDED AND RESTATED ZONING …

TEXAS FORMS MANUAL A Guide for Real Estate and …