Leak TESTING METHODOLOGIES LEAK TESTING METHODOLOGIES . Different methods can be used for leak TESTING : - Ultrasonic measurement - Bubble test - Pressure decay - Vacuum decay test or pressure rise test - Helium sniff - Helium spray - Helium accumulation - Helium leak detection through Vacuum systems ULTRASONIC MEASUREMENT. Any type of leak emits a sound and, depending on the size of the leak, the frequency of the leak can be higher or lower. Very small leaks emit a sound with a frequency which is too high for our ears to detect so an ultrasonic leak detector is used in this case. Ultrasonic leak detectors are generally hand held devices which are used with a pair of headphones, a meter, a sensitivity adjustment, a nozzle and some level of software.

1 Leak TESTING METHODOLOGIES LEAK TESTING METHODOLOGIES . Different methods can be used for leak TESTING : - Ultrasonic measurement - Bubble test - Pressure decay - Vacuum decay test or pressure rise test - Helium sniff - Helium spray - Helium accumulation - Helium leak detection through Vacuum systems ULTRASONIC MEASUREMENT. Any type of leak emits a sound and, depending on the size of the leak, the frequency of the leak can be higher or lower. Very small leaks emit a sound with a frequency which is too high for our ears to detect so an ultrasonic leak detector is used in this case. Ultrasonic leak detectors are generally hand held devices which are used with a pair of headphones, a meter, a sensitivity adjustment, a nozzle and some level of software.

2 More complex systems can be used when it is necessary to automate the process in a production environment for example, where more leak detection points are potentially present. This method is not reliable in complex systems where ultrasonic sounds can be produced by multiple leaks but other sources too, which do not necessarily imply a leak (background noise). Also, the leak rate cannot be measured, but only estimated based on the frequency of the emitted sound. The sensitivity of the instrument is rather low as well, as it can reliably detect leaks only up to10-2 mbar litre/sec. For these reasons, this method is suited to finding large leaks, but it is not recommended for the fine leaks in a production environment.

3 Tel.: (UK): +44 (0)161 866 88 60 - (US): +1 734 4874566. Leak TESTING METHODOLOGIES BUBBLE TEST. This method consists of pressurising the component (usually with dry air or nitrogen), submerging it into a water tank and watching for escaping bubbles. A leak in the component will produce a bubble stream, which can be less or more intense depending on the size of the leak itself. The size of the bubble will also depend on this factor. The theoretical sensitivity of this method is about 10-4 mbar litre/sec, however the real sensitivity is lower (10-3 mbar litre/sec). as it is influenced by factors like illumination conditions, water turbidity, unit location and placement and water movement.

4 Besides, this method is not reliable as: - the leak size cannot be easily quantified - component requires drying after test - extensive floor space required - low throughputs - expensive to operate due to high labour costs (operators are required to look for bubbles). - high dependency on the reliability of the operator - problems with bubbles (these can get trapped in the component structure, or they are not produced because the leak is too small, false bubbles can be produced by air trapped in the component structure during its immersion in water, etc.). - possible par contamination - unpleasant working conditions (water can wet floors, operators, etc.). - operational and maintenance costs (cleaning the water, lighting, etc.)

5 Tel.: (UK): +44 (0)161 866 88 60 - (US): +1 734 4874566. Leak TESTING METHODOLOGIES PRESSURE DECAY. If we consider a component charged at a given pressure, any possible leak can be associated with a decrease of internal pressure. Therefore, if a component needs to be leak tested, it can be first charged (usually with dry air or nitrogen) at a set pressure and then its pressure can be monitored for a set amount of time. A pressure decay indicates the presence of a leak. This system is simple, compact and easy to use. It is cheap, dry and it does not require an operator's judgement for its use. The leak detection sensitivity depends on the volume of the unit to be tested (the bigger, the more it takes to stabiles the internal pressure before monitoring it), the pressure transducer resolution and TESTING time.

6 Moreover it presents the following disadvantages: - low sensitivity (down to 10-2 mbar litre/sec). - requires long times to stabilise the pressure level before this is monitored over time - very susceptible to environment changes (particularly temperature). - susceptible to mechanical instability (when pressurising the component its volume can change, therefore the results can be misleading). - guarding is required for high pressures - the leak cannot be located - low throughput, especially for large components This method can represent a good preliminary leak test to detect gross leaks before a final automated fine leak test is carried out using helium (if a component has a gross leak and this is not detected first with a pressure decay test, large quantities of helium will leak out of the test unit, contaminating the system and making it inoperable for a long time).

7 Tel.: (UK): +44 (0)161 866 88 60 - (US): +1 734 4874566. Leak TESTING METHODOLOGIES Vacuum DECAY TEST OR PRESSURE RISE TEST. This method works in the opposite way of the pressure decay test. It is based on the on the evacuation of the part, and after the pressure has stabilised, any increase in pressure caused by test media entering the part is measured. This method is suitable only for parts which are able to withstand Vacuum (thin walled parts cannot be tested due to the danger of collapsing). With respect to the pressure decay test, this method has the advantage of being less sensitive to temperature changes since the internal pressure is lower than the external atmospheric pressure.

8 However this solution presents the following disadvantages: - susceptible to surface out-gassing and liquid evaporation which affect and limit the real sensitivity (the evaporation of traces of humidity increases the internal pressure creating a false leak). - the pressure difference that can be applied to the component during the test cannot be higher than 1 bar, therefore the part is not reliably tested if its operating pressure is higher than 2bara - most importantly with this test the part is stressed in the opposite way because the pressure is applied in the opposite direction to the operating one, so certain leaks might close instead of opening as shown in the drawing here below: Although the sensitivity of this method can be around 10-2 mbar litre/sec, it is not recommended as a final leak test on complete assemblies for the reasons explained above.

9 Tel.: (UK): +44 (0)161 866 88 60 - (US): +1 734 4874566. Leak TESTING METHODOLOGIES HELIUM SNIFF. For this method a helium sniffer is required. The component is charged with pressurised helium and then scanned all over its surface with a helium sniffer. Should there be a leak, this will cause an increase in the helium concentration in the atmospheric air mixture close to the leak point, which will be detected by the sniffer. This method is good as it locates the leak point, has a high level of sensitivity (down to 10-6 mbar litre/sec), it is compact, dry and relatively inexpensive. However, it presents the following disadvantages: - it is operator dependant - the accuracy of the leak detection depends on the speed the sniffer probe is moved with, and on the distance between the part and the sniffer probe itself - it can be dangerous for the operator if the component is charged at high pressures - low throughputs (manual).

10 - repeat fails can helium contaminate the atmosphere where the test is carried out, thus leading to unreliable results - it is a local method which allows TESTING of single points, therefore tested points can have a leak below the sniffing sensitivity, but the overall leakage may be above the acceptance limit. As a result, the test is successful, but the part is defective. Tel.: (UK): +44 (0)161 866 88 60 - (US): +1 734 4874566. Leak TESTING METHODOLOGIES HELIUM SPRAY. With this method, first of all the part to test is evacuated through a pumping system integrated with a helium detector. This procedure can identify any gross leaks, which if present, will not allow the component to reach Vacuum . 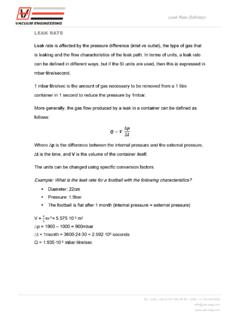 The Why, When, and How of Leak Checking a …

mains essentially the same, then an ac-tual (real) leak may be considered the primary cause. In most cases, both leaks and out-gassing are present simultaneously.

Lake, Checking, And how of leak checking a 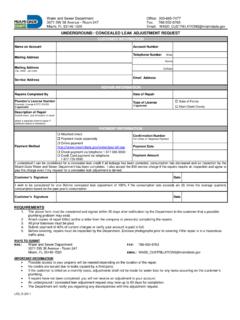 Miami-Dade Water and Sewer Department Rules and Regulations 2.10 (e) For customers billed on a quarterly basis, for leakage occurring underground or behind walls, the Department will 4 Leak Testing A modern manufacturing line is designed to deliver a final product with high reliability and always increasing performances. The leak test-

1 Introduction In the refrigeration industry, components and systems must be leak tested to ensure that refrigerant leakages are below specified limits. 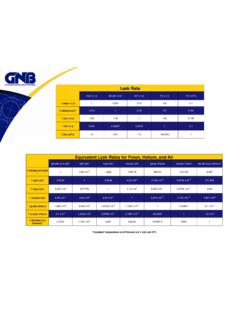