2 However a key factor is the increasing role played by deaths at older ages. Three out of four deaths to women are at ages 75 and over, with two thirds of these occurring at ages 85 and over. For men, the respective figures are three out of five deaths are at ages 75 and over and half of these are at ages 85 and over. There has been a sudden and sustained increase in numbers of people at these older ages. This is both as a result of improved survival to old age and because of demographic and health events in the 1920s and 30s (the post war baby boom in the early 1920s followed by sustained levels of births and greatly improved chances of surviving infancy and childhood). This has placed substantial pressures on all forms of social protection, such as health , social care, and pensions. At the same time there has been an increase in the recognition of age- related degenerative mental health conditions (particularly dementia).

3 For example, the prime minister launched a national challenge to fight dementia in England in March 2012. Similarly a scheme offered a 55 payment to GPs for each dementia diagnosis made between 30 September 2014 and the end of March 2015. Furthermore, ONS made changes to the coding of deaths due to dementia so that prior to 2010, in around half of deaths that mentioned dementia it was coded as the underlying cause. From 2014, this figure rose to 70 per cent. However, dementia rates among those aged 85 and over had been rising since at least 2002, as a result of an increase in the rate at which dementia was certified as contributing to the cause of death by doctors. As a consequence of all these changes the category Dementia and Alzheimer's is the most common cause of death in women aged 80 and over (37,252 deaths) and in men aged 85 and over (12,258 deaths) at the most common ages at which people now die. Leading(causes(of(death(by(sex(and(.)))) )))

6 Based on current ONS coding rules, the increases in deaths identified as being caused by dementia ( underlying cause) were similar. The implications for services of both a greater rate of dementia at death and a relatively rapid increase in the population at the most vulnerable ages is considerable. All social protection activities are placed under considerable strain. Although resources in health and social services have, in many areas, been maintained at previous levels (in contrast to cuts in other services), the pressures identified here suggest that standing still is not a sufficient response. Inequalities within and between local authorities Inequalities within and between local authorities have persisted. Life expectancy for men varied from 74 in Blackpool to 83 in Kensington and Chelsea a nine- year gap. Among women it varied from 79 in Manchester to 86 in Kensington and Chelsea a seven- year gap. Within local authorities there was considerable variation in the inequality gradient in life expectancy between small areas based on level of deprivation.

7 For men, in Barking and Dagenham these inequalities were equivalent to slightly less than a three year gap while in Blackpool, Stockton on Tees and Kensington and Chelsea the figures were in the region of 14 to 15 years. Similarly for women, the inequality gradient varied from less than two years in Islington to 12 years or more in Stockton on Tees and Middlesborough. Despite these notable exceptions, there was generally a strong relationship the lower the level of life expectancy for the local authority, the steeper the inequality gradient within an authority. Contact: Felicity Porritt Tel: 07739419219 Marmot Indicators Briefing , EMBARGO: 0001 HRS TUESDAY 18TH JULY Healthy life expectancy for a local authority was similarly strongly related to life expectancy, with one principal exception. In Tower Hamlets, the gap between healthy life expectancy and life expectancy ( years spent in ill- health ) was considerably greater than that for other local authorities (30 years for females and 24 years for males).

8 Male%life%expectancy%at%birth%and% health y%. life%expectancy%by%local%authority%%. Contact: Felicity Porritt Tel: 07739419219 Marmot Indicators Briefing , EMBARGO: 0001 HRS TUESDAY 18TH JULY Female&life&expectancy&at&birth&and&. healthy&life&expectancy&by&local&authori ty&&. Key Findings across the Social Determinants of health Early years development: impressive improvements and clear opportunities to reduce inequalities Good early years development has profound and lasting impacts on prospects and health in later life. Latest figures on early child development at age 5 illustrate impressive improvement. In 2012/13 only half of children reached a good level of development, and a third of children eligible for free school mealsi reached a good level of development. In 2015/16, just under 70% reached a good level of development and over half of children on free school meals reached this level. The gap has reduced slightly but not significantly.

10 GOOD" But"room"for"improvement". GCSE attainment stalled progress and clear opportunities to reduce inequality Inequalities can be reduced if we ensure that everyone makes the most of their capabilities. One aspect of this is to ensure that at school, inequalities in attainment are minimised. There was little change in the percentages attaining five or more GCSE's including English and Maths, or in the gap between all children and those eligible for free school meals between 2013/14 and 2014/15. Just under 60% of all children attained 5 or more GCSEs, and a third eligible for free school meals attained 5 or more GCSEs. Contact: Felicity Porritt Tel: 07739419219 Marmot Indicators Briefing , EMBARGO: 0001 HRS TUESDAY 18TH JULY The Indicators illustrate wide variation between children eligible for free school meals by region. As with early years development, the London region had significantly reduced the gap in attainment by 2014/15. 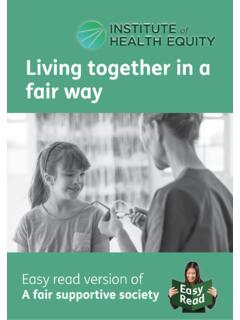 Living together in a fair way - instituteofhealthequity.org 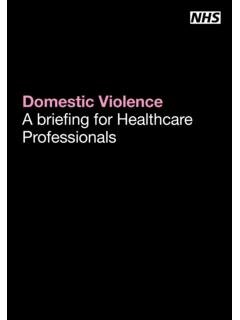 Domestic Violence A briefing for Healthcare …

As health care professionals, we are privileged to play a unique and important role in the lives of our patients. We are entrusted with the opportunity and responsibility 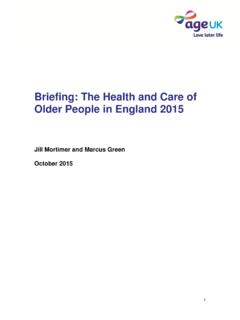 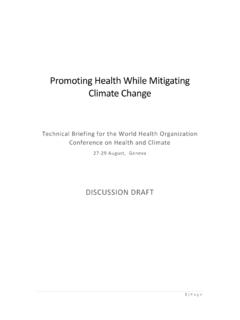 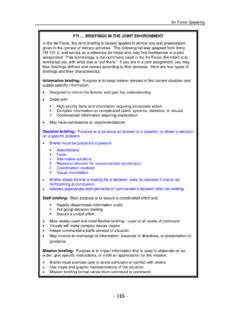 Air Force Speaking FYI … BRIEFINGS IN THE JOINT ENVIRONMENT In the Air Force, the term briefing is loosely applied to almost any oral presentation given in the context of military activities. 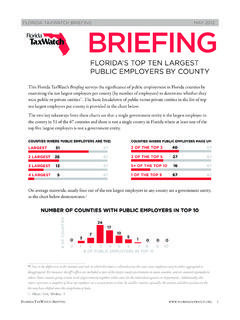 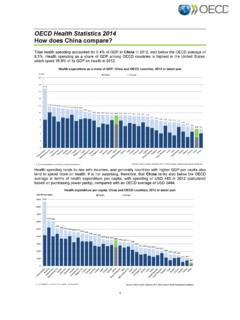 OECD Health Statistics 2014 How does China …

1 OECD Health Statistics 2014 How does China compare? Total health spending accounted for 5.4% of GDP in China in 2012, well below the OECD average of 9.3%. Health spending as a share of GDP among OECD countries is … 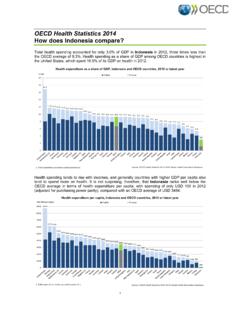 OECD Health Statistics 2014 How does Indonesia …

1 OECD Health Statistics 2014 How does Indonesia compare? Total health spending accounted for only 3.0% of GDP in Indonesia in 2012, three times less than the OECD …

BRIEFING: CHILD PROTECTION IN EMERGENCIES 4 IFRC Minimum Standards for Gender and Diversity in Emergencies and Recovery IFRC Strategic Framework on