2 The result is a more stringent to improve quality and to ness and minimal cross talk. In addition, allow the technology to expand into the design is geared toward high firing highly flexible design and electronic materials deposition frequencies. Pumping diaphragm natural manufacturing space. This applications such as integrated circuit frequencies are in the 2-3 MHz range. (IC) interconnects and display printing, System natural frequencies (with ink). combination allows the ultimately leading to transistor or are in the 100-150kHz range. Firing efficient development of a backplane applications . At the same time, frequencies up to 40kHz are routinely increased printing speeds call for higher achieved with the M-Class prototypes and high quality product family firing rates and greater overall uniformity higher firing frequencies are expected capable of servicing a broad over that operating range.

3 From the current design as development continues. range of printing MEMS processes, a set of processes developed out of the IC industry to Furthermore, this high natural frequency applications in addition to "sculpt" and assemble IC sized electro- facilitates ongoing development efforts pushing ink jet technology mechanical structures, offer fabrication of complex pulses. Spectra , Inc. has materials and processes with suitable demonstrated variable drop size and into the more generalized flexibility and capability to form the velocity-vs-firing frequency flattening Precision liquid dispensing platform for a product family to meet with the M-class devices. Both of these these evolving market needs. Silicon- features will be featured by the M-class application space. The based MEMS processing began at Bell product.

4 Laboratories in the mid 1980's. Since their following text describes introduction, MEMS devices have become Each jet of the Spectra , Inc. MEMS. current performance drivers the standard in a variety of high volume M-class head is powered by a thin fields including automotive sensors piezoelectric unimorph. The unimorph is in the Precision Micro-Fluidic (accelerometers and pressure), medical constructed in the plane of the wafer and and a MEMS based, bending pressure sensors and of course thermal consist of a thin PZT slab bonded to a Si ink jets. MEMS processes are capable in diaphragm. Actuation is in the plane of the mode, piezoelectrically the < m range and produce robust, wafer. A die consists of 304 individually actuated ink jet head, (the chemically resistant and reliable products. addressable jets that fire drops perpendicular to the wafer out of 304 in- Spectra M-class) designed The capability inherent in MEMS line nozzles.

5 Figure 1 shows the general processing allows access to a new range configuration of both an individual jet, to meet these evolving needs. of dimensionally scaled devices with how the jets are laid-out on a die and an In addition, the inherent useful performance characteristics. assembled ink jet module. Furthermore, because of the flexibility of performance and the process, new designs can be based on On each die 304 jets are symmetrically manufacturing flexibility of fluidically invariant scaling thereby placed with 152 jets on each side of the leaving the complexities of the drop firing die center line. All 304 nozzles are equally the associated product family physics unchanged. Design efforts can spaced along the centerline at a then focus on the simplified problem pitch compatible with a native 180dpi. is highlighted.

6 Involving the piezo-mechanical-acoustical The die has overall dimensions of aspects of the system design. approximately 1. The fill paths are located along the long edges of the die. Ink Acoustic Silicon and PZT. flows into the device in the plane of the wafer, through a silicon Terminator Diaphragm filter and into a pumping chamber. Upon exiting the pumping chamber, the ink flows down a descender and out the nozzle Pumping hole perpendicular to the wafer plane. Chamber OVERVIEW OF MEMS PROCESSING. The major steps in the fabrication process are shown in Figure 2. The final wafer is fabricated from a three wafer stack-up: two silicon wafers and one PZT wafer. The individual die are then singulated from this wafer stack. Silicon-on-Insulator (SOI) wafers are used twice. One forms the Body body of the device. The other becomes the inactive layer in the unimorph actuator.

7 All the non-PZT processes are standard Descender MEMS/IC processes: Metal sputtering, wafer grinding and Nozzle chemical-mechanical-polishing (CMP), Deep Reactive Ion Etching (DRIE) and silicon fusion bonding. Silicon and metal Figure 1a. Cross section of an individual jet planar geometries are defined through photolithography. PRODUCT IMPLICATIONS OF MEMS PROCESSING. A number of device level benefits immediately accrue to MEMS. processed jets. To start with, Silicon, the base material for MEMS processing, is a superior mechanical material leading to a versatile product line. Furthermore, MEMS processes are statistically capable processes for the dimensions and tolerances suitable for meeting current and future ink jet technology functional needs. Lastly, design dimensions are set with masks and can be easily changed across a wide range.

8 Together with fluidic scaling, a full product family can be efficiently designed and developed. Figure 1b. Layout of jets on a die ROBUSTNESS-CHEMICAL AND MECHANICAL. Silicon's material characteristics make it well suited as the mechanical material for liquid dispensing applications . In the M-class configuration, silicon plays two roles. In one role, it is simply the bulk material from which the ink jet structure is constructed. Here, silicon's resistance to chemical attack is of great value. Spectra , Inc. has demonstrated superior resistance to a wide range of jetting formulations including aqueous inks, solvents and both highly acidic and basic fluids. Furthermore, the fusion bonds used in the processing are no less resistant to chemical attack than the bulk material. Hence, the final die stack-up has no weak spots.

9 In addition, silicon is hard and abrasion resistant enough to allow frequent wiping and to allow Figure 1c. Full die jetting of abrasive suspensions. In its other role, a thin silicon membrane is part of the driving unimorph. Here, silicon's mechanical properties are important. Silicon is relatively light and stiff, yet remains relatively tough. Silicon's strength and stiffness is important in allowing the deformations needed to generate sufficient acoustic energy to fire drops at M-class die size scales while maintaining the overall stiffness required to maintain sound speed in the pumping chamber. Furthermore, Si has a single crystal structure and hence does not exhibit creep, fatigue or deformations even over extended cycling at very high stress levels. In addition, the thermal expansion coefficient of Si is close to that of PZT.

10 The entire unit will expand relatively uniformly and without stress Figure 1d. Die assembled into module under thermal loads. 2. PROCESSING. The micrographs in Figure 3 show the variety and Precision of MEMS DRIE processing. In the architectural approach taken with the M-class devices, the critical nozzle diameter dimension Figure 2a. Starting Wafer. Begin with a Silicon-on-Oxide is photo-lithographically defined. Nozzle spacing distances and diameters are controlled on the sub-micron level to improve jet (SOI) Wafer. straightness and reduce overall drop placement error. These same gains in production repeatability are evident in all aspects of jet dimensional definition and lead to advances in jet-to-jet and die-to-die functional uniformity. Design thickness dimensions are similarly well controlled and precise, also exhibiting 1/2. 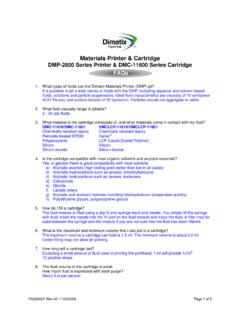 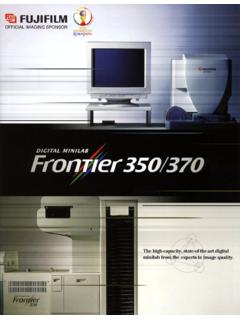 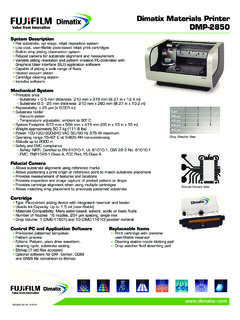 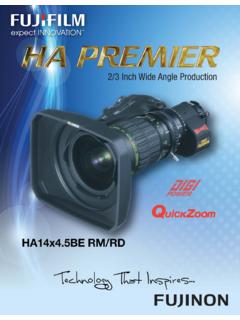 ACCESSORIES: HD & SD ENG/EFP THREE-MODE FINE FOCUS By shifting the sensitivity from the wide side to the telephoto side of … 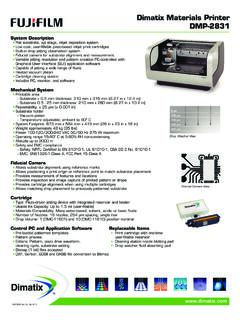 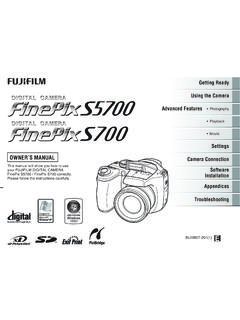 OWNER’S MANUAL This manual will show you how to use your FUJIFILM DIGITAL CAMERA FinePix S5700 / FinePix S700 correctly. Please follow the … 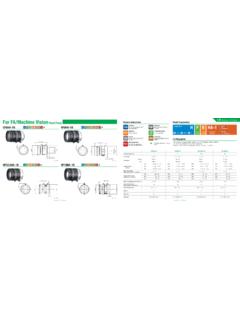 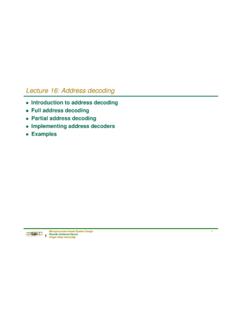 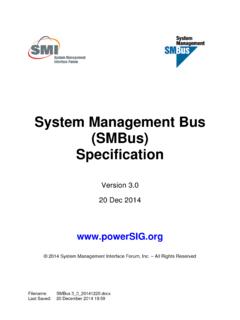 System Management Bus (SMBus) Specification Version 3.0 This specification is provided “as is” with no warranties whatsoever, whether express, implied or 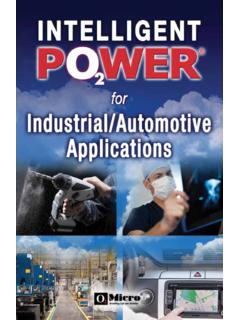 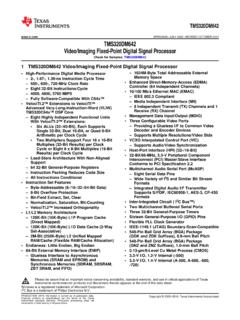