Methods for Allocating Contracts for the Provision …

2 In some jurisdictions, however, these services are still provided by local authorities. The discussion reviewed recent country experiences and compared merits and limitations of different approaches, with a special focus on how to best structure and run tenders for these services so as to minimise costs, guarantee a good level of service and ensure that economies of scale are exploited. The discussion also examined a recent reform proposal in the state of Victoria (Australia) aimed at easing restrictions on the number of taxi licences, while minimising the impact on the value of existing licences, and at increasing the quality of the service. Taxi Services Regulation and Competition (2007). Regulating Market Activities by the Public Sector (2004). Access to Key Transport Facilities (2006). Concessions (2006). Structural Reform in the Rail Industry (2005). Unclassified DAF/COMP(2013)12.

6 223. 3. DAF/COMP(2013)12. 4. DAF/COMP(2013)12. EXECUTIVE SUMMARY. By the Secretariat Considering the discussion at the roundtable, the delegates' submissions, as well as the panellists'. presentations and papers, several points emerge: (1) Restrictions on the number of licences in taxi markets are a key impediment to competition and to the delivery of its benefits to consumers. Current reform proposals in the state of Victoria (Australia) aim to gradually increase competition in taxi markets by increasing the number of licences through the issue of an unlimited number of licences at a fixed price whose real costs will decline over time. This novel approach is likely to be politically acceptable, as the costs imposed on existing licence owners by the reform are relatively small and spread over time, while benefits will accrue more swiftly. Recent reform proposals in the state of Victoria (Australia) aim to solve competition problems caused by quantity restrictions in taxi markets in a novel way.

7 The proposed changes to the licensing regime would induce a relatively slow, but full market opening. The slowness of the reform would avoid a sudden drop in the value of existing licenses and, thus, potentially costly compensations to current licence owners by the government. Barriers to entry would be gradually reduced by issuing an unlimited number of additional licenses at a fixed nominal fee. At the start this would be very close to the current value at which licences are sold on the market, but its value would decline in real terms over time. The discounted total value of existing licences would consequently be reduced relative to today's level, but this would happen slowly avoiding the steep drop that would result from an immediate full market opening. As a consequence the costs of the reform to existing licence holders and the government would be limited, while benefits are expected to materialize fast enough to create sufficient political momentum for the reform to receive support from the public.

8 (2) Price regulation is seen as necessary, but more competition on tariffs could be allowed. The proposed reform suggests that taxi fares should be deregulated in market segments where competition is likely to emerge without damaging the users, where taxis are pre-booked, while in areas where some form of price regulation remains necessary prices should not be fixed but only set as a maximum ceiling. The introduction of a more efficient and flexible price structure would allow prices to decline at non-peak time and may increase the willingness of taxis to perform short trips by allowing for higher fees for such trips. (3) Local bus transport services have features that render, in most cases, competition for the market more appropriate than competition in the market. Competition for the market is the most common and, in many cases, the most appropriate form of competition in this sector, though some countries have chosen to allow competition in the market, in general on commercial viable routes.

9 The reasons why competition is more effective when it focuses on obtaining the licences to provide the services, rather than directly on the users themselves are many-fold. Some the reasons that have mentioned are that passengers are mostly interested in the timing of service rather than in the nature of the provider, this creates strong 5. DAF/COMP(2013)12. incentives for opportunistic behaviour by bus operators, to steal customers by changing their timetable at the last minute and arriving just before their rivals. Further, a number of routes are not commercially viable, but providing services on them may be important for social reasons. Subsidies are thus necessary. Tenders, if well designed, permit to determine whether subsidies are really necessary and at which level. (4) To ensure all benefits of competition the tender procedure for the licences to provide bus services has to be carefully designed so as to guarantee a number of effective bidders.

10 There is a strong consensus among the delegates that tenders do not automatically bring about the benefits of competition, but that a satisfactory outcome depends on their careful design. In particular barriers to bidding and entry need to be low, because effective tenders require that a sufficient number of bidders participate. Barriers to bidding can generally be kept low through a transparent and non-discriminatory award procedure. The award criteria have to be clearly defined in advance and bidders must be well informed. Reduction in uncertainty from tender participation increases the incentives to submit a bid. There is also some evidence that complex tender procedures deter bidders, in particular smaller ones, because they impose a high participation cost. If smaller bidders are to be effective competitors, tender procedures should be kept as simple as possible. 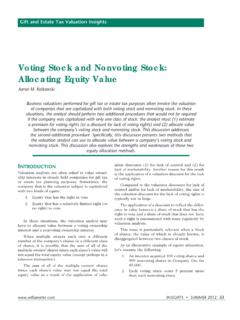 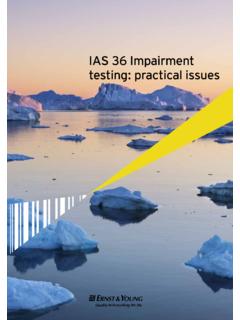 6 IAS 36 Impairment testing: practical issues Allocating and reallocating goodwill Acquired goodwill is allocated to each of the acquirer’s CGUs, operations disposed of.

Philippines Education for All 2015 National Review This report was prepared by the relevant national authorities in view of the World Education Forum (Incheon, Republic of … 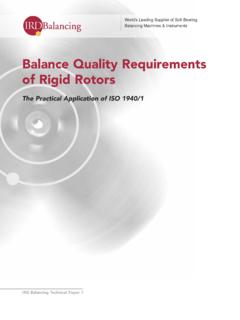 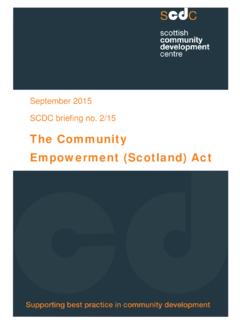