2 This report summarizes the comparative performance of these Dual-Band APs in the key areas of: throughput with up to 150 clients, maximum video-streaming clients, MU-MIMO support, auto radio-frequency-assignment abilities, and their ability to assess and adjust to interference. Key Findings: cisco s AP can dynamically change its radio to be a 5-GHz radio Only cisco s Dual-Band cisco Aironet AP can dynamically reconfigure its radio to be a 5-GHz radio and run both simultaneously, significantly increasing channels and 5-GHz device throughput. Better throughput performance with cisco In a typical Dual-Band environment, with both and 5-GHz radios operating, cisco achieved over 1 Gbps of AP throughput. Aruba posted a max AP throughput of just 714 Mbps under the same conditions. More clients can stream quality video with cisco AP The cisco Aironet 2800 can successfully stream cleanly watchable 5-Mbps video to more clients than the Aruba AP-335 can.

4 Robert Smithers CEO Miercom Wave 2 APs: cisco 2800/3800 v Aruba 335 4 DR160830C Copyright Miercom 2016 12 September 2016 2 Congestion and Interference at GHz Most of the last decade, 2000 to 2010, saw an incredible proliferation of Wi-Fi and wireless devices, virtually all of which operated in the same GHz frequency band. Since wireless devices using this ISM (industrial, scientific and medical) frequency band don t need to be licensed, the same frequencies were also used in many other devices. These include microwave ovens, cordless phones and Bluetooth devices, including cordless keyboards, all of which may be deployed alongside Wi-Fi smartphone and laptop users in the same area at the same time and in the same GHz band. The result is congestion and interference, which diminishes Wi-Fi-client throughput. As a result, newer IEEE specifications, starting with in 2009, began extending Wi-Fi transmission into the 5 GHz band.

5 Devices can work in either band. There are only three non-overlapping channels usable by Wi-Fi devices in the GHz band, but 25 non-overlapping channels in the 5 GHz band. Subsequently, 5-GHz radio components came of age by 2010 and became economically competitive. The table below shows that many Wi-Fi devices today still operate in the GHz band. However, as new ones come to market and older ones are retired, more and more are operating at 5 GHz, a band featuring many more available non-overlapping channels, much less interference and, subsequently, significantly higher capacity. Frequency Use, by Wi-Fi Standard IEEE spec Frequency When supporting devices first delivered a GHz band Largely supplanted by and products b GHz 2000 g GHz 2003 n and 5 GHz 2009 ac 5 GHz only 2013 Source: Miercom ; chart is a compendium from various published sources, including IEEE and Wikipedia.

6 Invariably, APs today still need to support Wi-Fi devices to some extent, in addition to the growing number of 5-GHz devices. This has bred Dual-Band APs. The flexibility with which the AP can automatically detect and assign the appropriate frequency for the user environment is a key capability, one which we examined in this comparative testing. Wave 2 APs: cisco 2800/3800 v Aruba 335 5 DR160830C Copyright Miercom 2016 12 September 2016 3 About the Products Tested Most of this testing pitted the cisco Aironet 2800 against Aruba Networks AP-335 competitive, marketplace-leading, indoor, Wave 2 wireless Access Points (APs). Up to six of each vendor s APs were deployed in identical indoor test environments with up to 150 wireless client devices. As shown in the below table, the Aironet 2800 and 3800 are functionally the same in nearly all respects.

8 cisco says that its 5-GHz radio supports a theoretical maximum of Gbps. And since both of the AP radios can operate at 5 GHz concurrently, the APs theoretical maximum throughput climbs to Gbps. The AP supports all Wi-Fi channel widths from 20 to 160 MHz and can dynamically switch between channel widths as the client environment and conditions require. cisco 2800 Models support internal or external antennas Aruba AP-335 Contains internal antennas Wave 2 APs: cisco 2800/3800 v Aruba 335 6 DR160830C Copyright Miercom 2016 12 September 2016 Aruba The Aruba Access Point tested, the AP-335, represents one of the vendor s top-of-the-line, Dual-Band APs as of the time of this testing. Aruba claims the AP-335 supports an aggregate peak data rate of Gbps. That is based on a max 1,733-Mbps throughput on the 5-GHz radio and an 800-Mbps theoretical max on its radio. 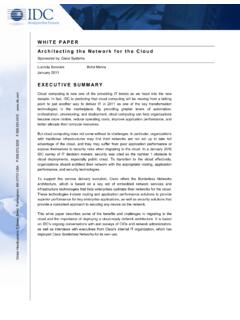 Architecting the Network for the Cloud - cisco.com

WHITE PAPER Architecting the Network for the Cloud Sponsored by: Cisco Systems Lucinda Borovick Rohit Mehra January 2011 EXECUTIVE SUMMARY Cloud computing is now one of the prevailing IT trends as we head into the new 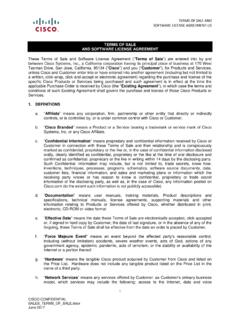 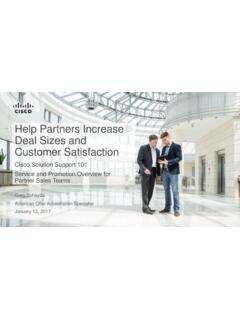 © 2018 Cisco and/or its affiliates. All rights reserved. This document is Cisco Public Information. Page 1 of 22 Cisco Identity Services Engine

Cisco Confidential Cisco Certifications and Confidentiality Agreement - Version 22 If you have been convicted of a crime that Cisco deems, in its sole discretion, in any way

Brochure 3 © 2018 Cisco and/or its affiliates. All rights reserved. Introduction Leading the Way in Collaboration Cisco® IP Phones empower your business with a new collaboration experience 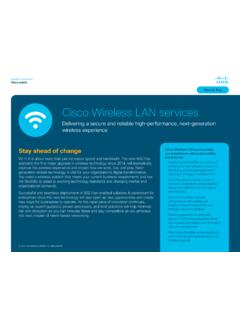 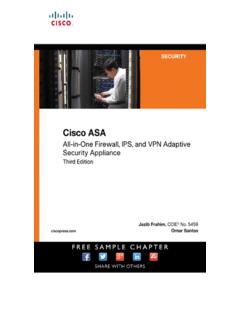 Design Your Governance Model to Make the …