4 International Cooperation Part III. Common Endeavours 10. Managing The Commons I. Oceans: The Balance of Life II. Space: A Key to Planetary Management III. Antarctica: Towards Global Cooperation 11. Peace, Security, development , and the Environment I. Environmental Stress as a Source of Conflict II. Conflict as a Cause of Unsustainable development III. Towards Security and Sustainable development 12. Towards Common Action: Proposals For Institutional and Legal Change I. The Challenge for Institutional and Legal Change II. Proposals for Institutional and Legal Change III. A Call for Action Annexes Annexe 1: Summary of Proposed Legal Principles for Environmental Protection and Sustainable development Adopted by the WCED Experts Group on Environmental Law Annexe 2: The Commission and its Work Throughout this Report , quotes from some of the many people who spoke at WCED public hearings appear in boxes to illustrate the range of opinions the Commission was exposed to during its three years of work.

5 They do not necessarily reflect the views of the Commission. Our Common future , Chairman's Foreword "A global agenda for change" - this was what the World Commission on Environment and development was asked to formulate. It was an urgent call by the General Assembly of the United Nations: to propose long-term environmental strategies for achieving sustainable development by the year 2000 and beyond;. to recommend ways concern for the environment may be translated into greater co-operation among developing countries and between countries at different stages of economical and social development and lead to the achievement of Common and mutually supportive objectives that take account of the interrelationships between people, resources, environment, and development .

6 To consider ways and means by which the international community can deal more effectively with environment concerns; and to help define shared perceptions of long-term environmental issues and the appropriate efforts needed to deal successfully with the problems of protecting and enhancing the environment, a long term agenda for action during the coming decades, and aspirational goals for the World community. When I was called upon by the Secretary-General of the United Nations in December 1983 to establish and chair a special, independent commission to address this major challenge to the World community, I was acutely aware that this was no small task and obligation, and that my day-to day responsibilities as Party leader made it seem plainly prohibitive.

7 What the General Assembly asked for also seemed to be unrealistic and much too ambitious. At the same time, it was a clear demonstration of the widespread feeling of frustration and inadequacy in the international community about our own ability to address the vital global issues and deal effectively with them. The fact is a compelling reality, and should not easily be dismissed. Since the answers to fundamental and serious concerns are not at hand, there is no alternative but to keep on trying to find them. All this was on my mind when the Secretary-General presented me with an argument to which there was no convincing rebuttal: No other political leader had become Prime Minister with a background of several years of political struggle, nationally and internationally, as an environment minister.

8 This gave some hope that the environment was not destined to remain a side issue in central, political decision making. In the final analysis, I decided to accept the challenge. The challenge of facing the future , and of safeguarding the interests of coming generations. For it was abundantly clear: We needed a mandate for change. We live in an era in the history of nations when there is greater need than ever for co-ordinated political action and responsibility. The United Nations and its Secretary-General are faced with an enormous task and burden. Responsibly meeting humanity's goals and aspirations will require the active support of us all.

9 My reflections and perspective were also based on other important parts of ray own political experience: the preceding work of the Brandt Commission on North South issues, and the Palme Commission on security and disarmament issues, on which I served. I was being asked to help formulate a third and compelling call for political action: After Brandt's Programme for Survival and Common Crisis, and after Palme's Common Security, would come Common future . This was my message when Vice Chairman Mansour Khalid and I started work on the ambitious task set up by the United Nations. This Report , as presented to the UN General Assembly in 1987, is the result of that process.

10 Perhaps our most urgent task today is to persuade nations of the need to return to multilateralism. The challenge of reconstruction after the Second World War was the real motivating power behind the establishment of our post-war international economic system. The challenge of finding sustainable development paths ought to provide the impetus - indeed the imperative - for a renewed search for multilateral solutions and a restructured international economic system of co-operation. These challenges cut across the divides of national sovereignty, of limited strategies for economic gain, and of separated disciplines of science.

Report of the World Summit on Sustainable … 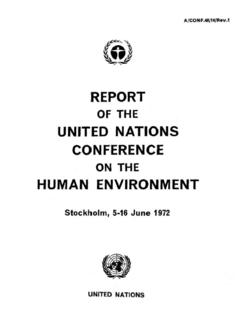 Many Voices One World - UN Documents

World, Society, Many, Voice, Many voices one world 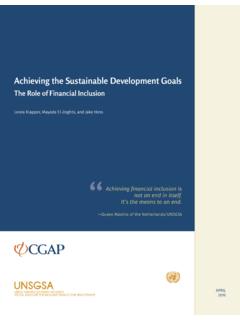 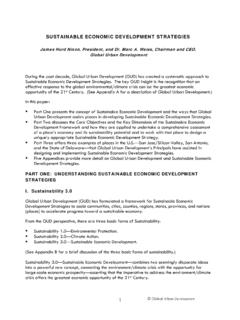