2 Most horses that have recovered well from a bout with laminitis can tolerate some grazing if the Pasture is properly managed, and horses are removed to a dirt paddock during times when NSC peak to due uncontrollable environmental conditions. These same conditions will affect the NSC of hay as well, so avoidance of green grass will not always prevent a relapse. Factors Affecting NSC Content of Grass Concentrations of NSC are highly dependent on environment, plant species, and stage of development. Cool-season grasses grown in cool temperatures accumulate sugars, starch, and fructan (5). Warm-season grasses accumulate only sugars and starch. Accumulation of NSC in grass occurs in response to stress, allowing those that accumulate the most to have a competitive advantage when the stress is over. Cool season grasses that evolved in climates with severe cold or frequent drought tend to be highest in the ability to accumulate NSC.

3 Many warm season grasses go completely dormant under severe stress and therefore do not need to fuel long periods of low level metabolism to survive winter. NSC concentrations have been shown to vary over time being low in the morning and high in the afternoon (6). Temperatures at or below 10 C caused increased WSC (sugar+ fructan) levels in perennial ryegrass (7). Perennial ryegrass with increased WSC levels are more competitive in mixed stands, more persistent after grazing with increased regrowth rates than perennial ryegrasses lower in WSC (8). In orchardgrass, water-soluble carbohydrates increased by 40% of dry matter as drought stress increased (9). Page 1 of 10. Vet Clin Equine 26 (2010) p. 361-369. Species A study to compare NSC concentration of various grass selections was conducted in Colorado, USA in a high mountain valley where the sunny, cool climate creates optimum conditions for accumulation of NSC.

6 Grass grown under one set Page 2 of 10. Vet Clin Equine 26 (2010) p. 361-369. of conditions can vary widely in carbohydrate content when grown in a different environment. Perennial Ryegrasses, known for being very high in sugar in the United Kingdom, were found to be only average when grown in New Zealand's warmer climate (7). Most improved species of grass, common in pastures and hay fields around the world, are capable of accumulating levels of NSC that are inappropriate for laminitic horses under certain conditions but may be safe under other conditions. When seeking low sugar forage, it is best to focus on conditions that do not trigger high sugar traits. Temperature Temperature has a great effect on NSC content of Pasture plants. Amount of fructan accumulated is greatly influenced by day/night temperatures, particularly just prior to harvest. The enzymes that facilitate respiration of sugars slow below 5 C and cease below freezing.

7 When grown for 4 weeks under controlled conditions, leaf tissue from cool season grasses subjected to 10 C days and 5 C nights averaged 3 times higher in NSC compared to 25 C. days and 15 C nights (10). Grasses grown under cool conditions accumulate sugars, which in turn triggers the formation of storage carbohydrates. Under cool conditions fructan formation will commence in most cool season grasses and certain broadleaf weeds, while starch will accumulate in warm season grasses and clover. Even mature, high fiber grasses can contain high levels of NSC when subjected to cold temperatures as long as some green tissue remains (11). The same respiratory enzymes become more efficient under the influence of warm temperatures. Sugars may be rapidly metabolized in hot weather, making C3, cool season grasses in summer much lower in NSC, especially if other inputs such as water and nutrients are not limiting growth.

10 C4 grasses have a different morphology and metabolism than C3 grasses. Tropical regions often have a cloudy, rainy season and a season of drought when grass goes dormant. Plants that evolve there must be able to make better use of sunlight when it is available during the wet season. C4 grasses native to temperate regions, such as the Grama grasses in the intermountain region of the USA, grow very quickly in response to warm soil and summer rains and go dormant after the soil dries or cold weather returns. These grasses have no need to accumulate NSC. As illustrated by the data in Fig. 2 the Grama grass remained low in NSC. throughout its life cycle. C4 grasses will not grow during cold weather; therefore data was missing during periods when C3 grasses were peaking in NSC. Stage of Growth Hay growers try to cut just as grass starts to develop seed heads. This is when grass has maximum yield, but before nutritional quality start to decrease. 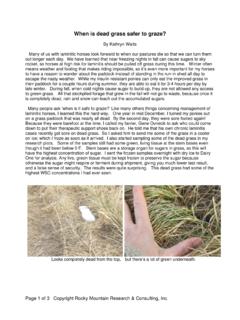 When is dead grass safe to graze - Katy Watts | …

When is dead grass safer to graze? By Kathryn Watts Many of us with laminitic horses look forward to when our pastures die so that we can turn them

Safe, Dade, When, Grass, When is dead grass safe to graze, Graze, Kathryn

Testing for sugar/starch in feeds Glycemic carbs in …

Testing for sugar/starch in feeds Glycemic carbs in hay and feed Horses vary in their reaction to carbohydrates, and so there are no absolute numbers that can be … 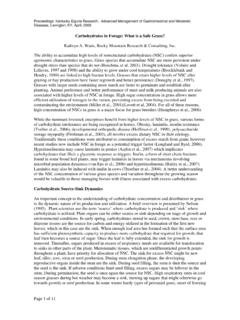 Carbohydrates in Forage: What is a Safe Grass? 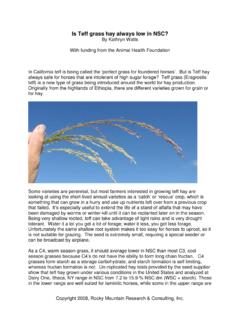 Is Teff grass hay always low in NSC? By Kathryn Watts With funding from the Animal Health Foundation In California teff is being called the ‘perfect grass for foundered horses’. 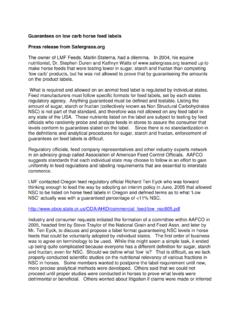 Guarantees on low carb horse feed labels Press release from Safergrass.org The owner of LMF Feeds, Marlin Statema, had a dilemma. In 2004, his equine

What kind of forage is safer? Bottom line: You cannot plant a grass that is low in sugar all the time that will survive continuous grazing of confined animals. You must learn to manage your horse's grazing and learn how to grow healthy, unstressed

What, Grass, Forage, Safer, Kind, What kind of forage is safer 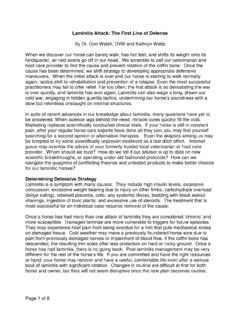 Laminitis Attack: The First Line of Defense By Dr. Don Walsh, DVM and Kathryn Watts When we discover our horse can barely walk, has hot feet, and shifts its weight onto its

not be accurate for sugar or starch. You get what you pay for. A good professional lab should have your test completed within a few days of their receipt, or a week at most. 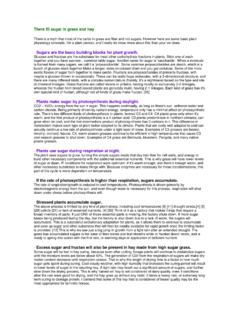 There IS sugar in grass and hay · Sugars are the …

There IS sugar in grass and hay There is a myth that most of the carbs in grass are fiber and not sugars. However here are some basic plant physiology concepts.

Sugar, Three, Grass, There is sugar in grass 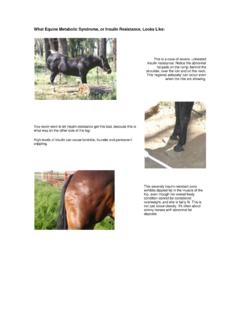 What Equine Metabolic Syndrome, or Insulin …

What Equine Metabolic Syndrome, or Insulin Resistance, Looks Like: This is a case of severe, untreated insulin resistance. Notice the abnormal

What kind of forage is safer?

What kind of forage is safer? Bottom line: You cannot plant a grass that is low in sugar all the time that will survive continuous grazing of confined animals. You must learn to manage your horse's grazing and learn how to grow healthy, unstressed

What, Forage, Horses, Safer, Kind, What kind of forage is safer, Horse s

What kind of forage is safer, Horse's