4 9. Foreign entities Details of origin of accounting standards used in compiling the report : Not applicable. 10. Audit qualification or review Details of audit/review dispute or qualification (if any): The financial statements have been audited and an unqualified opinion has been issued. 11. Attachments Details of attachments (if any): The Annual report of Patrys Limited for the year ended 30 June 2017 is attached. 12. Signed Signed _____ Date: 28 August 2017. Patrys Limited ABN 97 123 055 363. Annual report - 30 June 2017. Patrys Limited Contents 30 June 2017. Corporate directory 2. Review of operations 3. Directors' report 5. Auditor's independence declaration 17. Statement of profit or loss and other comprehensive income 18.

7 Deoxymabs Patrys has licensed the exclusive global rights to two nuclear-penetrating antibodies (3E10 and 5C6) for cancer therapy from Yale University. Deoxymab 3E10 is the more advanced of these assets, and the Company has a fully-costed development plan to progress this asset towards the clinic within the next two years. Deoxymab 3E10 has the capacity to penetrate cancer cell nuclei, inhibit DNA repair and kill DNA repair-deficient cancer cells with the BRCA2 and/or PTEN mutations. The antibody has the ability to sensitise cancer cells to radiation and chemotherapy and interfere with their ability to sustain themselves through DNA repair. These characteristics of Deoxymab 3E10 open up new avenues for researching treatment of BRCA2 and PTEN-related cancers including breast, brain gliomas, astrocytomas, head and neck carcinoma are examples.

8 Under Patrys ' guidance over the past 15 months Deoxymab 3E10 has been re-formatted as a di-single chain fragment (scFv) that is likely to reduce the risk of non-specific activation and associated side effects. A potent engineered form of Deoxymab 3E10, PAT-DX1 has been selected for testing in a range of pre-clinical cell and animal models, with data to be announced in coming months. Patrys convened its inaugural Scientific Advisory Board (SAB) in late 2016 and the SAB members, Dr. Pamela M. Klein and Dr. Allen Ebens, were involved in a review of the Deoxymab program in February and the selection of PAT-DX1 as the lead candidate for pre-clinical animal studies. Finally, Patrys has licensed global rights to 3E10 linked to nanoparticles from Yale University.

9 The nanoparticles can be loaded with standard chemotherapeutic (or other) drugs and have been demonstrated to significantly increase the efficacy of the drug therapy in pre-clinical models. IgM assets The Company has completed an investigation into the fundamental issues that arose with the manufacturing of PAT-SM6. antibody, and has identified a path forward to restart the development of PAT-SM6 and its other IgM assets. Given the significant cost and time involved with these programs Patrys will only consider reactivation on a partnered, risk sharing basis or if non-dilutive funds can be accessed. In 2015 Patrys out-licensed the Chinese development and commercialization rights for its asset PAT-SC1 to Hefei Co- source Biomedical, an integrated Chinese drug development Company.

10 Patrys received an up-front licensing fee, and may, pending the achievement of prescribed milestones, receive multiple milestone payments and royalties on eventual product sales. Patrys retains the right to develop and commercialize PAT-SC1 outside of China. Through a Joint Development Committee and personal relationships Patrys maintains a close alliance with Hefei Co-source Biomedical, and is very pleased with the progress being made. Looking ahead The small and dedicated Patrys team remains focused on progressing its Deoxymab assets, particularly PAT-DX1 and cost- effectively developing its IgM assets. The Company is also committed to pursuing a number of insurance claims related to the failed manufacturing run of PAT- SM6 in 2014/15. 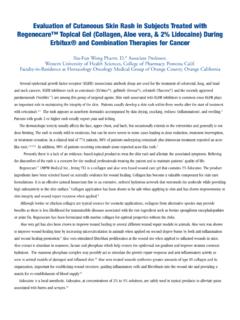 For Health Professionals Who Care For Cancer Patients

For Health Professionals Who Care For Cancer Patients . Inside This Issue: Editor’s Choice – New Programs: Nivolumab for Squamous Cell Cancer of the Head and Neck, Ibrutinib for Mantle-Cell 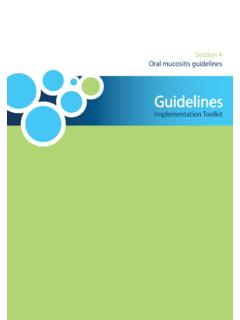 4.1 Introduction Oral mucositis (OM) can be a significant problem for cancer patients,developing as a common side effect of both chemotherapy and radiotherapy. 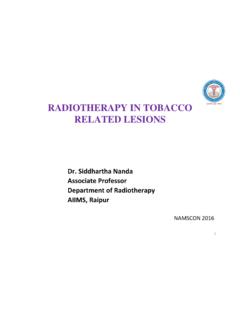 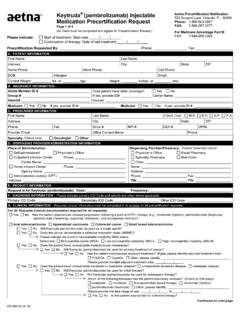 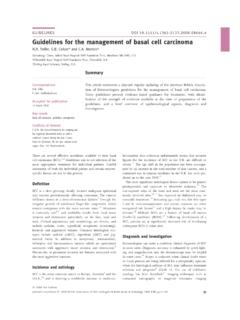 Guidelines for the management of basal cell …

SEE ADDITIONAL DIRECTIONS ON BACK SIDE - ent …

Directions, Side, Additional, Back, See additional directions on back side