PEAKY BLINDERS II. episode One 'Soldier's Heart'. SHOOTING SCRIPT. Written by Steven Knight 20/02/14. THIS SCRIPT IS STRICTLY CONFIDENTIAL. Please do not discuss the contents of this script with anyone outside the Production. Caryn Mandabach Productions & Tiger Aspect Productions 2014. PBII - Ep 1 - Steven Knight - SHOOTING SCRIPT - 20/02/14 1 OPEN ON BLACK - FLASHBACK 1 1. A 1919 penny spinning in darkness in slow motion, glinting in light. It spins slowly enough for us to glimpse the King's head spinning through shot three 2 INT. BETTING SHOP, ARTHUR'S OFFICE (1919)- NIGHT, FLASHBACK 1 2. We see the spinning coin in the air above Tommy's head, taken from the final sequence of series one, episode six. The coin continues to spin. A whistle is blown on a train platform. 3 INT. TRAIN STATION (1919) - NIGHT, FLASHBACK 1 3. We cut into the existing scene from series one. Again we witness Campbell taking Grace by surprise as she is about to board a train.

1 PEAKY BLINDERS II. episode One 'Soldier's Heart'. SHOOTING SCRIPT. Written by Steven Knight 20/02/14. THIS SCRIPT IS STRICTLY CONFIDENTIAL. Please do not discuss the contents of this script with anyone outside the Production. Caryn Mandabach Productions & Tiger Aspect Productions 2014. PBII - Ep 1 - Steven Knight - SHOOTING SCRIPT - 20/02/14 1 OPEN ON BLACK - FLASHBACK 1 1. A 1919 penny spinning in darkness in slow motion, glinting in light. It spins slowly enough for us to glimpse the King's head spinning through shot three 2 INT. BETTING SHOP, ARTHUR'S OFFICE (1919)- NIGHT, FLASHBACK 1 2. We see the spinning coin in the air above Tommy's head, taken from the final sequence of series one, episode six. The coin continues to spin. A whistle is blown on a train platform. 3 INT. TRAIN STATION (1919) - NIGHT, FLASHBACK 1 3. We cut into the existing scene from series one. Again we witness Campbell taking Grace by surprise as she is about to board a train.

3 Vengeance is not your lord. (CONT'D). PBII - Ep 1 - Steven Knight - SHOOTING SCRIPT - 20/02/14 7 CONT'D: 7. Campbell still has the gun pointed. Then a darker impulse takes over. He appears to have made a decision. CAMPBELL. Campbell cocks the trigger and Grace CAMPBELL (CONT'D). You have left me with absolutely Grace darts her hand into her bag, and pulls the trigger of her gun. Her bag explodes and the contents fly in slow motion. Campbell is hit and falls back, his gun spilling from his hand. The gun shot kick starts our theme music. Campbell falls to the ground in slow motion like a giant that has been felled. He hits the wet ground with a splash and a crunch of his head against the gravel. We should not know if Campbell is alive or dead but most will assume he is dead. 8 INT. BETTING SHOP, ARTHUR'S OFFICE (1919)- NIGHT, FLASHBACK 1 8. The moment Campbell hits the ground the spinning coin lands on the back of Tommy's hand.

4 Tommy peers down and sees the King's head. He peers at the coin, accepts its verdict and looks up at the ceiling, preparing for the rest of his life. 8A EXT. STREETS - MORNING 1 8A. TITLE SEQUENCE. In fractured images, we see two women, dressed in billowing black dresses, pushing large black prams through the streets of Small Heath. They follow the same route that Tommy took in series one title sequences. 9 EXT. GARRISON PUB, GARRISON LANE - MORNING 1 9. We pull wide and see the women with the prams arriving in Garrison Lane. We see the exterior of the Garrison pub. The structure is the same as when we last saw it, but the paint work is finer, the sign more ornate and there is reference to a chop house upstairs'. We see a Small Heath, Birmingham'. Fade out and fade (CONT'D). PBII - Ep 1 - Steven Knight - SHOOTING SCRIPT - 20/02/14 9 CONT'D: 9. Two years later'. We come a little closer to the women, down to ground level.

5 The women in black bonnets are chatting as they walk. They arrive at the outside of the pub and stop outside the front door on the corner. We can't see faces because of the bonnets and their black dresses billow. They both reach into their prams at the same time as if comforting their babies. Then they put the brakes on the prams and turn and walk, leaving the prams where they are. The women speed up and begin to run away, holding onto their bonnets and their skirts. We wait a few moments. Then the two prams explode at the same time. The front of the pub is blown to pieces. The windows are blown in and a back draught billows out. We see the explosion in slow motion and see that, along with the debris, there is also brightly colored confetti falling to the ground gently through the black smoke and shattered glass. 10 EXT. GRAVEYARD - DAY 1 10. From on high we see a congregation dressed mostly in black, standing beside a freshly dug grave.

6 Two red banners are being held aloft as a Priest incants the ashes to ashes'. graveside prayer. The red banners read Communist party of Birmingham, Bordesley' and Communist party Kentish Town'. Around the banners we find various members of the Communist party. At the grave's edge, we also find Ada, with a boy of two and a half. This is KARL. Ada's look across the grave takes us to the other side. There we find the extended Shelby family. The first face we recognize is AUNT POLLY, dressed immaculately with a black veil lifted and tight black clothes. (Around her neck she wears a Madonna made from black jet which will become relevant but we may not notice just yet). We move along the side of the grave and take in the faces (still not knowing who is dead). We find JOHN SHELBY with his wife ESME. Esme is holding a sleeping baby, one year old Then we find JIMMY JESUS with his mixed race son (ISIAH, aged seventeen).

7 Then we pass CURLY and CHARLIE STRONG. Then ARTHUR SHELBY. (CONT'D). PBII - Ep 1 - Steven Knight - SHOOTING SCRIPT - 20/02/14 10 CONT'D: 10. Next to him is FINN SHELBY. Finn has grown and is now thirteen and looks older than his years, with his hair slicked back with Brilliantine. He has become quite handsome in a tough way. Finn leans forward to peer into the grave as the coffin is lowered. A hand pulls him back into place. The hand belongs to TOMMY SHELBY. He is at the end of the line, dressed sharply in all black with a black tie. The coffin reaches the bottom of the grave and the priest nods to Tommy. Who steps up. The communists behind the red banners give him hard stares. Tommy (of course) couldn't give a damn. TOMMY. I promised my friend Freddy Thorne that I would say a few words over his grave if he should pass before me. Arthur proclaims ARTHUR. Amen. (Already we might feel Arthur has become quite odd since we last met him.)

8 Tommy ignores.). TOMMY. I made the promise when we were in France. Fighting for the King. The communists give Tommy hard stares which he absorbs. TOMMY (CONT'D). But war didn't take Freddy. Pestilence took him. But Freddy passed on his spirit and soul to a new generation before he was cruelly taken. Tommy gestures at Karl Thorne. Ada has no expression. Tommy takes out a piece of paper and it blows in the wind TOMMY (CONT'D). I promised I would read his favorite poem over his grave. He told me the poem is about One of the communists calls out COMMUNIST. Amen. (CONT'D). PBII - Ep 1 - Steven Knight - SHOOTING SCRIPT - 20/02/14 10 CONT'D: 10. We come close to Ada. She has no tears in her eyes. Tommy begins to read from the TOMMY. Scatter as from an unextinguished hearth, ashes and '. As Tommy reads we re-acquaint ourselves with the ice in Tommy's soul. He is a little older, a little wiser, a man betrayed the last time he gave anything of himself.

9 TOMMY (CONT'D). Be through my lips '. 11 EXT. CHURCH, YARD - DAY 1 11. We cut to the front of the church where the burial took place. The wind blows through the huge cemetery trees as Tommy's reading bridges the TOMMY (OOV)..Be through my lips to unawakened earth, the trumpets of a '. In wide shot we see the congregation walking up the cemetery path away from where the grave is being filled in. TOMMY (OOV) (CONT'D). O wind. If winter comes. Can Spring be far behind?'. We come close as the congregation begin to gather mill near to the exit of the church yard. On the road, near to the graveyard, a fleet of four large black cars are waiting. There are uniformed chauffeurs who smoke and chat while they wait but they stand to attention as the family appear. These are the drivers waiting to take the Shelby family home. Times are evidently good. The Shelby family slow and light cigarettes on one side of the cemetery path.

10 The communists congregate on the other side, an informal dividing line. Ada stands among the communists. Tommy, Arthur and John light cigarettes from Tommy's match. The communists smoke too and glare at the family. For a laugh John suddenly shouts BOO' at one of the communists and he jumps. John and Arthur Tommy blows smoke and, without a care for the animosity, crosses the path to Ada. (CONT'D). PBII - Ep 1 - Steven Knight - SHOOTING SCRIPT - 20/02/14 11 CONT'D: 11. TOMMY (CONT'D). Ada. I want to talk. Tommy absorbs the hard stares. Ada leaves Karl in the care of a comrade and steps beyond a crooked grave stone. The grave gives them a measure of privacy. TOMMY (CONT'D). How is the boy taking it? ADA (DISMISSIVE). He's fine. When he asks I resort to saying heaven'. A pause. TOMMY. We thought now Freddy's gone, you might come back to Birmingham. Ada half smiles, a little incredulous. She stares at the waiting ADA. 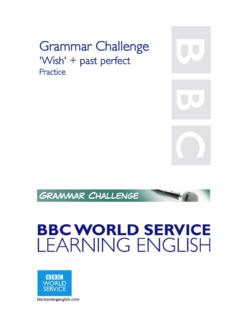 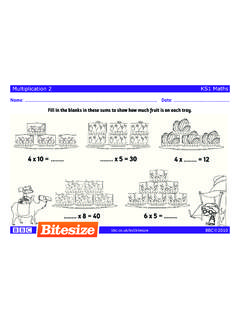 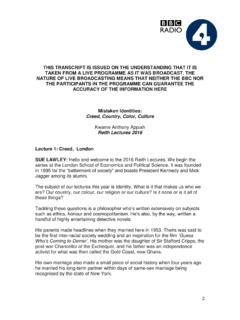 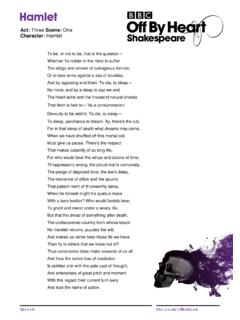 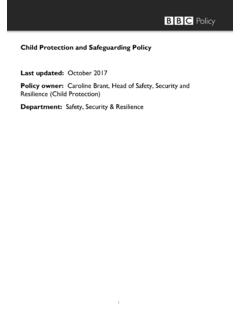 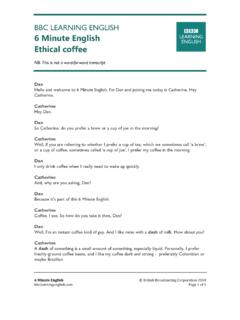 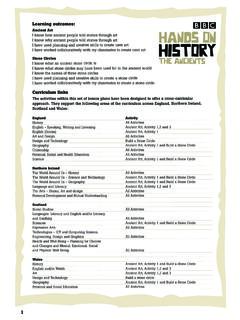 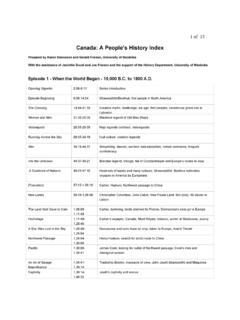 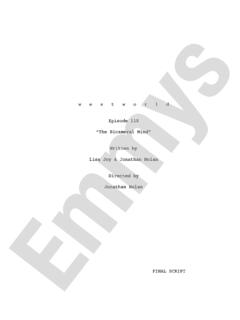 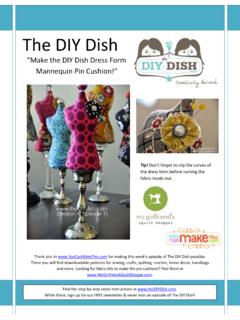 by Thank you to www.YouCanMakeThis.com for making this week's episode of The DIY Dish possible. 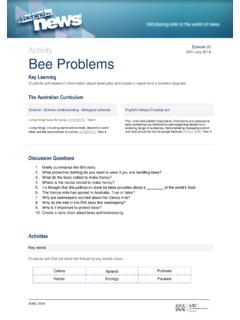 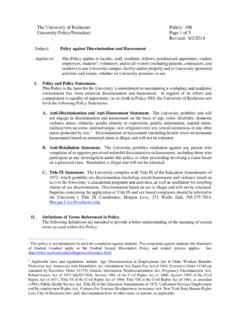 The University of Rochester Policy: 106 University Policy/Procedure Page 4 of 5 Revised: 6/1/2014 All complaints or reports involving harassment or discrimination based on a protected class or