3 19 Percentage of new staff who attended an orientation program > 80% within 3 months of being posted to the unit or department or HOSPITAL 20 Percentage of Hari Bertemu Warga HOSPITAL conducted by the > 75% 100%. HOSPITAL Director in the corresponding year LEARNING AND GROWTH. 21 Percentage of paramedics in acute care areas who have > 70% CURRENT TRAINED STATUS in Basic Life Support (BLS) in a year 22 Percentage of staffs who successfully attained the requirement of > 75% 7 days compulsory training in a year FINANCIAL AND OFFICE MANAGEMENT. 24 Percentage of HOSPITAL 's vehicles that conformed to the Planned > 80% Preventive Maintenance (PPM) schedule 25 Percentage of personnel who were confirmed in service within 3 > 95% 100%. years of their date of appointment 26 Percentage of paid bills by discharged patients from the in- > 70% patient revenue 27 Percentage of assets and inventory in the HOSPITAL that were 100% 100%. inspected and monitored at least once a year 28 HOSPITAL possesses current accreditation or ISO certification (yes = 1 1.) 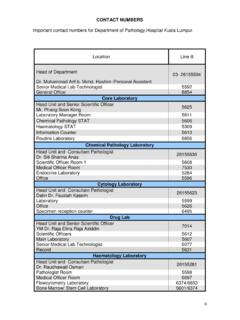 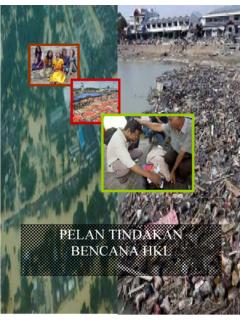 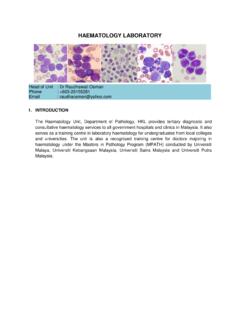 5. SPECIMEN COLLECTION 5.1. General 5.1.1. Most of the tests use venous blood samples. 5.1.2. To ensure consistent and accurate result, follow strictly to the volume of blood