Poker math made easy BY ROY ROUNDER Copyright by Roy Rounder Communications, Inc. All Rights Reserved. No part of this publication may be reproduced, stored in a retrieval system, or transmitted, in any form or by any means, electronic, mechanical, photocopying, recording, or otherwise, without prior written permission of the publisher. Published by Roy Rounder Communications, Inc. Visit and for more information. For publishing information, business inquiries, or additional comments or questions, contact Manufactured in the United States of America. Introduction Poker math is NOT rocket science. The basics of calculating Poker odds are actually quite and only require knowledge of addition, subtraction, multiplication, and division.

Calculating Outs The first step to learning poker math is to learn how to calculate “outs”. “Outs” are the cards in the deck that can give you a winning hand.

1 Poker math made easy BY ROY ROUNDER Copyright by Roy Rounder Communications, Inc. All Rights Reserved. No part of this publication may be reproduced, stored in a retrieval system, or transmitted, in any form or by any means, electronic, mechanical, photocopying, recording, or otherwise, without prior written permission of the publisher. Published by Roy Rounder Communications, Inc. Visit and for more information. For publishing information, business inquiries, or additional comments or questions, contact Manufactured in the United States of America. Introduction Poker math is NOT rocket science. The basics of calculating Poker odds are actually quite and only require knowledge of addition, subtraction, multiplication, and division.

2 If you made it past the 5th grade, you can learn to figure pot odds in no time. Personally, I played no limit Texas Holdem for YEARS without knowing ANY of this stuff. I used my instincts when deciding whether or not to stay in a hand. When I finally learned some Poker math , my skills increased considerably. Not only because I began making better decisions at the table, but because my new skills led to me to new INSIGHTS about the game and how it s played. Learning odds will expand your Poker IQ in a way that makes learning advanced strategies and theory much easier. But there s a problem. Up until now, Poker odds was only taught by a handful of pros and books, and most of the time it s been explained in a way that s too complex to understand.

3 No one has brought the world of Poker math down to an easy , step-by-step format that anyone can learn And that s my goal here. I ve done my best to explain the basics of odds calculations for the game of no limit Texas Holdem. Use this information as another tool in your in conjunction with the many other strategies and secrets you learned in my book. When you re done with this, I d love for you to email me your feedback. If there s enough interest, in the future I might write another book JUST about advanced Poker math and theory. I can be reached at While reading this report, it s important that you read the sections IN ORDER and ALL THE WAY THROUGH.

4 Each section builds on the previous sections. OK, let s get started. Calculating Outs The first step to learning Poker math is to learn how to calculate outs . Outs are the cards in the deck that can give you a winning hand. They refer to the cards that can hit the board. The more outs you have, the better. The more outs you have, the stronger your hand. For let s say you re holding: The flop comes out: How many outs do you have? Well, a ten will give you the nut and presumably the best hand. If either a King or Ace hit the board, you ll have top pair. So those cards can be considered outs as well. The answer is 3 Aces +3 Kings + 4 Tens (straight draw) =10 Outs.

5 Now the turn comes and the board looks like this: NOW how many outs do you have? Well, now you re just one spade away from a flush. So you re number of outs just INCREASED. The answer is 3 Aces + 3 Kings + 4 Tens + 9 Spades (flush draw) 1 Ten of Spades = 18 Outs. Notice that the ten of spades was SUBTRACTED at the end of our calculation. Why? The reason is because we already counted it with the four tens in the deck that would give us the straight. When calculating odds, never count the same card twice. OK, so what if someone was holding a Jack and a Queen and had two pair. How would that change things? Well, getting top pair would no longer give you the best which means the three Kings and three Aces in the deck are no longer outs.

6 This is important. Outs are ONLY cards that will give you the winning hand. The question how do I really KNOW what the winning hand will be? And the answer is you don t. This is one of the primary limitations of Poker odds and but it s also good because it maintains the unpredictable nature of the game and paves the way for other strategies-- like tells and psychology. In our example above, if someone bet heavily after both the flop and turn, you might put them on a hand like two pair or three-of-a-kind. In that case, you would only calculate the four tens, the nine spades, and then subtract the ten of spades in order to figure your outs (the answer is twelve).

7 Obviously, you ve got a fantastic hand since you re on BOTH the nut straight draw AND the nut flush draw. This is a rare occurrence, of course. OK, let s do another example. Say you ve got pocket deuces and limp in before the flop. The flop comes out: You ve hit your trips. But there are a lot of draws on the board for your opponents. There s a flush draw, straight draw, and possible straight-flush draw. All of these hands BEAT yours. Everyone checks to you. You lead out with a medium bet and get two callers. If someone already made their flush or straight they would probably so you re putting both opponents on draws. A flush draw at this point has nine outs and a 35% chance of completing.

8 A straight draw has six outs if the player is holding a and only three outs if he s holding the Ace. a normal open-ended straight draw would have EIGHT outs instead of six. But we must discount the Ace of diamonds and five of diamonds, since those would complete the flush draws. (And the flush beats the straight.) all in all there are fifteen cards in the deck that can beat you if one of your opponents is on the open-ended straight draw and one is on the flush draw. There s a 54% chance that one of these hands will hit the board and complete the hand. (We ll go over how I know these percentages a little later.) even if one of these hands hit, you still have outs.

9 There s another two in the deck, which would give you a four-of-a-kind. Or the board could pair up, which would give you a full house. Both of these hands would beat a flush or a straight. All things considered, this is a dangerous hand that can lead to someone losing all their chips. You must be careful, because you can t expect your trips to hold up. Especially since someone might have already made their flush or straight. But at the same time, if you hit quads or a full house, and one of your opponents makes his hand, you re going to win a MASSIVE pot. As we ll discuss later, your implied odds are enormous here. OK, so that s how to calculate outs.

10 Remember that you want to calculate outs AFTER the flop or not when you just know your hole cards. Knowing your outs is the prerequisite to figuring out percentages and knowing pot odds. Of course, knowing your outs in any given situation will become instant to you in no time. After a few Poker games of consciously thinking about outs, you ll quickly remember that there are nine outs for a flush draw, eight outs for an open-ended straight draw, four outs from an inside straight draw, and so on. Calculating Percentages All right, now you re ready to learn the percentages. Using the number of outs you have in a situation, you can quickly calculate your PERCENTAGE OF WINNING the hand. 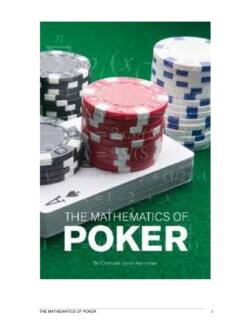 The Mathematics of Poker

employer in allowing Bill to work on poker, play the World Series, and so on. We thank Doug Costa, Dan Loeb,Jay Siplestien, and Alexei Dvoretskii at SIG for their helpful comments. We have learned a great deal from a myriad of conversations with various people in the poker community.

The Mental Game of Poker: Proven Strategies for Improving ...

“Jared has helped me develop strategies to better manage my approach to poker and business. If you are having issues with the mental side of your poker game, I recommend Jared’s services.” – Taylor Caby, Co-founder of Cardrunners “Until Jared, the only advice I had heard about tilt, even from respected coaches, was ‘don’t do it.’ 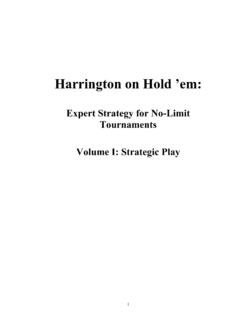 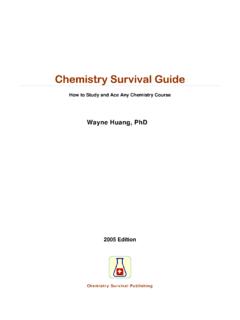 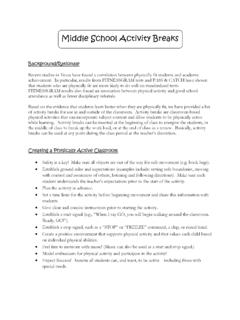 What you CAN and CANNOT send for care packages. We will try to send one a month. Please look over this carefully. If you have a question please get with Ashlee Wilson.

Why this Study? - 3 •If you know nothing of it, thank God, and learn Bible use. •If you love the Bible, then you will hate all evil gambling.