Portland Oregonian Oregonian , The ( Portland , OR). May 20, 2004. OUT OF THE WOODS POLICE RESCUE FATHER, GIRL WHO SAY FOREST. PARK WAS THEIR HOME FOR FOUR YEARS. Author: MAXINE BERNSTEIN - The Oregonian Edition: SUNRISE. Section: LOCAL STORIES. Page: A01. Estimated printed pages: 6. Article Text: The radio call to Portland police came in as "suspicious people" in Forest Park. A "hasher," or extreme cross-country runner, scouting routes in the dense, wooded area spotted an older man with bushy white hair and a beard and a young girl in a remote part of the park. They looked as though they'd been camping there for a long time. North Precinct Sgt. Michael Barkley sent four officers to the park on all-terrain vehicles to find the pair. "We had very little to go on, " Barkley recalled. "There's no way you could not do everything you could because it was a report of a child living up there.

Portland Oregonian Oregonian, The (Portland, OR) May 20, 2004 OUT OF THE WOODS POLICE RESCUE FATHER, GIRL WHO SAY FOREST PARK WAS THEIR HOME FOR FOUR YEARS

1 Portland Oregonian Oregonian , The ( Portland , OR). May 20, 2004. OUT OF THE WOODS POLICE RESCUE FATHER, GIRL WHO SAY FOREST. PARK WAS THEIR HOME FOR FOUR YEARS. Author: MAXINE BERNSTEIN - The Oregonian Edition: SUNRISE. Section: LOCAL STORIES. Page: A01. Estimated printed pages: 6. Article Text: The radio call to Portland police came in as "suspicious people" in Forest Park. A "hasher," or extreme cross-country runner, scouting routes in the dense, wooded area spotted an older man with bushy white hair and a beard and a young girl in a remote part of the park. They looked as though they'd been camping there for a long time. North Precinct Sgt. Michael Barkley sent four officers to the park on all-terrain vehicles to find the pair. "We had very little to go on, " Barkley recalled. "There's no way you could not do everything you could because it was a report of a child living up there.

2 ". After an extensive search, police located the pair the next day hiding a short distance from an elaborate camp dug into a steep hillside. Under a tarp-covered, wood-framed shelter, they found sleeping bags, a partially burnt log, a stack of old World Book Encyclopedias, rakes and other tools. A rope swing, a tilled vegetable garden ! and a small creek were nearby. The man and girl told police they had lived in the park for four years. Police were amazed to find them clean, well-fed and healthy. They said the 12-year-old girl was well-spoken beyond her years. After removing them from the rugged northeast section of the park, police questioned them extensively, had them examined by a doctor and evaluated by state welfare workers. They fingerprinted both of them and did a thorough national background check. Within 48 hours, instead of leaving them at a shelter or with state authorities, Barkley found the man a job and a place for the two to live on a friend's horse farm in Yamhill County.

3 They've been living in a mobile home for the past two weeks, getting used to heat, electricity and running water -- something they said they learned to survive without. Police would release only the first names of the father and daughter to protect their privacy. "The amazing part of thi! s was the fact that Sergeant Barkley really evaluated what was best fo r these people," North Precinct Cmdr. Scott Anderson said. "Sometimes police would be a little quicker to hand things off to state workers. But instead .. he saw this through to the end.". Disturbing sight An Australian hasher and his wife called police at 9:06 on April 28. They were disturbed by what they saw -- a man and girl at a "well-established transient camp" in Forest Park, with two swastikas carved into the ground nearby. They relayed the location, citing the Thomas Guide map: Page 565, block G6, dispatch records show.

4 That afternoon, several officers on ATVs searched the slopes of the city park for more than an hour with no luck. The next morning, the hasher escorted police back, using a compass to lead officers on foot through the twisting, waist-high foliage way beyond marked trails. Barkley also had a police plane fly overhead to try to locate the camp, but the pilot said the dense fir trees concealed the ground. After an hour-and! -a-half hike, police found the tarp-covered shelter, about 500 yards above St. Helens Road. Inside the camp shelter, there was a sleeping bag laid out on top of plastic ground-covering, a makeshift table carved from tree bark, a large metal pot, several tools including a handsaw, a Bible and several volumes of World Book Encyclopedias stacked in a red shopping basket. Girl's shoes and a doll were strewn on the ground. But no one was in sight. Police, armed with rifles and shotguns, stuck around for nearly an hour.

5 They kept silent. Was this a child kidnapper? A marijuana grower? "We were fairly heavily armed. We didn't know who'd we encounter," North Precinct Officer Joe Campbell said. "It kind of threw us all for a loop.". As officers left to go, a police dog named Lance disappeared over a hill. Officer Chauncey Curl, his handler, found Lance about 50 yards down a ridge, sniffing at a man and a girl huddled behind a tree. The man looked as! if he was in his 50s, with a thick head of white hair and a beard. Th e girl appeared young. Police immediately split up the two. Barkley questioned the girl, while Campbell spoke to the man. The man said his name was Frank. He told police he was a 53-year-old Marine Corps veteran and college graduate who served in Vietnam. He said he came to Oregon from Tacoma without a job and virtually no money. Frank told police that the girl's mother was institutionalized in New Hampshire, where his daughter was born, and the two now lived on a $400-a-month disability check.

6 Rather than live on the streets and expose his daughter, Ruth, to alcohol and drugs, they hiked deep into Forest Park and built a lean-to. Frank said they came into the city twice a week to stop by the bank, attend church, buy groceries and clothes from Goodwill, but would return to the forest, where he taught his daughter using the old encyclopedias. He described himself as a devout Christian and gave police a detailed explanation of the ancient Chinese interpret! ation of the swastika, before it became a Nazi symbol of hatred. For them, it symbolized prosperity, purity and good fortune. They grew vegetables and used the nearby creek to keep clean. They stored perishable foods in a small pool of water at the creek's edge. Before the St. Johns Bridge closed to pedestrian traffic, they used to hike down a zigzagging, rocky path from their campsite onto St. Helens Road and walk two miles to the Safeway in the St.

7 Johns neighborhood. In fact, Campbell, a 10-year bureau veteran, said he remembered seeing them walk by North Precinct. More recently, they'd take a bus into Northwest Portland to shop at the Stadium Fred Meyer. Two ask to remain together The man and girl told police that the hasher was the first person to find their camp in the four years they were out there, and were stunned police found them. Their biggest worry was being split up, police said. "Please, don't take me from my daddy," the! 12-year-old girl pleaded with Barkley, as they sat on a log talking f or at least 30 minutes, the officer recalled. Barkley, a 26-1/2-year bureau veteran who has a 6-year-old daughter, and Campbell, who taught grade school for 20 years in Montana before becoming a cop, were struck by the unusually strong relationship between father and daughter, which they viewed as sincere and healthy.

8 "What was so clear was that their living conditions were unacceptable, but their relationship was a real deep love and caring for each other," Barkley said. Campbell agreed. "To separate them would break their heart, their spirit," he said. "Their whole lives seemed to revolve around each other.". Police persuaded Frank and Ruth to leave the camp, promised to help find them food and shelter and said they'd try not to separate them. The father and daughter, leery at first, led police down their familiar trail to St. Helens Road, carrying their belongings in two backpacks that held their birth certificates, passports and c! lothes. Ruth had a calico kitten tucked in her green pack. "All of us had difficulty negotiating the path, except for Frank and Ruth," Campbell said. "And, they were in street shoes, and we were in boots.". Police took the pair to the Portland Police Bureau's Sunshine Division for clean clothes and food.

9 Campbell enlisted the help of JOIN homeless outreach worker Mike O'Malley, who found them a spot in a family shelter for two nights. The father, though, wanted to return to his old camp to retrieve a stove and tent before arriving at the shelter. Barkley let the two go back to the park but said he expected them to return to the shelter by 7 It was a risk. Barkley nervously sat at the shelter, waiting for the two, wondering if they'd show as Campbell waited in his car along St. Helens Road to give them a ride if he saw them. "Sometimes you go with your gut feeling. You go with what's best for the people, and I was going to take responsi! bility regardless," Barkley said. At 7 , the father and dau ghter arrived at the shelter. "There is a God," Barkley told Campbell. A pediatrician who examined the girl found her free of any illness, any signs of physical or sexual abuse, and was impressed that she had no cavities.

10 A criminal background check came up empty, police reports said. With some prodding from supervisors, Barkley alerted caseworkers from the state Department of Human Resources, who felt comfortable that there were no signs of abuse and the father and daughter could remain together, according to police reports. Barkley knew the shelter could house the father and daughter for two nights, but what about afterward? He thought of his longtime friend, a Portland businessman who owns a horse farm in Yamhill County. "What am I going to do? Throw them into the system? I can't keep chasing them around," Barkley said. His friend agreed to meet the two on April 30. Convinced Barkley had done his homework, the friend brought Frank and Ruth back to his farm the next morning. He said the 53-year-old is now mowing lawns, learning to drive a tractor, and that the father and daughter are riding bicycles to a nearby church on Sundays. 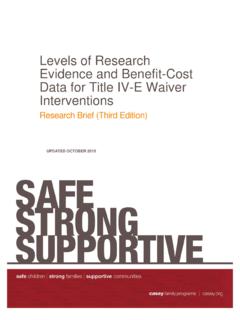 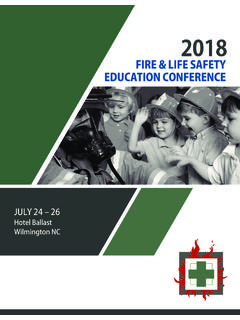 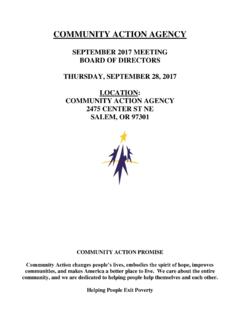