2 - As an antiemetic: For the treatment of nausea and vomiting of central origin. - As a sedative: For the management of insomnia. CONTRAINDICATIONS. hypersensitivity to methotrimeprazine or to any ingredient in the formulation or component of the container;. sensitivity to phenothiazines;. coma or CNS depression due to alcohol, hypnotics, analgesics or narcotics;. in patients with blood dyscrasia;. hepatic impairment;. brain damage;. pheochromocytoma;. circulatory collapse/severe hypotension, or severe heart disorder;. regional or spinal anesthesia. Page 2 of 18. WARNINGS. Elderly Patients with Dementia Analyses of thirteen placebo-controlled trials with various atypical antipsychotics (modal duration of 10 weeks) in elderly patients with dementia showed a mean fold increase in the death rate in the drug-treated patients.

3 Although the causes of death were varied, most of the deaths appeared to be either cardiovascular ( , heart failure, sudden death). or infectious ( , pneumonia) in nature. Observational studies suggest that, similar to atypical antipsychotic drugs, treatment with conventional antipsychotic drugs may increase mortality. The extent to which the findings of increased mortality in observational studies may be attributed to the antipsychotic drug as opposed to some characteristic(s) of the patients is not clear. Nozinan is not indicated for the treatment of patients with dementia (see PRECAUTIONS, Mortality in Geriatric Patients with Dementia-related Psychosis and Cerebrovascular Adverse Events (CVAEs) INCLUDING stroke in Elderly Patients with Dementia). Occupational Hazards: Nozinan can reduce psychomotor activity especially during the first few days of treatment.

4 Patients should therefore be cautioned not to drive a motor vehicle or to participate in activities requiring total mental alertness. Body Temperature Regulation: Disruption of the body's ability to reduce core body temperature has been attributed to antipsychotic agents. Appropriate care is advised when prescribing Nozinan for patients who will be experiencing conditions which may contribute to an elevation of core temperature, exercising strenuously, exposure to extreme heat, receiving concomitant medication with anticholinergic activity, or being subject to dehydration. Cardiovascular: As with other neuroleptics, very rare cases of QT interval prolongation have been reported with Nozinan. Neuroleptic phenothiazines may potentiate QT interval prolongation, which increases the risk of onset of serious ventricular arrhythmias of the torsade de pointes type, which is potentially fatal (sudden death).

5 QT prolongation is exacerbated, in particular, in the presence of bradycardia, hypokalemia, and congenital or acquired ( , drug induced) QT prolongation. If the clinical situation permits, medical and laboratory evaluations should be performed to rule out possible risk factors before initiating treatment with a neuroleptic agent and as deemed necessary during treatment (See also PRECAUTIONS, Drug Interactions and ADVERSE REACTIONS). Tardive Dyskinesia: As with all antipsychotic agents, tardive dyskinesia may appear in some patients on long- term therapy or after drug discontinuation. The syndrome is mainly characterized by rhythmical involuntary movements of the tongue, face, mouth or jaw. The manifestations may be permanent in some patients. The syndrome may be masked when treatment is reinstituted, when the dosage is increased or when a switch is made to a different Page 3 of 18.

6 Antipsychotic drug. Nozinan should be prescribed in a manner that is most likely to minimize the risk of tardive dyskinesia. The lowest effective dose and the shortest duration of treatment should be used, and treatment should be discontinued at the earliest opportunity, or if a satisfactory response cannot be obtained. If the signs and symptoms of tardive dyskinesia appear during treatment, discontinuation of Nozinan should be considered. Neuroleptic Malignant Syndrome: Neuroleptic malignant syndrome (NMS) may occur in patients receiving antipsychotic drugs. NMS is characterized by hyperthermia, muscle rigidity, altered consciousness, and signs of autonomic instability INCLUDING irregular blood pressure, tachycardia, cardiac arrhythmias and diaphoresis. Additional signs may include elevated serum creatine kinase, myoglobinuria (rhabdomyolysis), acute renal failure and leukocytosis.

7 Hyperthermia is often an early sign of this syndrome. Antipsychotic treatment should be withdrawn immediately and appropriate supportive therapy and careful monitoring instituted. Reproductive system: Rare cases of priapism have been reported with antipsychotic use, such as Nozinan. This adverse reaction, as with other psychotropic drugs, did not appear to be dose-dependent and did not correlate with the duration of treatment. The most likely mechanism of action of priapism is a relative decrease in sympathetic tone. Vascular disorders: Cases of venous thromboembolism, sometimes fatal, have been reported with antipsychotic drugs. Therefore, Nozinan should be used with caution in patients with risk factors for thromboembolism. (See ADVERSE REACTIONS). Pregnant Women: Non-teratogenic effects: Neonates exposed to antipsychotic drugs INCLUDING Nozinan during the third trimester of pregnancy are at risk for extrapyramidal and/or withdrawal symptoms following delivery.

8 There have been reports of agitation, hypertonia, hypotonia, tremor, somnolence, various degrees of respiratory disorders ranging from tachypnoea to respiratory distress and bradycardia. Although these events occurred most often when other drugs such as psychotropic or antimuscarinic drugs were coadministered, they may also occur with antipsychotic use alone. Signs related to atropinic properties of phenothiazines such as meconium ileus, delayed meconium passage, abdominal bloating, tachycardia and feeding disorder in neonates can also occur. These complications have varied in severity;. while in some cases symptoms have been self-limited, in other cases neonates have required intensive care unit support and prolonged hospitalization. Appropriate monitoring and treatment of neonates born to mothers receiving Nozinan are recommended.

10 Lactation: Nozinan is excreted in human breast milk in low amounts. A risk to the suckling child cannot be excluded. A decision must be made whether to discontinue breast-feeding or to discontinue/abstain from Nozinan therapy taking into account the benefit of breast feeding for the child and the benefit of therapy for the woman. Fertility disorders: There are no fertility data in animals. In humans, because of the interaction with dopamine receptors, Nozinan may cause hyperprolactinaemia which can be associated with impaired fertility in women. Some data suggest that Nozinan treatment is associated with impaired fertility in men. PRECAUTIONS. In high parenteral doses, orthostatic hypotension may be encountered at the start of treatment. Patients whose treatment is started by the parenteral route should be kept in bed during the first few days. 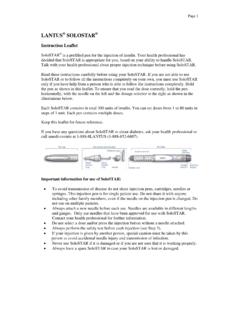 Page 1 LANTUS ® SOLOSTAR ® Instruction Leaflet . SoloSTAR ® is a prefilled pen for the injection of insulin. Your health professional has decided that SoloSTAR is appropriate for you, based on your ability to handle SoloSTAR. 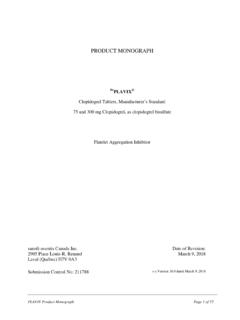 Live vaccines should not be administered to patients about to receive, receiving, or after treatment with Thymoglobulin. Concomitant administration of Thymoglobulin with live virus 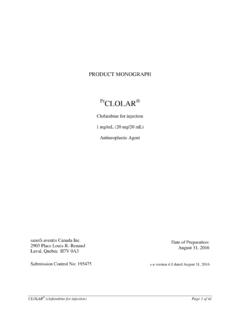 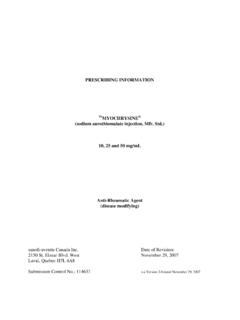 3 It is usually used for treating patients who show evidence of continued or additional disease activity despite conservative drug therapy, e.g. with salicylates or … 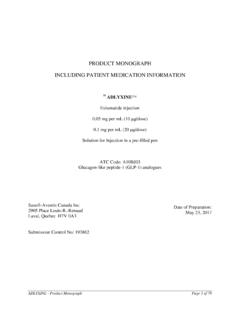 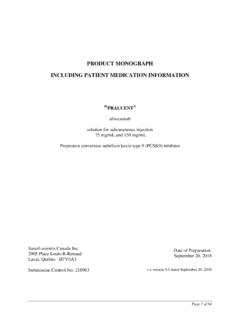 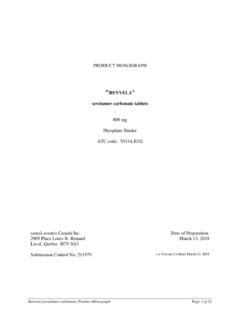 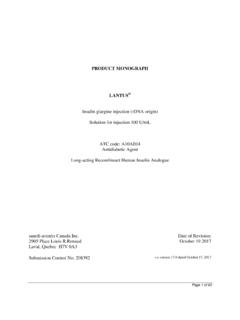 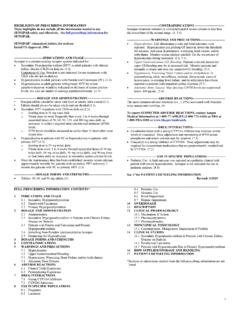 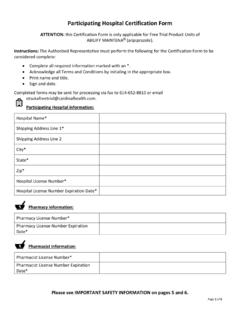 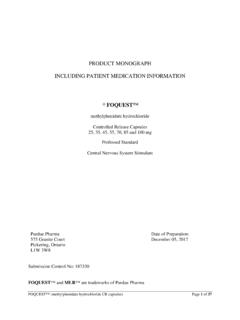 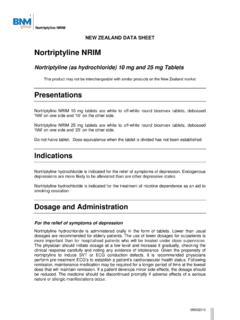 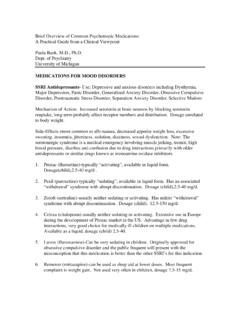 HIGHLIGHTS OF PRESCRIBING INFORMATION These highlights do not include all the information needed to use CONZIP® safely and effectively. See full precribing information for s 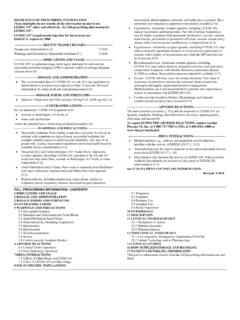